In the weeks following the end of the NCAA Tournament, teams have begun to make changes 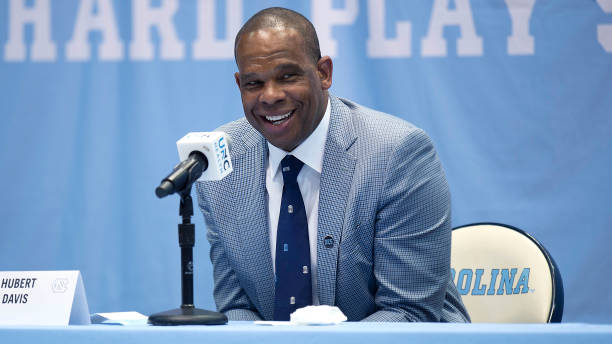 Each offseason, college basketball fans usually find themselves sitting in one of two boats, either hoping their coach returns for another successful season or begging that a new coach takes the reins and gets their team into next season’s NCAA March Madness Tournament. This past season, we here at Wake Forest found ourselves in the latter boat, excited for the debut of former East Tennessee State Head Coach Steve Forbes. Almost a year later — which Wake Forest’s men’s team has not performed a complete 180 — there has certainly been a culture change that has been brought along in part by individuals such as recent student transfer and 6’6” wing player Damari Monsanto.

While revamping the culture of an organization such as Wake Forest’s men’s basketball team (which has not had a winning season since 2016-17) is a daunting task, one may argue that it is a much more difficult task to maintain a winning culture.

The elephant in the room when discussing head coaching changes this offseason must be the departure of UNC-Chapel Hill men’s basketball head coach Roy Williams. Coach Williams has decided to retire and end his 33-year run as the Tar Heels’ head coach. Throughout his career at North Carolina, Williams led the Tar Heels to NCAA championship wins in 2005, 2009 and 2017. Williams entered the  Naismith Basketball Hall of Fame in 2007, and over the course of his 48-year career accumulated 903 wins. Of course, replacing a legendary basketball coach such as Roy Williams is a tall task for anybody. However, North Carolina has decided to stay in-house and hired assistant coach Hubert Davis as their replacement.

Davis played for the Tar Heels as a shooting guard from 1988-92 before being drafted in the first round by the New York Knicks. Davis would go on to play in the NBA until 2004 before returning to UNC as an assistant coach in 2012. One other important piece of history: with the promotion, Davis becomes the first Black coach in the history of North Carolina’s program.

UNC was not the only school to undergo a coaching change this offseason, however. Also in the ACC, Boston College parted ways with former head coach Jim Christian in favor of former College of Charleston head coach and current Clemson University assistant coach Earl Grant.

Moreover, East Tennessee State, Steve Forbes’ previous team, moved on from Jason Shay after just one season. There was reportedly some speculation that Shay wrote his exit ticket after supporting his players while kneeling in support of the BLM movement. Regardless, after Shay’s resignation, East Tennessee State decided to bring in former Tennessee assistant coach Desmond Oliver.

At the University of Louisville, coach Rick Pitino’s son, Richard Pitino, is out in Minnesota as they welcome Ben Johnson as their new head coach. Also, even after several noteworthy appearances in the NCAA tournament, Loyola Chicago was unable to keep the band together. Porter Moser is out and 29-year-old Drew Valentine is in. Also of note, former Knicks head coach Mike Woodson is making his collegiate coaching debut with Indiana, as Archie Miller is gone after spending four seasons with the team.

While there certainly are more changes to note, these are some of the larger coaching shifts in men’s college basketball that will most certainly change the landscape brought on next season. Will Indiana be able to recruit more notable players with the introduction of Mike Woodson? Will East Tennessee State be able to overcome controversy by essentially forcing their coach to resign? And will the Tar Heels have a flawless transition as they face life without Roy Williams for the first time in more than three decades?