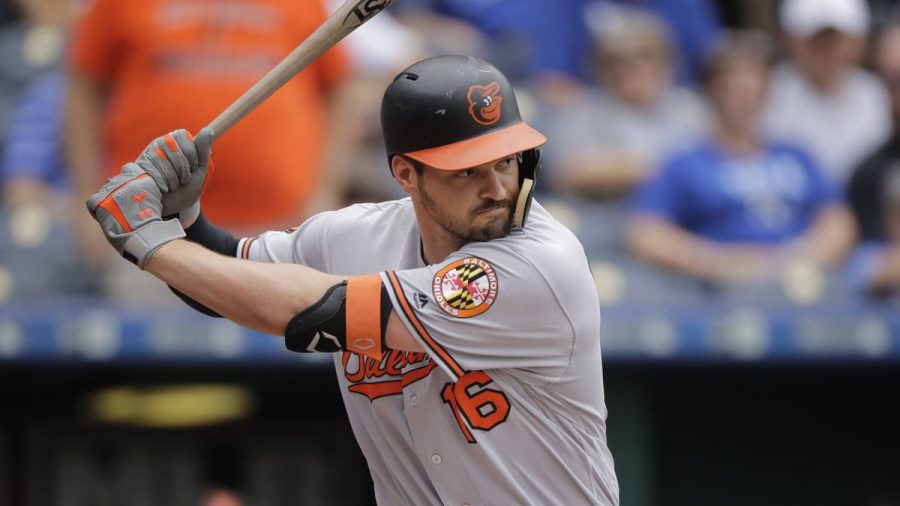 Last Saturday afternoon, Trey Mancini stood at the plate at Camden Yards in Baltimore. It was the bottom half of the first inning, and Mancini’s Orioles needed a spark to respond to the Red Sox scoring two runs in the top of the first. Mancini settled into the right-hand batter’s box and looked for pitcher Garrett Richards to throw him something he could hit.

He did not have to wait long. Richards dealt him a fastball low and inside at 95 MPH. Mancini kept his hands inside the pitch and drove the ball over the right-center wall. The solo home run got the Orioles on the board, and a follow-up blast by Anthony Santander tied the game at two runs apiece.

Even though his team eventually lost 6-4 in 10 innings, Mancini had to feel a weight lifted from his shoulders after the home run, his first of the 2021 season. The outfielder struggled a bit in the season’s first week, going 5-28, good for a meager .179 batting average up until Saturday’s game. Mancini, though, had a better reason than most struggling players to start the season slowly — he missed the entire 2020 season to undergo treatment for stage three colon cancer.

After a February 2020 visit to the hospital uncovered a malignant tumor, Mancini underwent an operation at Johns Hopkins University Hospital to remove the tumor on March 12 of last year, the day Major League Baseball suspended spring training operations due to the emerging coronavirus pandemic. Analysis of the tumor yielded essentially the worst possible result: stage three colon cancer. Mancini would need chemotherapy for at least three months, and he would be unable to return to baseball in 2020, even if the season was going to take place.

So Mancini began the devastating routine of chemotherapy at Johns Hopkins. Every two weeks he would drive from his home in Washington, D.C. to Baltimore and receive the treatment. The next week would involve crushing sickness and fatigue. Just as he would feel better, he would drive back up to Baltimore, and the cycle would begin anew. But even as distractions from the harsh reality of chemotherapy became incredibly scarce during the long months of COVID-19 restrictions, Mancini was able to focus on things besides his sickness. He set Opening Day 2021 as his goal for a return to baseball, even though he was losing weight and falling out of practice with his swing. He stayed connected to his supporters along the way, reading and watching their messages of solidarity while providing updates to social media. He drew support from the Orioles fanbase, the baseball community as a whole and even Maryland governor Larry Hogan, a cancer survivor who called Mancini early in his fight to offer support.

Even after an allergic reaction to one of his chemotherapy drugs added an additional three months of chemotherapy to his schedule, Mancini continued to fight and helped raise more than $80,000 for the Colorectal Cancer Alliance, an organization with which he plans to partner with in the future. He finished chemotherapy treatments in September and was able to return to a workout schedule in November before arriving at the Orioles’ Spring Training site in February to an emotional welcome.

Mancini started on the first day of Spring Training this year, tipping his cap to a standing ovation upon his name being called. He passed every test he faced in the spring — his speed, strength and dexterity all seemed to be as good as ever, and the 29-year-old outfielder hit for a .325 average. The only challenge left for Mancini is the day-in, day-out grind of a 162-game MLB schedule, and he is determined to pass that as well.

Even though his first week back was not his best, Mancini’s home run on Saturday (along with another on Sunday) proved he can still compete at the highest level, and his impressive 2019 season in which he hit .291 for a struggling Orioles team indicates his ceiling is among the highest in the league.