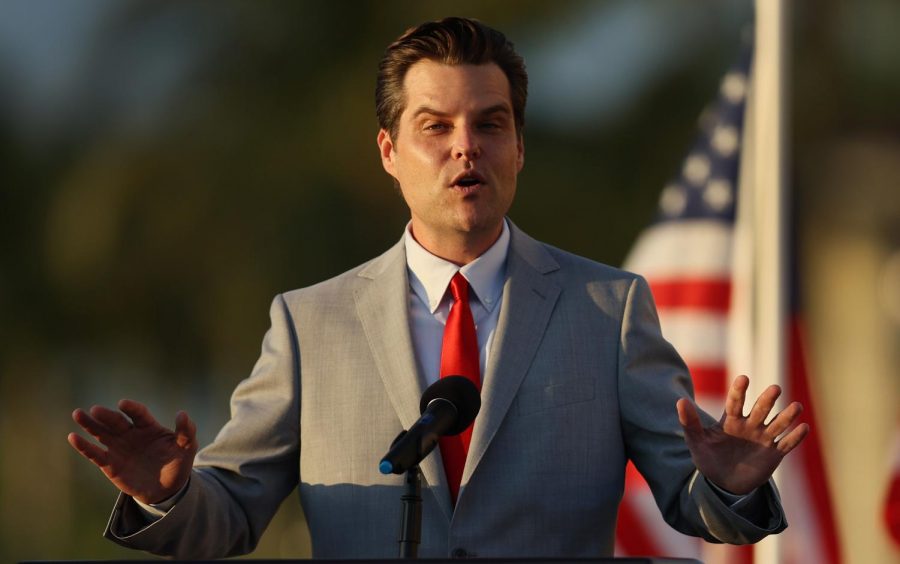 United States Congressman and Florida Representative Matt Gaetz has been accused of paying for the travel of, and having sex with, a 17-year-old girl. There are records of him paying Joel Greenberg, Gaetz’s friend accused of sex trafficking, to the tune of $300,000 for various sexual escapades.

Gaetz has once again proven that American politicians are just as incapable of advancing good policies as they are at following existing ones. It goes without saying that using your political position to take advantage of the vulnerable is vile and unacceptable. It is just as unacceptable to see numerous news organizations — and Gaetz himself — refer to the 17-year-old as a woman rather than a child so as to minimize the damage inflicted upon her and the horribleness of the situation.

I wasn’t surprised to learn that Gaetz is a longtime ally of Donald Trump, a man who has had many sexual assault allegations levied against him. However, this allyship seems to have been in vain, as Gaetz could not even secure a preemptive pardon from Trump. Sad! Despite Trump’s departure from the presidency, it seems that “locker room talk” is alive and well in these circles, as scandals like these continue to appear.

Gaetz has taken to Twitter to defend himself, claiming that the charges brought against him are part of a conspiracy to bring him and his family down. It’s simultaneously laughable and concerning to watch him desperately cling to ridiculous, unproven defenses as everything crumbles around him.

Perhaps the peak of his desperation was shown during an interview conducted by Tucker Carlson on Fox News. In the middle of the interview, Gaetz compared his situation to one of Carlson’s, seemingly trying to absolve himself of wrongdoing by implying that false allegations are widespread. The comparison astonished Carlson; he later claimed that the interview “was one of the weirdest” that he’s ever conducted. That’s one way to put it.

I wish I could say that Gaetz’s behavior is shocking, but it’s not. Time and time again, supposedly virtuous, upstanding men are accused of — and often found guilty of — committing atrocities. And every time this happens, these individuals lay blame to everyone but themselves, turning to victim-shaming, claims of ignorance or whatever other fabrication they can think of.

Make no mistake; these people know what they’re doing. They are master manipulators and will use every tool at their disposal to protect themselves and their reputations.

But this situation begs the question: why have so many lawmakers and politicians been accused of sexual misconduct?

The behavior of Matt Gaetz is emblematic of a larger issue within our political system. Until we stop giving powerful men the benefit of the doubt, abuse of power will continue in all areas of society. Every time we prioritize someone’s reputation over the well-being of those harmed, we further systems of oppression and inequality.

Matt Gaetz’s situation also showcases how normalized “locker room talk” is. He allegedly showed a woman’s nude pictures to fellow Congress members. Let me repeat that. This man was passing around nudes in Congress. The fact that he had — and still has — such a strong influence over our nation’s legislation is embarrassing and abhorrent.

If nothing else, let Matt Gaetz be an example of why we need to critically examine power structures within the American political system. His behavior is not new or shocking, and we all need to work together to call out similar abusers in all levels of society.