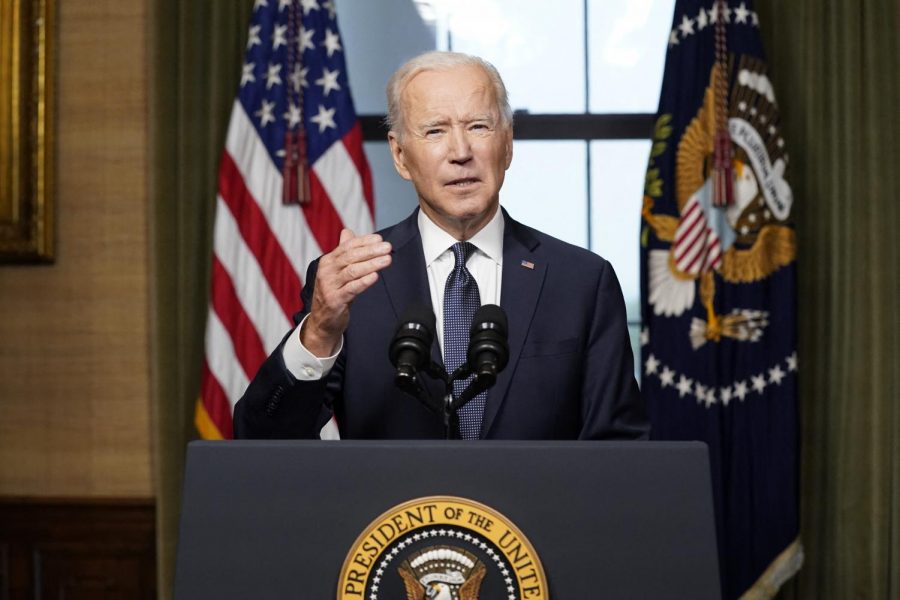 President Joe Biden has continued to make waves in the early days of his term — yesterday he announced the removal of American forces from Afghanistan, thereby ending America’s 20-year war. In his statement from the White House Treaty Room, Biden remarked that “We were attacked. We went to war with clear goals. We achieved those objectives. Bin Laden is dead and al Qaeda is degraded in Afghanistan and it’s time to end the forever war.”

I’ll be honest, throughout the beginning of his presidency, I did not have much faith in President Biden’s ability to inspire and ensure beneficial change for our country. To me, his victory in the election appeared marginal because our unending plague of partisan gridlock seemed too much for any president to overcome. Though he achieved many behind the scenes victories as vice president (the Tax Relief Acts of 2010 and 2012) and as a Senator (advocated for intervention in Yugoslavia and sanctions against Apartheid South Africa as chairman of the Foreign Relations Committee), there have been no eye-popping accomplishments that would win him public recognition.

However, President Biden’s decisive choice to finally pull our military from Afghanistan has proved my inhibitions wrong. This is undoubtedly the right decision.

It may surprise you to hear an opinion about this issue that isn’t accompanied by doubts. In truth, I know that this decision will bring grave consequences. Many experts have compared the situation to the Vietnam War, predicting that an event similar to the Fall of Saigon will occur if the United States government removes its 2,500 soldiers from Afghanistan. For most United States generals and military officials, that notion isn’t at all inconceivable, considering that the Taliban has continued to threaten multiple provincial capitals and has briefly captured the capital cities of the Farah and Ghazni Provinces, respectively (Council on Foreign Relations).

Yet, even if the government in Kabul collapses, or if the Afghani refugee crisis significantly worsens, I still believe that we will have made the right decision by pulling our soldiers out of the country.

The end of our country’s era of intimidation and deadly force is long overdue, and I cannot explain to you how grateful I am to have a President that understands that truth. We already have a generation that is learning firsthand the flawed legacy of our government — brutality in the name of security. Just as the citizens of our country restlessly ask how many more innocent people must die for effective gun legislation, we must also ask ourselves how many soldiers and innocent Afghani people must die before we end this disgusting display of American “power.”

Real power is found in compassion and empathy, not in the destruction of lives. Most people can’t even remember why our government intervened in Afghanistan in the first place. Underneath, the real reason is that we wanted to help the people of Afghanistan in the first place, to give them a legitimate government and a fair chance at life. The elimination of terrorists is a just cause, but the no-holds-barred approach of our military has only inspired others to take up the Al-Qaeda’s mantle.

Those who do not have wealth, security, or freedom in these dark corners of the world have often never seen Americans in anything other than body armor and with a gun at their side. President Biden recognizes that this reality needs to change. It isn’t as if the removal of our military presence will hamper humanitarian efforts to Afghanistan.

Dissenters will likely emphasize concerns about American security because we won’t have ground forces to personally deal with terrorist plots. To them, I would offer up the wisdom and opinion of former U.S. Army Col. Chris Kolenda who served four tours in Afghanistan and worked as a senior advisor to top U.S. generals.

“Our information networks in Afghanistan itself, as well as our detection and strike capabilities, really are the best insurance against a terrorist attack against the United States. It’s far better than keeping a small force presence in the country,” Kolenda said in an interview with Vox.

This decision is not a retreat. Though the Taliban will celebrate their “victory” over the world’s greatest superpower, our country must not allow itself to be provoked. President Biden will not let us stoop to the level of murderers. At last, we have a leader who knows true strength. If our nation is truly dedicated to the preservation of peace, we must recognize our failures and turn from them.