After six recipients among over seven million developed blood clots, the U.S. has pulled the vaccine 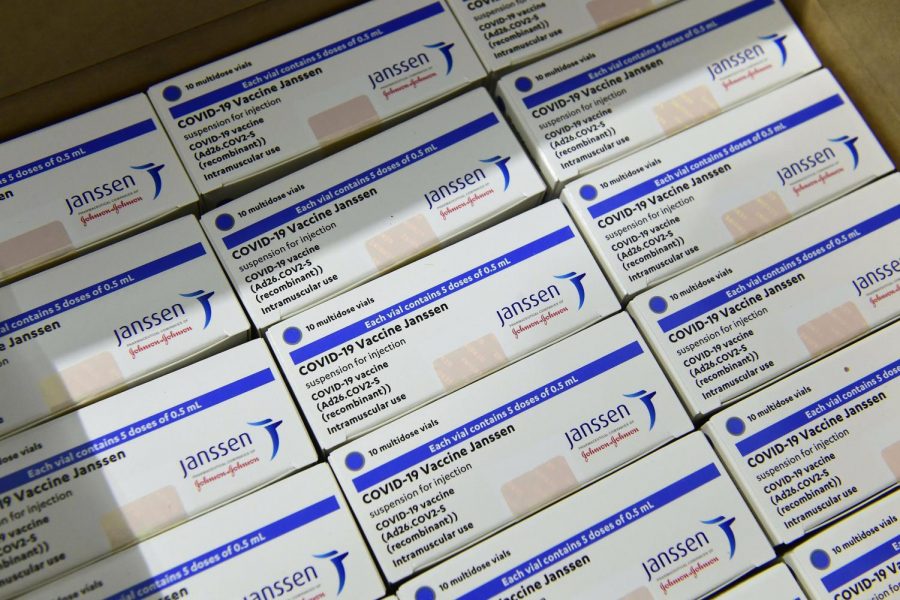 Due to concerns over blood clots, the FDA and CDC recommended that the Johnson & Johnson vaccine distribution be paused in all 50 states and in the District of Columbia.

The Food & Drug Administration (FDA) and the U.S. Centers for Disease Control (CDC) have recommended that states pause administration of the Johnson & Johnson COVID-19 vaccine until at least this Friday after discovering potential ties to blood clotting complications.

“We are recommending this pause while we work together to fully understand these events, and also so we can get information out to health care providers and vaccine recipients,” FDA commissioner Dr. Janet Woodcock told NBC News.

CNN reported that six women of the 7.5 million Americans who have received the Johnson & Johnson vaccine developed the clotting issue. One woman died, two are in intensive care, one has been hospitalized and the other two were discharged from care. All six women were between the ages of 18 and 48.

According to the American Medical Association (AMA), the women’s condition is formally known as cerebral venous sinus thrombosis in combination with thrombocytopenia. In simple terms, the condition causes low levels of healthy blood clotting and increases the prevalence of adverse clotting in the veins of the brain. Patients are vulnerable to spontaneous bleeding, dangerous levels of blood loss after minor injuries and brain hemorrhages.

The rare combination of brain clotting and low platelet counts means that physicians can not treat the patients with the blood thinner heparin, which is typically viewed as a cure for clotting issues. Instead, the FDA recommended that healthcare officials use non-heparin blood thinners and high-dose intravenous immune globulin (IVIG), according to NBC News.

In light of the CDC’s and FDA’s joint recommendation, all 50 states and the District of Columbia have paused administration of the Johnson & Johnson vaccine. The federal government has recommended that recipients of the vaccine seek medical attention if they experience a severe headache, shortness of breath, abdominal pain or leg pain within six to 13 days of receiving the Janssenvaccine.

Five of the six women initially sought medical treatment for a headache and later developed more severe symptoms related to the clots. However, headaches are also a typical side effect of the Johnson & Johnson vaccine and may not necessarily merit medical attention. According to the AMA, health officials suggest that patients consider the severity and timing of their headaches, as those associated with the blood clotting condition are severe and occur one-to-two weeks after vaccination, whereas most normal side effects of the vaccine disappear after 48 hours.

Per the AMA, Dr. Peter Marks, director of the FDA’s Center for Biologics Evaluation and Research, advised physicians to ask patients, “Is this like headaches you’ve had before? Or is the quality of the headache something that you’ve never experienced before?”

Marks encouraged individuals to seek immediate treatment if they experience a combination of symptoms or speckles on their hands and shins. Speckles signify internal bleeding, which can be life-threatening.

FDA and CDC committees are meeting this week to consider how to best proceed, and they plan to release a statement on Friday. Dr. Anthony Fauci, director of the National Institute of Allergy and Infectious Diseases, told New York Magazine that he anticipates the continued administration of the vaccine with warning labels conveying its benefits and risks.

Additionally, the pause is not likely to affect America’s vaccine rollout, per Vox. The ample supply of Pfizer and Moderna doses neither of which have reported issues with clotting and increasing vaccination rates means the United States is on track to vaccinate all adults by mid-July.

“The supply is there,” Jen Kates, director of global health and HIV policy at the Kaiser Family Foundation, told Vox. “We’re still in a good position.”