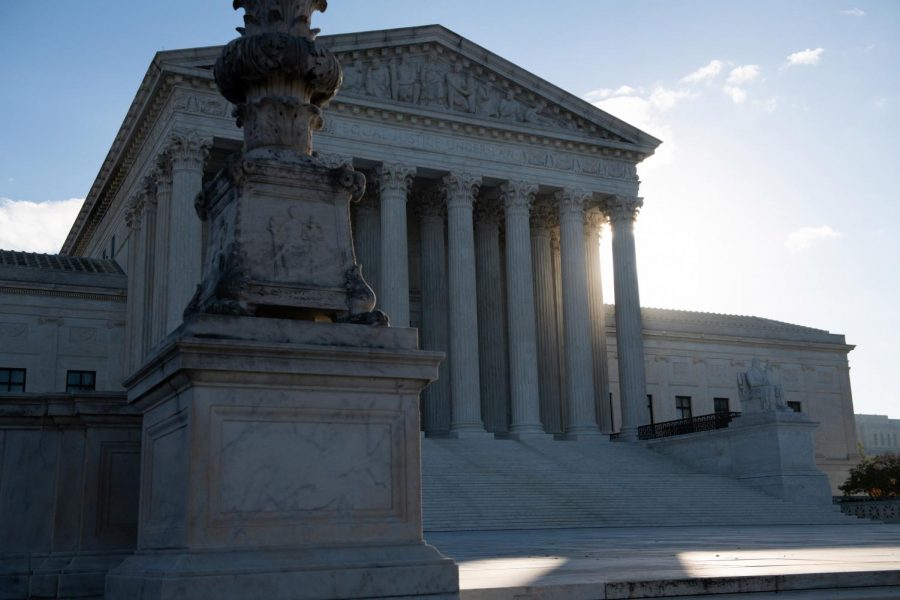 The confirmation of Associate Justice Amy Coney Barrett to the Supreme Court of the United  States in October last year solidified the Court’s conservative majority, with the court now consisting of six conservatives and three liberals. The controversy following this confirmation was comprehensive, to say the least, spanning from discussions regarding the record speed of this confirmation to Justice Barrett’s views on the decision Roe v. Wade. With an upcoming general election in the same year, talks of packing the Supreme Court following a Democratic victory surfaced. At the time, these were simply far-fetched potentialities; the election was still looming and polls were split essentially right down the middle. However, today, with a Democrat heading the United States governments’ executive branch, the possibility of packing the  Supreme Court is much more solid.

So what does packing the Supreme Court mean exactly?

The idea first came from President Franklin D. Roosevelt in 1937, following the Supreme  Court’s constant nullification of his proposed acts from the New Deal program. In response to this, Roosevelt proposed adding 6 more justices to the Court in a bill which, if passed, would allow him to add a new justice to the Court every time an existing one reached the age of 70  and did not retire. This would have allowed Roosevelt to completely alter the makeup of the  Court by appointing his choice of new justices and therefore shifting the majority of the Court in his favor.

While Roosevelt’s Judicial Procedures Reform Bill ultimately failed, a potential proposal to pack the Court from President Biden today shows more promise, especially considering the fact that the Democrats won a sweeping victory in the 2020 general election and subsequent senate run-off elections. There is a high probability that, if proposed, the bill would pass through both houses of Congress and would be implemented. In addition to this, the idea has garnered widespread support from Democrats, with 61% of them favoring or strongly favoring adding more Supreme Court justices (Marquette University). However, while we know Biden potentially could pack the Supreme Court, the far more prominent question is, should he?

One of the main arguments against packing the Court is based on preserving its legitimacy as somewhat of a neutral third party. The Supreme Court is not a politicized body of government,  its Justices are not considered officials of either political party. Its function is simply to deem whether proposed bills by the other two branches of government are constitutional or not.  However, the Supreme Court has already been politicized — and not by the Democratic Party.  Upon the death of Justice Antonin Scalia in February of 2016, then-President Barrack Obama nominated his choice to replace Justice Scalia, Merrick Garland. However, this nomination was quickly invalidated by Senate Majority Leader Mitch McConnell (Republican), who claimed that the nomination came too close to the upcoming presidential election and that the vacancy left by Justice Scalia should be filled by whichever candidate won the presidency later that year.  McConnell proceeded to delay Garland’s confirmation process for a period of 293 days,  making this the longest confirmation delay of a Supreme Court Justice nominee in history.  However, the basis of this delay was quickly forgotten in 2020 with the nomination of Amy  Coney Barrett by President Donald Trump following the death of Justice Ruth Bader Ginsburg.  Barrett was nominated on September 26th, less than two months before the presidential election, and was confirmed after exactly a month of being nominated, one of the fastest  Supreme Court confirmations in history.

The Republican Party has already demonstrated its willingness to alter the makeup of the  Supreme Court in their favor. With its current conservative majority, it heavily reflects the views of the Republican Party. An imbalance like this can prove to be detrimental to the legislative goals of the Biden administration, just as it had been to President Roosevelt’s goals in the late  1930s. Moreover, the suppressive voter bills proposed by GOP lawmakers in the 2021  legislative session, as well as Justice Barrett’s implied disdain for the decision Roe v. Wade,  indicate that this imbalance, if allowed to persist, may cause an infringement upon the rights of the people, and therefore be an affront to the precedent of freedom embedded into America’s constitution. This disparity had been manufactured by the Republican Party in an attempt to gain more influence over legislation, and it is only fair for the Democratic Party to take steps towards correcting it.