Celebrating the profound rock of our past 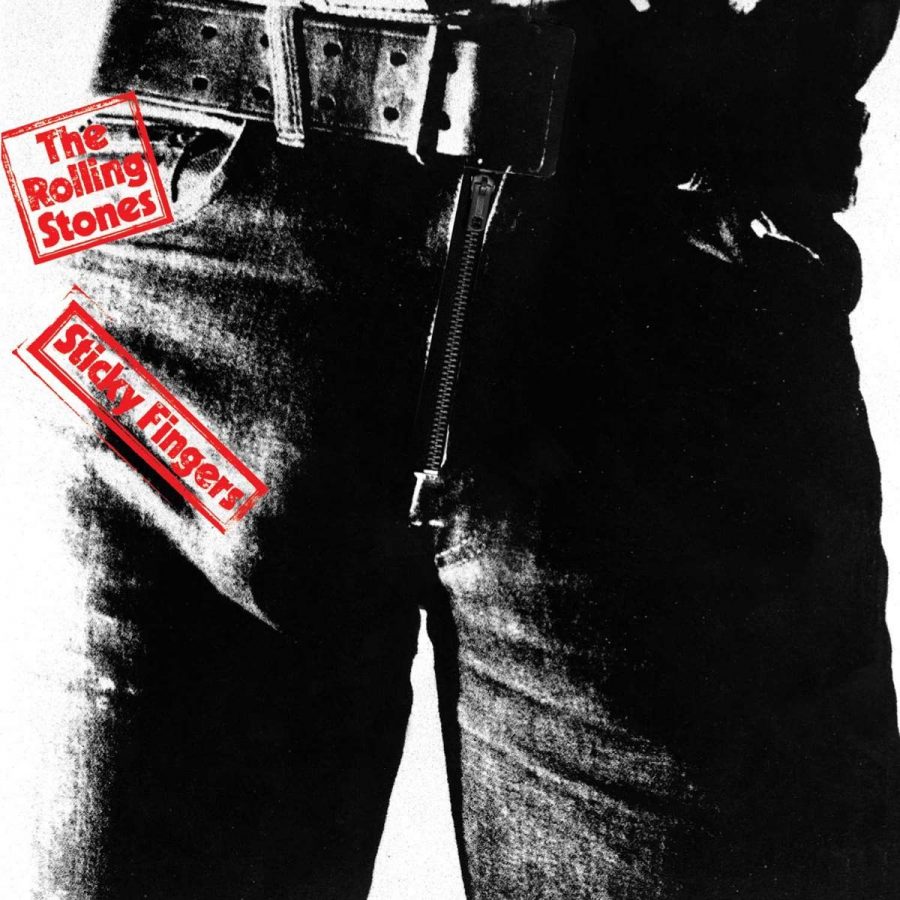 On April 23, 1971, The Rolling Stones, released their iconic album “Sticky Fingers”. Filled with sex, drugs and rock ‘n roll, The Stones’ ninth British studio album reached number one on both U.K. and U.S. music charts. With slow, blues tunes like “Wild Horses” and “Sister Morphine” mixed in with the classic jam “Brown Sugar”, The Stones continued their streak. Fast forward fifty years later and the music is still being played on radio stations, speakers, and headphones all around the world.

Most people know Sticky Fingers for its provocative album cover. The image is a photograph of model Joe Dallesandro’s pelvic area by the famous artist Andy Warhol. Due to The Stones’ sexy reputation — especially with their frontman, Mick Jagger — many fans believed this was Jagger’s body. Warhol and his team, The Factory, initially created the cover with a working zipper that revealed underwear. This was later changed to the current version because the interactive zipper damaged the vinyl inside. Although Warhol did not take the photograph himself, his message behind the image is still insinuated with the title.

The album begins with Keith Richards strumming the groovy guitar riff of “Brown Sugar” as Mick Jagger comes in with some highly controversial lyrics. The song describes a sexual, abusive and non-consensual relationship between female slaves and their master in New Orleans. Since then, Jagger and The Stones have clarified that their lyrics were not meant to be so insensitive and have apologized for their actions. Next up is “Sway” with strong drums and loud electric guitar solos. The song is mainly rock ‘n roll but incorporates some strings towards the end to add a bit of flare.

Following “Sway” is “Wild Horses” a slow and sorrowful song with both, electric and acoustic guitar. The lyrics demonstrate a longing for an individual with beautiful background voices and harmonies. Many fans believe the song is about Jagger’s on-and-off-again relationship with Marianne Faithfull, but guitarist Keith Richardson says otherwise. Richardson clarified that he intended to write the song about missing his newborn son while on tour in 1969. Then, The Stones return to their blues-rock with “Can’t You Hear Me Knocking?” which sounds like a fun jam session. The song brings in trumpets for a jazz-like vibe as Jagger shouts rockin’ lyrics and Richardson shreds his guitar solos.

The final song on side A, “You Gotta Move”, keeps the blues-rock sound strong but includes a bit more country twang. Personally, the song reminded me a bit of a slower version of Geroge Thorogood & The Destroyers’ 1982 hit “Bad to the Bone”.

Flip the record to side B to start the groovy tune “Bitch”. Similar to the vulgarity of the word, The Stones crank up the volume with lots of trumpets and electric guitar.

The energy switches again with the slow and painful song “I Got the Blues”. The trumpets, electric guitar, and stellar organ solo give off a gospel feel.

Next, “Sister Morphine” slows your brain down to make you feel like you’re floating. With slow piano and guitars, the song sounds trippy while it describes all kinds of drugs.

Then, “Dead Flowers” begins with a folk sound and an exaggerated twang from Jagger. The tune keeps an upbeat feel and amplifies the blues-rock vibe of the entire album. Finally, The Stones end with an amazing crescendo song that slowly increases in volume. “Moonlight Mile” mixes delicate strings for a soft beginning, then, proceeds into classic rock. Overall, the blues-rock album is great for a drive down the highway.