The rise and fall of the European Super League 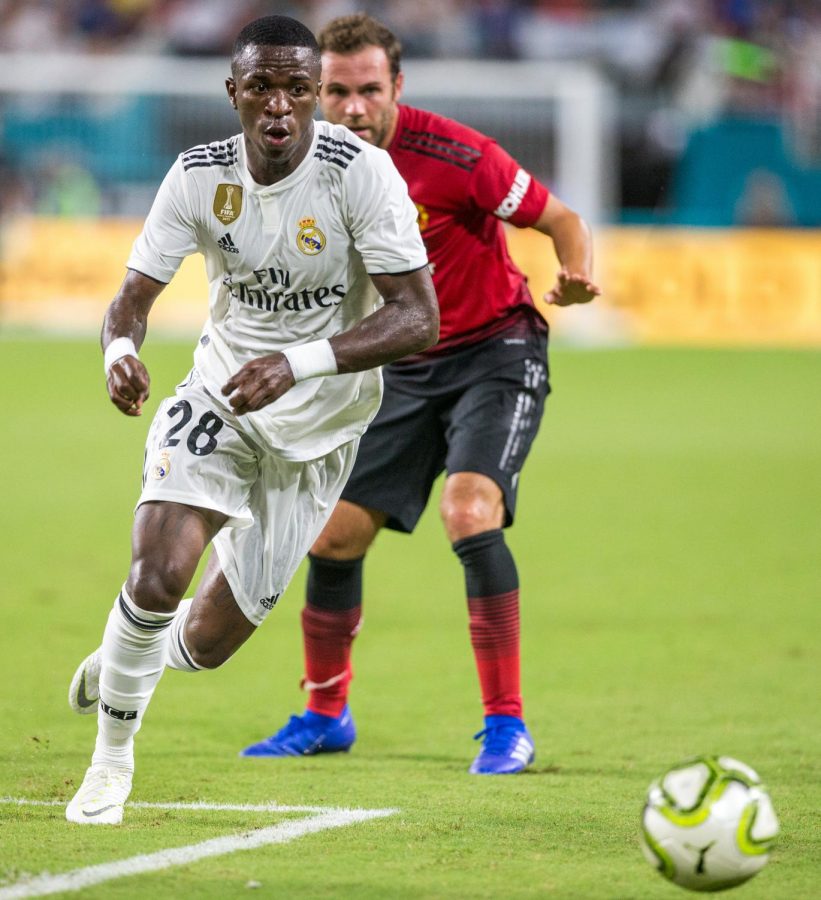 Real Madrid was one major club looking to join the new league.

The announcement for what would be the start of the richest and most glittering league ever seen in the football (soccer) world was made rather dimly.

A little before midnight on Sunday — after the jam-packed schedule of football fixtures for the day was long over — a simple three-page press release announced the daring creation of a breakaway league that would drastically reshape football everywhere: The Super League.

“We will help football at every level and take it to its rightful place in the world,” Real Madrid President Florentino Pérez said in the press release. “Football is the only global sport in the world with more than four billion fans and our responsibility as big clubs is to respond to their desires.”

The idea was to create a closed league with 15 fixed members that would showcase Europe’s biggest football clubs battling against each other on a weekly basis. The 12 founding clubs — Real Madrid, Liverpool, Manchester United, Juventus, Arsenal, Barcelona, Milan, Inter Milan, Atlético Madrid, Chelsea, Manchester City, and Tottenham — would break away from the UEFA Champions League, currently the biggest club competition in the world.

The consolidation was a clear attempt to seize control of the biggest stage in club football — along with its massive revenues — from UEFA, European football’s administrative body. They were the main attraction after all. People tune in to the Champions League every year to watch Liverpool vs. Real Madrid or Barcelona vs. Juventus, not Sevilla vs. Rennes.

How could UEFA, or anyone for that matter, stand in the way of the billionaire clubs that already dictated much of the global football business anyways? From a business standpoint, the plan made perfect sense.

“I was surprised that it hadn’t happened sooner,” said economy Professor Todd McFall, who teaches an Economics in Sports class at Wake Forest University. “The openness of bidding for players and the relegation system in European soccer makes the risk-sharing between team and player weigh so much more heavily — in terms of bearing the risk — on the teams than the players.”

The idea was to tilt the equation heavily in favor of club owners, much like the model used in American sports leagues in which fiscal regulatory measures — such as a salary cap and a closed ecosystem of franchises — give team owners more control over money circulation. It is decidedly a more profitable system than spending hundreds of millions of dollars on players not even to be guaranteed a place in the Champions League every year. Arsenal, Tottenham, and Milan, for example, didn’t qualify for the current edition.

Only one problem remained: it’s not football.

From its inception, football has been a sport based on meritocracy, where a club must earn its right to compete and win at the highest level. It is like that to this day across the European continent, where as many as 736 clubs participated in the English FA Cup in 2020-21.

No matter the size and funds that a football club might have, they all still have a shot at qualifying for and winning competitions from the local to the continental level, the Champions league included.

That’s the principle underpinning the entire promotion/relegation system present in all national leagues across Europe. That’s the tradition that runs through the centuries-old history of the sport, especially in the U.K. where the game was first played.

“Manchester United, Liverpool and Arsenal, they should know better. The history and tradition that runs through those three clubs is absolutely enormous and I value it … But, I tell you what, they leave a lot to be desired at this moment in time,” said Manchester United legend and Sky Sports pundit Gary Neville on the creation of the Super League during a Sky Sports broadcast.

Fans, players, managers, and media members alike denounced in unison what was seen as an attack on the essence of the beautiful game in favor of sheer profit for the already powerful few.

The worldwide blowback against such a tone-deaf proposal continued to escalate as club supporters, mainly in the U.K., took to the streets to protest.

Less than 48 hours after the 12 founding clubs’ joint announcement, it all came to a head when Chelsea supporters took over Fulham Road in London to protest against the Super League before the team’s home fixture against Brighton. The size of the protest was such that the Chelsea team bus could not initially get to Stamford Bridge for its Premier League game.

Midway through the protest, news broke that Chelsea was preparing to withdraw from the Super League, pulling the first thread away from the ill-fated project. Manchester City soon followed, and one by one, all six English clubs signaled their departure. By late Tuesday night, the league was suspended completely.

Thus, the most ambitious and one-sided project in football history unraveled — similarly to its sneaky inception — before the stroke of midnight.