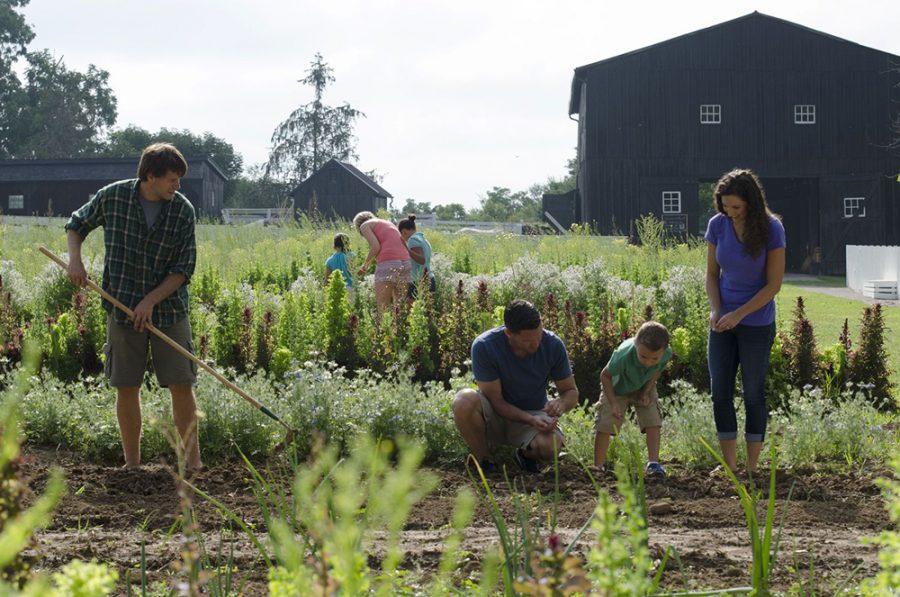 On Feb. 2, Wake Forest hosted two speakers who discussed climate change. However, they did not try to convince the audience of its existence.

“We [are] not trying to prove to anyone that climate change [is] real,” Reggero said. “We [are] trying to show them that there are people already dealing with climate change…and finding solutions for it…that those people are real.”

Reggero and Lengnick’s approach is unique in its deviation from facts and figures. They have traveled across the country to meet with sustainable farmers, and to capture these farmers’ resilience through video. They have found that climate change, felt locally, is merely change in weather. The farmers featured by the project have spent two decades innovating to confront these drastic weather changes.

One of those farmers, Bob Quinn of Quinn Farms Ranch in Montana, has been forced to adapt as his farm became more and more susceptible to the hail it used to be geographically protected from. His approach, shared in one of the Climate Listening Project’s videos, has been to diversify his practice while staying true to his commitment to sustainability.

Quinn’s experience embodies two of the traits Lengnick stresses as key to sustainable agriculture: diversity and resilience. Resilience studies are the cornerstone of much of her research, and the basis for her book Resilient Agriculture.

Among the takeaways Reggero and Lengnick hope their audience will have is that the role we play as consumers can improve.

For some students on campus, their relationship with the land and as a conscientious consumer stems from the area where they grew up.

“[Being] from California, I am very acclimated to environmental change because of the drought,” said freshman attendee Sophie Scheinman. “It is interesting to hear how nationally other environments are struggling with similar issues.”

For the Climate Listening Project, forging these connections within communities, and making them relatable nationally, is what the project is all about.

As Reggero and Lengnick continue collecting stories of climate change, they urge Wake Forest’s community to share their own stories with one another. As an integral component of the process, they also stress how important it is to be a listener, as well.

“We need stories, not just data, not just science, not just facts all the time,” Reggero said. “We need to be able to hear these stories, from these people…and in order to have that freedom of speech and that safe space, you [also] have to have [a] listener.”