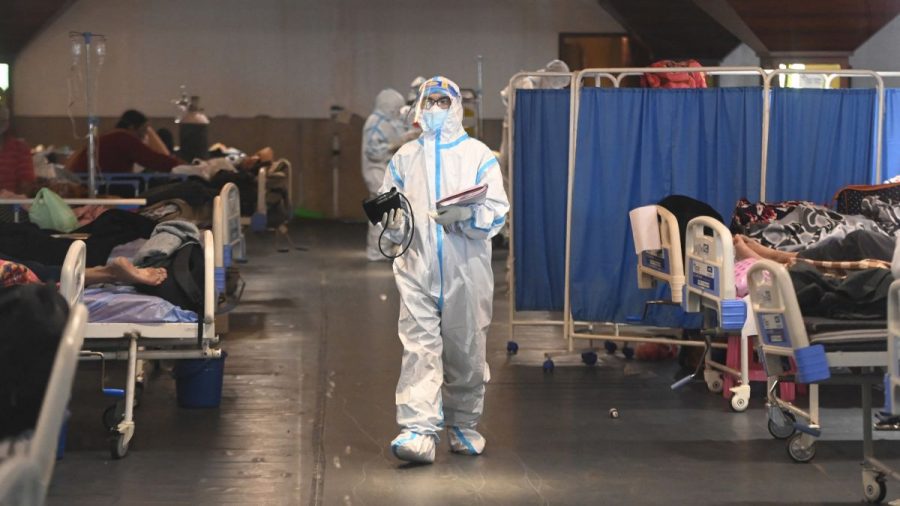 Many Indians are being turned away from hospitals, as there are no beds left. Those lucky enough to be admitted to the hospital may have to share beds.

As we enter the 14th month of the COVID-19 pandemic, many are weary of the endless lockdown procedures, the mask mandates and the social distancing protocols. With the introduction of various vaccines, such as those created by Pfizer and Moderna, the Global North is finally seeing the light at the end of the tunnel.

As of April 27, the United States has successfully administered at least one dose of the vaccine to roughly 42% of the population. Both Israel and the United Kingdom boast more impressive numbers with 62% and 50% of their populations receiving at least the first dose, respectively. The world’s superpowers are slowly defeating COVID-19 after a long and arduous battle against the invisible enemy, but who is being left behind?

Much of the developing world does not have access to vaccines in the same capacity that nations like the United States do. Wealthy nations have secured more vaccine doses than needed for their populations, leaving developing nations without adequate vaccine supplies for theirs. In a world where COVID-19 has mutated in ways that make it more transmissible and deadly, developing nations are dealing with the resurgence of the virus. In these countries, the spread and death tolls are rising to levels previously unseen.

The epicenter of this new surge is in India, where case numbers have risen to record highs of over 360,000 new cases a day. For a period, it looked as if India had tamed the virus, as cases dropped to record lows in February. Social distancing measures relaxed and the Indian government even encouraged activities such as the Kumbh Mela pilgrimage in March, despite the second wave beginning to take hold. Even as the nation descended into a state of discord, India’s prime minister, Narendra Modi, continued to hold rallies for his re-election campaign, for which Indian voters turned up in the thousands.

As of April 27, only eight percent of India’s total population is vaccinated — not nearly enough to offer any true herd immunity against the virus. Medicines such as Remdesivir are being sold on the black market to treat COVID-19 as Indians are being turned away from hospitals in droves, forced to seek treatment elsewhere. As the outbreak worsened, patients lucky enough to be placed in a hospital bed often had to share. As oxygen supplies in hospitals depleted, families often resorted to extreme measures to procure oxygen cylinders for their loved ones suffering from the disease — some have looted cylinders, and others have been forced to pay exorbitant prices.

The Indian National Government has not moved to enforce a lockdown, leaving it up to state governments to decide how to handle the outbreaks. People are dying in their homes and in ambulances as they desperately wait for a hospital bed to become available. Healthcare workers are being worked to the bone, and one would be hard-pressed to find a family who has not lost a relative to COVID-19. As the United States watches this situation unfold from thousands of miles away, it is tempting to address the issue the same way it addressed early COVID-19 outbreaks in China and Italy. It is easy to feel like this is someone else’s problem — it is tempting to look at the distance between the United States and India and think that the oceans that separate us serve as ample protection.

As early outbreaks of COVID-19 taught the world, this is not the case. A disease that originated in China managed to disrupt the world, and as cases surge in India and the potential for viral mutations rise, it could very well happen again.

One way that the United States could aid India and nations like it is by waiving the intellectual property rights that prevent developing nations from accessing the vaccine formulas that have life-saving potential.

COVID-19 is a global pandemic, and therefore, the global community must work together to find collective solutions to this crisis.