Despite a strong hold on Congress, the Biden administration excludes healthcare reform legislation 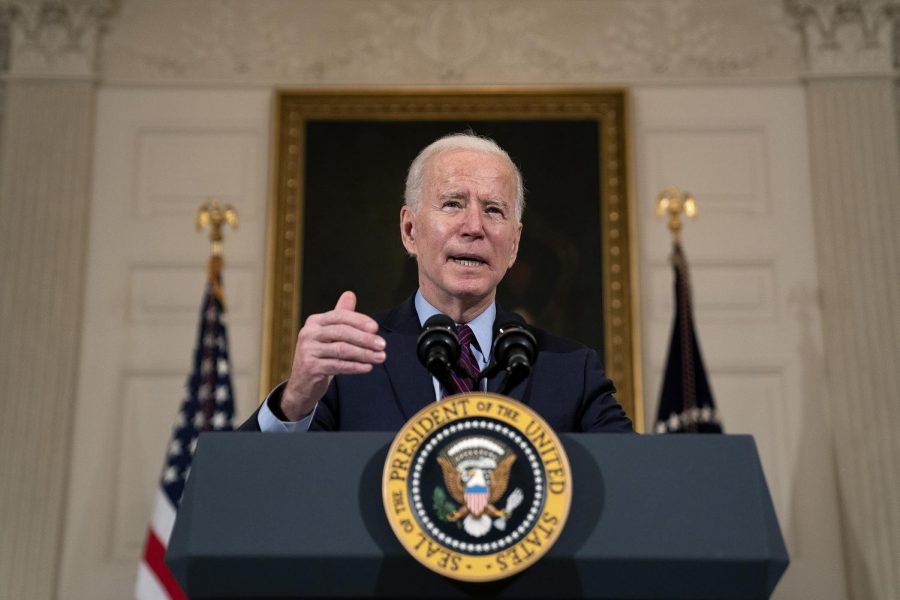 Imagine this: in the midst of one of the more arduous economic recoveries in United States history, President Joe Biden takes the stage at his joint address to Congress and announces legislation that will cut prescription drug prices. The proposal is a slam-dunk against Big Pharma’s malevolent, steady price hikes (21% in 2019 alone, per Rx Savings Solutions) and the virtual crowd of officials, including millions of Americans watching at home get up onto their feet and celebrate. This all sounds great, right?

The issue is that although it could be great news for millions of Americans, this scenario is, well, just that — a scenario and nothing more. Last night President Biden introduced the $1.8 trillion dollar American Families Plan and though he called for drug price legislation, the changes to expand Medicare coverage were omitted from the plan.

It isn’t as if President Biden will lose any support or backing of his Democratic constituents in Congress for this move, which is a sad truth in itself. More than 17 Senators and 80 House Democrats actually sent a letter to the president that called for this necessary change (Speaker of the House Nancy Pelosi included), but for most members of the media and political officials — many of whom are bought out by pharmaceutical companies — a brief message about the issue will suffice.

If I was a newcomer to American politics, I would say that I am shocked about this failure of the Democratic Party. Yet at this moment in our country’s history, I can be shocked by absolutely nothing and emboldened by almost everything. The exclusion of this legislation would appear surprising to any passing observer because of the sheer amount of momentum on the side of the Democratic Party. They control both the White House and Congress and are arguably seeing more bipartisan support for reforms — partly due to the crumbling state of the Republican Party and partly because of the dire straits in which our country now finds itself.

For the Democrats, who have historically been the lesser-funded party with regards to donations from the PACs of the pharmaceutical industry (46.6% of contributions in 14 of the past elections since 1990, according to STAT), this cannot be seen as anything other than an under-realized failure of Biden’s first 100 days. I will admit that I have been increasingly impressed with his leadership and accomplishments this spring, but I can’t let such an important problem slide away uncriticized.

Another set of price hikes for prescription drugs threatens our prideful notion that we changed who we were during the pandemic. In actuality, the dragon (COVID-19) was at the door and the king (United States government) hired the knight in shining armor (Pfizer, J&J, etc.) to rescue the damsel in distress (U.S. citizens). This is a picture that looks fantastic on paper, but has many red flags underneath. For example, it turns out that the U.S. government hired ATI (Advanced Technologies International), a defense contract management firm, to negotiate their contracts with these private pharmaceutical companies, effectively rerouting the contracts from public records.

Granted, this was a measure exercised by the Trump administration’s “Operation Warp Speed”, whose mission speaks for itself. Sometimes the government must cut bureaucratic corners and restrict public information to save lives. I am merely highlighting something many believe to be a dangerous sign.

In truth, I’ve seen a president make Biden’s exact choice to politely disregard these rising drug prices before. Former President Donald Trump constantly appeared bullish on drug-price negotiation and then came up short of supporting the Elijah E. Cummings Lower Drug Costs Now Act or even negotiating Medicare. Even though they tried, the Obama administration scrapped legislative changes for Medicare drug-pricing at the conclusion of their second term.

I believe that it’s perfectly rational for me to demand a fight out of the government officials that I voted to elect. The eight percent of Americans who skip their prescriptions because they can’t afford them (National Center for Health Statistics) deserve a team of officials who won’t concede. Real change on the health front can’t just be statewide, like Colorado’s law to lower prescription drug costs through Canadian and foreign imports. It is my hope that President Biden will do more than mention the health crisis that has plagued America long before the coronavirus.