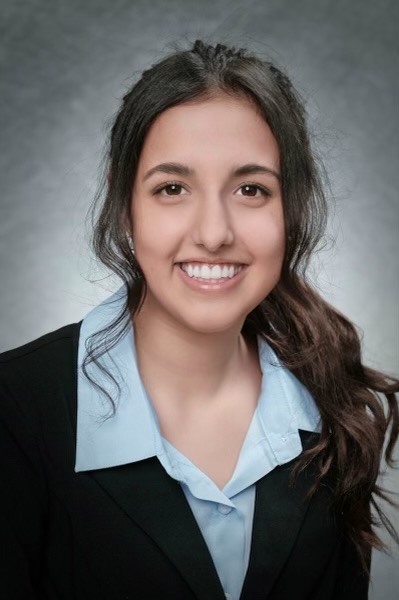 A first generation college student, Rose Savocchi didn’t know what to expect when choosing Wake Forest. She grew up alongside eight siblings and staying close to home was an important factor in her decision.

Accounting is a challenge for many Wake Forest students, but Savocchi met that challenge head on.

“For some reason, I found myself really engaged in class and interested in the concepts,” she said. “It quickly became my favorite class because it involves numbers, simple math, organization and clear paths to the answers. I liked how there was a specific set of rules and steps to follow to get the final answer.”

Introduction to Accounting taught by Professor Wilkerson was Savocchi’s academic “lightbulb” moment. It sparked Savocchi’s interest in the subject and led her to consider a career in accounting.

“I like the idea that the work accountants do is so essential to the stability of the stock market and the entire economy,” she said. “It’s our job to ensure that people like you and me can trust the information companies’ release.”

Despite the challenge of her accounting class, Savocchi said it was this class, and Wilkerson’s teaching, that led to her passion for accounting.

“Although the class was difficult, [Wilkerson] always provided a sense of calmness with his presence. I felt like I just clicked with his teaching style. I also had the opportunity to have him again my senior year, for Ethics,” Savocchi said.

Not many people get to take multiple courses with the same professor, but Savocchi embraced the opportunity.

“[Ethics] was extremely different because instead of technical topics, we read books, articles and explored moral leaders,” Savocchi said. “It was cool to see Prof. Wilkerson in a different way, because everyone knew him as a tough professor who teaches an extremely difficult accounting class, but in Ethics he was much more laid back.”

Savocchi continued: “It felt as if he was learning from us. He let us lead the class discussions, and really wanted to see what our own interpretations of various passages were. He also opened each class by asking someone to share one piece of good news, whether it be something as small as you had a delicious BEC (Bacon, Egg and Cheese) for breakfast or as big as you just got a puppy.”

Wilkerson reciprocated Savocchi’s praise and spoke highly of her intellectual abilities and tenacity.

“I was Rose’s instructor in her very first accounting course (ACC 111) and again, in one of her last courses (ACC 390),” Wilkerson said. “What I learned about Rose in that first class was just how intellectually tenacious she is, never content to simply get the accounting mechanics, but always pressing for a clear understanding of the conceptual underpinnings,”

He continued, “What I learned about Rose in ACC 390, a discussion-oriented seminar-type course, is that her class contributions are always substantive and can always be counted on to move the class discussion in positive directions. I have no doubt that Rose will have a successful and fulfilling professional career, and I wish her the very best and continued success.”

Savocchi not only had high aspirations during her four years at Wake Forest, but she also looks forward to a successful career.

“I’m pursuing my MSA at Wake Forest in the fall, and after, I hope to become a CPA and start my career at Ernst & Young in their audit practice, specifically in the capital markets sector.”