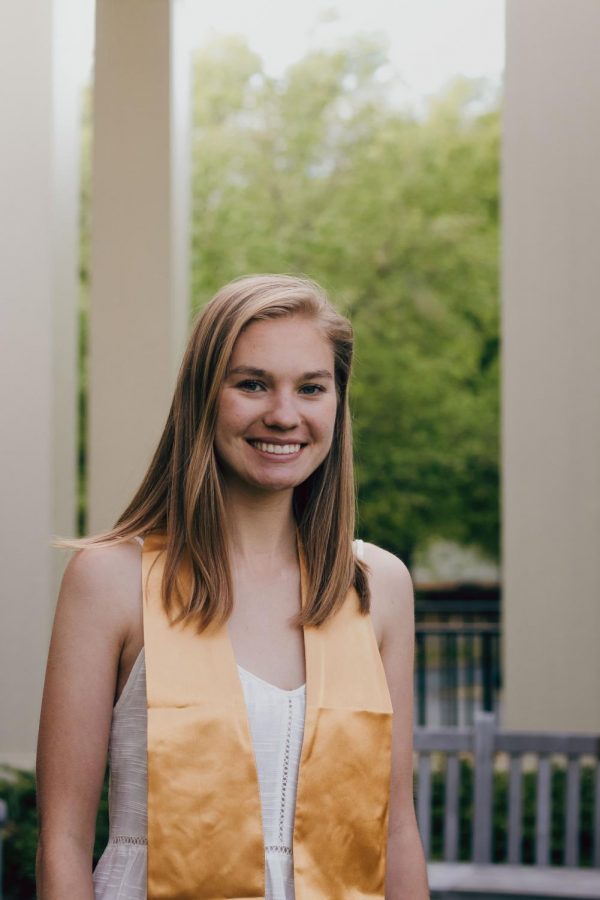 Carolina Conway grew up in Boone, N.C., a mere stone’s throw from Reynolda campus. When it came time to choose a college, Conway noted that Wake Forest stood apart from other schools, in part due to the opportunities the abroad office provided to explore other countries.

“I was drawn to the study abroad program,” Conway said. “Wake Forest just felt like the best fit out of all the schools that I applied to.”

Conway began her college career without a clue as to which subjects she wanted to pursue and study. As it turned out, her first semester in Winston-Salem yielded several important breakthroughs that would set the tone for the remainder of her time as an undergraduate student.

“I took an Introduction to Anthropology class my first semester of my freshman year,” she recalled. “I really loved that class, it opened my eyes to how cool it was to learn about anthropology … I wanted to learn more.”

Upon electing to pursue a degree in anthropology, Conway never looked back. She explored every corner of the department, learning about a wide variety of important topics within the field.

“I studied ecotourism in Chile when I did the Southern Cone program my sophomore year,” she said. “That was a really rewarding experience. Last semester, I [also] took [a] class [called] Global Justice and Human Rights in Latin America. That was really eye-opening.”

Outside the classroom, Conway has left an enormously positive impact both on campus and in the surrounding community. She’s heavily involved in Outdoor Pursuits, Campus Garden and the Office of Sustainability and is also a member of Wake Forest’s service fraternity, Alpha Phi Omega.

Conway’s decorated college career taught her plenty of lessons she was happy to pass along to the younger members of the Wake Forest student body. She spoke on the importance of following your passions and enhancing the academic experience by connecting with professors and faculty.

“Don’t hesitate to pursue topics that you’re really interested in,” Conway said. “And don’t hesitate to reach out to other professors or upperclassmen  — people are always willing to help out and give you opportunities to learn more.”

Dr. Paul Thacker, who Conway cited as one of her favorite professors in the department, gave his former student glowing remarks.

“Carolina has the rare ability to understand and apply anthropology in socially relevant ways,” he wrote. “She influences everyone she interacts with by listening and understanding with respect and care, yet she never shies from asking difficult questions.”

As graduation nears and she prepares to embark on a new adventure, Conway noted how grateful she was that her time at Wake Forest enabled her and her peers to explore the wonders of the natural world.

“I think some of my favorite memories have been leading outdoor trips, camping with friends and sharing that experience of the outdoors with them,” she said.

Though her time as an undergraduate is rapidly drawing to a close, Conway still hasn’t fully grasped that this chapter of her life will soon be ending. She’ll miss Wake Forest, but even so, she’s confident she can look back on her college days without any regrets.

“It’s definitely bittersweet,” she admitted “[But] I’m excited for the next steps.”

The next phase of Conway’s life will involve the very thing that defined so much of her time at Wake Forest: the outdoors. She accepted a job in New Mexico working as a ranger for the Bureau of Land Management, and she’s ready to take the plunge into the professional world.