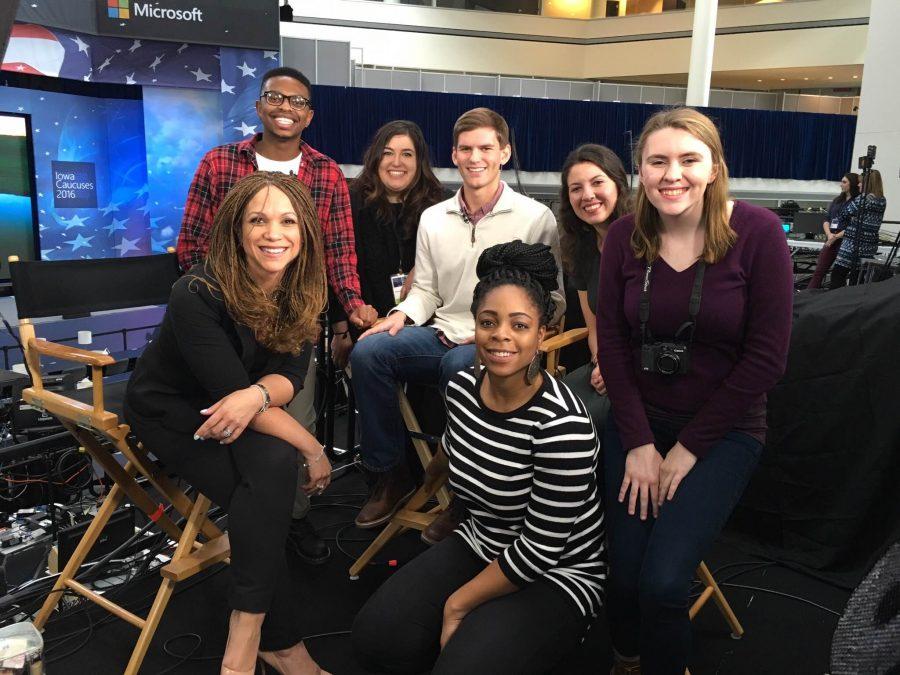 In former presidential cycles, “Wake the Vote” has organized debate viewing parties, voter registration days and “get out the vote” efforts on election day. This year, Wake Forest is launching a new initiative focused on interactive and experiential learning of the electoral process with the same title of “Wake the Vote.”

“Wake the Vote” is a bipartisan cohort consisting of 22 students from across the political spectrum. Despite different majors, political interests and hopes for this program, students in the cohort are thrilled to participate.

“I think it’s exciting and an extremely rare opportunity to get exposure to the whole spectrum of the political process,” said sophomore Eugenia Huang.

Over the past few weeks, the cohort has built up its social media presence through doing things like live tweeting during recent presidential debates. The group has a unique niche as politically active millennials utilizing social media as a platform to share their thoughts and opinions. “Wake the Vote” will be live tweeting and blogging about the campaign experience in Iowa. On Jan. 27, the “Wake the Vote” Twitter had 288 followers; on Feb. 2, the Twitter has 492 followers.

Members of the “Wake the Vote” cohort will gain on-the-ground experience through trips to several events. Students will be volunteering on campaigns in Iowa, New Hampshire, North Carolina and South Carolina. Over the summer, they will volunteer for a minimum of 95 hours on a campaign and serve as runners at both the Republican and Democratic National Conventions in July.

Five students — Austin Cook, Daniella Feijoo, Chizoba Ukairo, Zach Bynum and Katherine Cassidy — flew to Des Moines, Iowa early on Saturday morning and were immersed in the media aspect of the political process. The first part of the cohort visited the media center and observed Melissa Harris-Perry film The Melissa Harris-Perry Show. Students Austin Cook and Daniella Feijoo were featured on the show, and discussed how millennials engage in politics.

“It was such an incredible experience to be on MSNBC,” said freshman Daniella Feijoo. “Since the segment was live, it was a little nerve wracking but very exciting. I had the opportunity to talk about the candidate I support, Marco Rubio, and the issues that are most relevant to college students in the 2016 presidential election.”

Students worked on political candidates’ campaigns on Monday leading up to the caucus.

In an effort to embrace bipartisanship in “get out the vote” efforts, students were randomly assigned to presidential candidates to volunteer for in Iowa — regardless of their political affiliation. Students worked on several of the campaigns attempting to win Iowa, including Bernie Sanders, Ted Cruz, Hillary Clinton, Ben Carson, Marco Rubio and Donald Trump.

For some, random assignment still meant working for their candidate of choice.

For others, however, random assignments meant needing to keep an open mind.

“It was definitely a really interesting experience,” said junior Sebastian Ivory, who was assigned to Ted Cruz. “I realized how passionate others were for their candidate. I wanted to think of their supporters as alien species, but I realized that they just have a different world view. At the end of the day, I feel like it helped me grow as a person to see a more conservative view.”

Carl McPhail, a freshman who identifies as Republican, was assigned to Hillary Clinton’s campaign.

“When we were canvassing, it was weird because you would want constituents to say that they were caucusing for Hillary because you wanted to accomplish something,” McPhail said. “So when we went to campaign headquarters you almost felt like a mole betraying your party since you aren’t a true supporter. Once, someone made a jab at Republicans and was laughing, making it super awkward for me. At the end of the night I ended up going to the Marco Rubio victory speech and it was super refreshing to be in a room with people with the same views as me.”

Monday was an eventful day, with students working on their respective campaigns, observing caucuses and attending victory rallies.

The “Wake the Vote” journey will continue next weekend, with students going to the New Hampshire primaries, where they will team up with new campaigns.