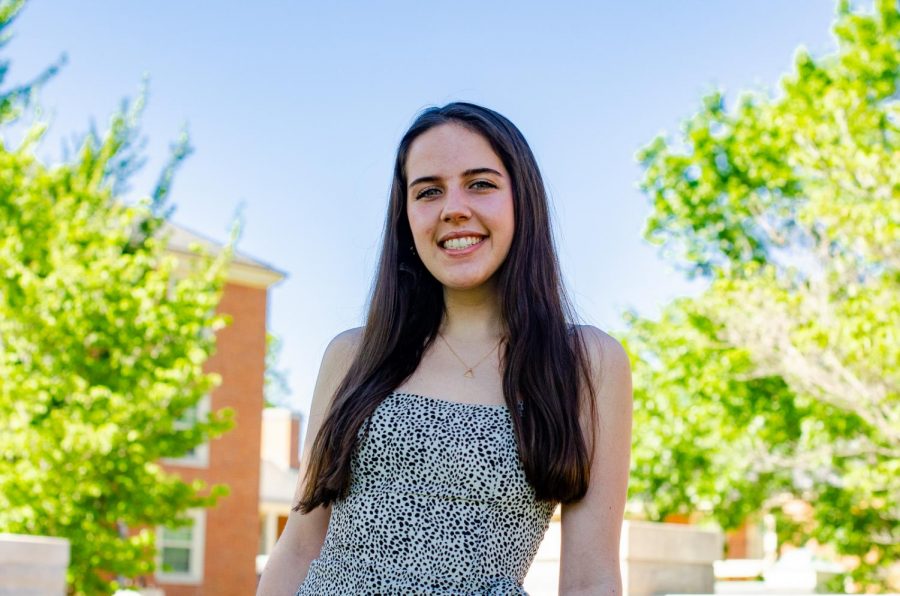 For an increasing number of Wake Forest students, majoring in interdisciplinary studies is becoming a sought-after academic endeavor. Although this group of students is marked by their exceptional qualifications and outstanding work ethic, you would be hard-pressed to find an individual with a more impressive resumé and personal journey than Sarah Templeton.

Templeton was always curious about the environment around her.

“I understood at an early age that nature is something that we need to respect and be stewards of,” she said.

But, when it came time to decide her major, Wake Forest only offered a minor in Environmental Studies.

When Templeton eventually decided on an Interdisciplinary Studies major, she found many initial challenges to overcome. First, there was the decision of whether to get a Bachelor of Arts or a Bachelor of Sciences degree. At the beginning of her college career, Templeton believed that she would work towards a B.S. in Environmental Studies.

Templeton later discovered that in order to be a “people-oriented” and “networking” person, she would need to make the change to a Bachelor of Arts instead of a Bachelor of Sciences. Sarah credited Dr. Stottlemeyer, the Chair of the Interdisciplinary Majors Committee, as the mentor who guided her to utilize her academic strengths in the best way possible.

Although she was a forerunner for the Environmental Studies major, Templeton wasn’t at all single-minded in her pursuit of excellence at Wake Forest. As a member of the Kappa Delta Sorority, she acted as a representative for “Greeks Go Green” — a peer-to-peer program that empowers student representatives from social and service organizations to engage members of their chapters in sustainable initiatives and practices. Sarah also served as the co-chair of the Academic Excellence Committee, which emphasizes the importance of scholarly success through incentives, mentorship and individual tutoring opportunities.

Templeton’s involvement extended into promoting the cause of sustainability on the Wake Forest campus and beyond. She was the vice president of ECO-Deacs, a student organization for undergraduates who want to combat the global challenges of climate change and environmental justice through conversation and action. She also works as the secretary of Women in STEM.

“As one of the only people on the executive board who has an environmental science degree, it’s great to bring to the table,” Templeton said.

“It involved coordinating a lot of different parties and getting signatures,” she said. “The logistical aspect of it can be challenging, but I’m very grateful that I had people in my corner that were helpful to me.”

There is no better example of the upside of the Interdisciplinary Studies major than the senior thesis project, otherwise known by its IND 399 course listing. Templeton’s thesis, “Mapuche movement and constitutional change: grounded in land,” observed the indigenous rights movement during a moment of flux in the Chilean government.

“It further lent to the development of my knowledge of the environmental field as a complex and nuanced place,” she said.

With the vast collection of knowledge and experience gained in her college studies, Templeton feels extremely grateful for her time at Wake Forest. She has felt that the challenges posed by the COVID-19 pandemic provided an opportunity for appreciation.

“In the environmental sense, the pandemic has made me more grateful for the little things. Being able to walk outside in a clear sunny day, taking in the natural world around me, it has made me much more determined to protect it. Nature is a great place to escape.”