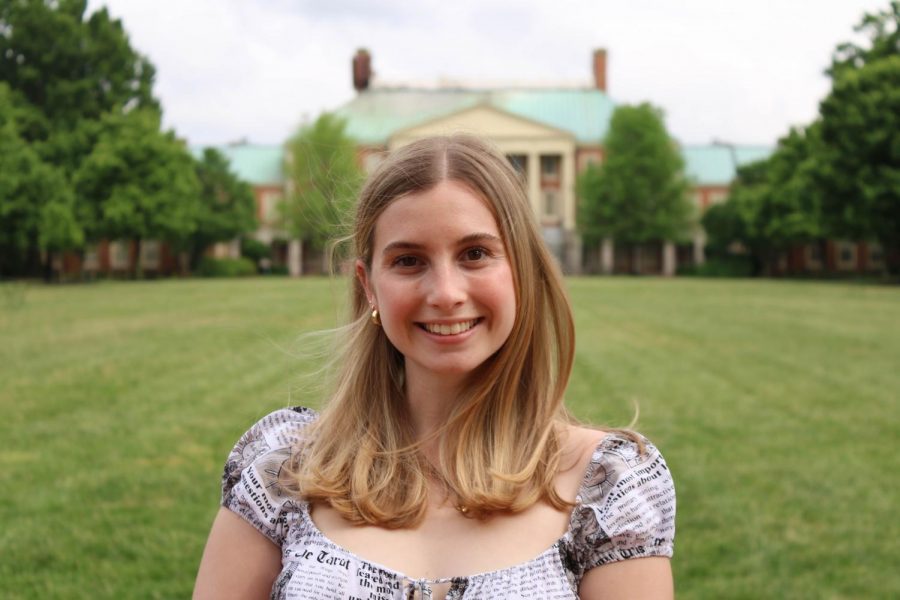 In an ever-changing cultural environment, it is vital to prioritize the education of young people so that they are primed to reimagine and improve the political world as it currently exists. Thankfully, students such as Olivia Field have stepped up to the plate throughout their undergraduate careers.

Field is a politics and international affairs major with minors in French and English, and she is the definition of a changemaker.

“I came to Wake and the easiest thing about this whole entire college thing was deciding to major in politics — I never wanted to major in anything else,” Field explained, passion evident in her tone. “I was never ‘pressed’ about it. I knew that politics was the thing I wanted to do.”

Field explained that one thing she appreciates so much about the politics and international affairs department at Wake Forest is how flexible it is.

“There’s so much room to explore your interests and draw lines that connect different categories,” she explained. “So, even though I wasn’t super interested in international politics, I took a class on colonialism, capitalism and development while I was abroad. I was able to connect that a lot with the domestic work I was learning about in the United States.”

While abroad in London, Field also interned at a nonprofit organization that functioned as a women’s aid charity.

“At that time, there was a domestic abuse bill going through Parliament,” Field explained. “So, I learned a lot about how Parliament works because of that. I definitely engaged with my politics major while I was abroad.”

Field’s work did not stop when she returned from overseas. For four years, Field wrote and edited for The Old Gold & Black, serving as its Editor-in-chief in 2020. In this position, Field wrote, edited and published hundreds of informative and provocative articles that kept the Wake Forest population both entertained and well-informed.

For a while, Field thought that her calling was journalism. After all, with years of editorial experience under her belt, it seemed like the natural next step. But after the 2020 election, Field realized that the intersection of journalism and politics emerges in one specific area: political campaigning.

“I’ve spent all of college wrestling between going into government work and politics or journalism,” Field said. “Then I kind of came to my own personal conclusion that I care about all these issues so much and the only way for those issues to matter and for us to see progress with them is to win elections. For the right people to win elections.”

Following graduation, Field will be continuing her work on Smith’s communication team. As for a 10 year plan, Field just knows that she wants to do something impactful.

In a time of such partisanship and pain, future political scholars and leaders need to move forward with unity, compassion and ingenuity in mind. Field embodies each of these qualities to the fullest.

“I feel so passionately about America,” Fields finished. “Yes, America is so deeply problematic, but I believe so much in its values. I just want to see us live up to them.”