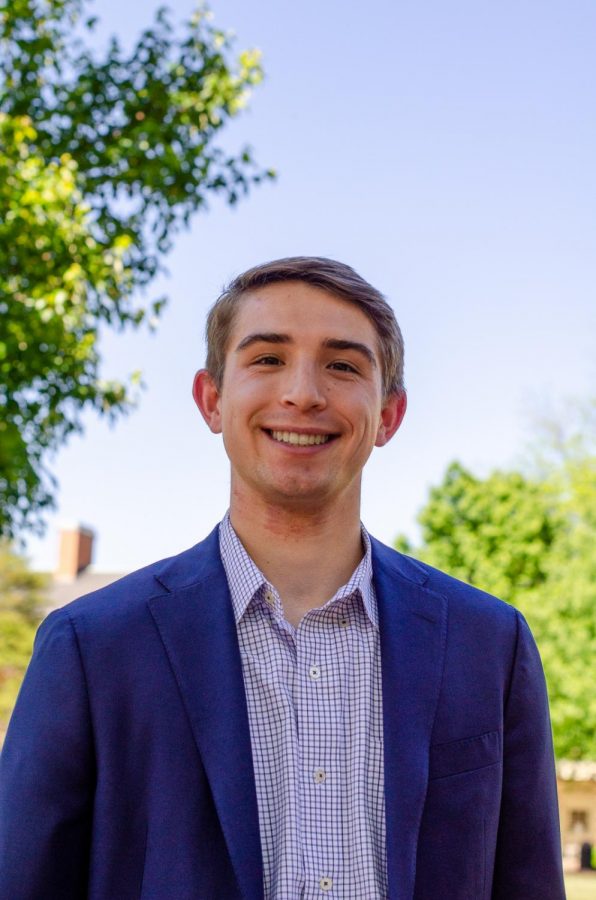 A second-generation Demon Deacon from Baltimore, Md., Burke Preston has known Wake Forest was right for him for as long as he can remember. He was drawn by the “small feel” and the “look” of campus. Who isn’t? Preston also admired the Medical School and the Business School, two top-ranked departments.

Unlike his college decision, Preston wasn’t so sure of what his major would be.

“I wanted to be an orthopedic surgeon when I got to campus and I thought that was the plan, but I was still interested in business because my dad and grandfather had been in business,” he said.

Figuring out which passion to pursue is a tough task, and one that Preston did not take lightly.

“So I went to an information session at one of the big banks at Farrell freshman year to see what banking offered as a profession. They said all the right things and I realized that banking offered everything I could have wanted in a career, he said. “After that meeting, I started networking with alumni and upperclassmen and they all pushed me to go to business school.  I enjoyed my finance classes and the professors, and decided it was the best path for me.”

Following his major decision, Preston never looked back. He has been consistently involved in business endeavors and has been a staple for the Dow Jones Club on campus, where he led and directed the chapter. Preston looks forward to expanding on his passion for business at the next level.

“After graduation, I will be working at TD Securities in New York as a sales and trading analyst,” Preston said. “I worked for TD over the summer and got a full-time offer in August. I’m super excited because TD has many great people and offers a ton of resources to their junior people to help them succeed.”

Preston’s mentors ran far and wide, but in his mind, two influenced him the most. Dr. Bill Marcum and Professor Martin Malloy.

“They both are awesome and I enjoyed their classes a lot. I have worked with Dr. Marcum more over my time in the Business School as I helped out with panels for the finance department and went on a networking trip with him during my sophomore year,” he said. “He motivated me to work hard to get my job because he knows the street really well and sets high expectations for his students. He never sugar-coated anything and told me how the business world worked and what I needed to do to be successful. Professor Malloy is fantastic and brought a lot of his industry experience to class, which made it a lot of fun to see how the material was used in the real world. He is also a great mentor and super interesting to talk to about markets and about career advice. Professor Malloy only came to Wake in the last two years.”

The two professors both agreed that Preston made an impact in the classroom on a plethora of levels.

“I cannot think of higher praise than to say that Burke Preston is intelligent, humble, practical, hardworking, generous and kind,” Marcum said. “He exemplifies the type of leader the world desperately needs. It has been an honor to work with Burke during his short time at Wake Forest.”

“Burke was a pleasure to have in class,” Malloy said. “He contributed thoughtful and interesting topics to the class discussions. I am confident that Burke will have continued success by bringing the same intellectual curiosity and energy to his professional life that he demonstrated in his academic career.”

Preston looks to give back to others following a similar path and offered a few words of wisdom.

“I think my advice for an incoming freshman would be to have fun in college by doing things you never thought you would end up doing so go abroad, join clubs, volunteer, try different classes and learn about different careers,” he said. “I would have never made the most of my Wake Forest experience if I hadn’t been willing to try new things.