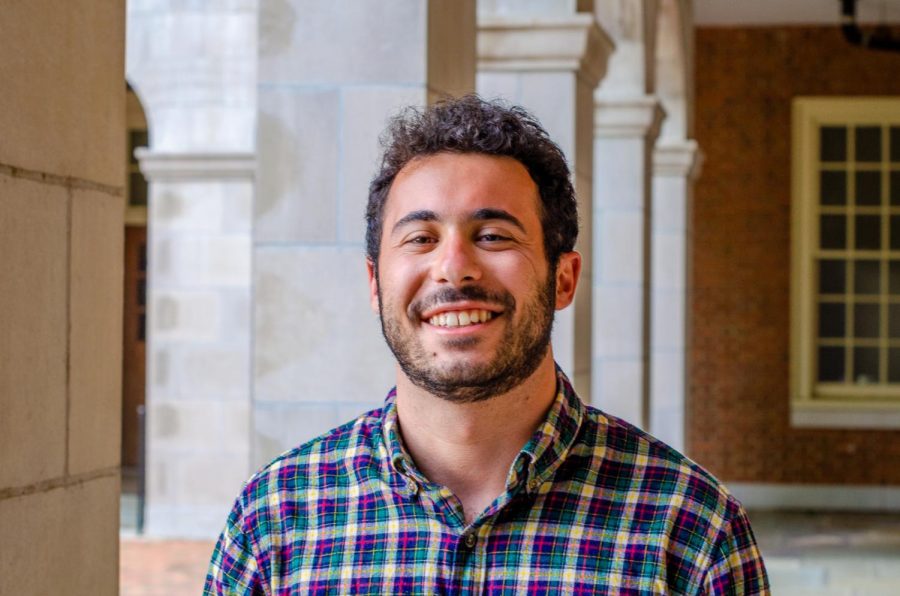 Joseph Rafshoon entered Wake Forest considering a major and career in political science, but he quickly found a deeper passion while in Chinese language & culture classes.

After a couple of courses, Rafshoon was sure that Chinese language & culture was the path that he would like to pursue, and he was intrigued by the possibility of studying abroad. Rafshoon has not lost his interest in political science — he also has a minor in politics and international affairs. He is hoping to combine these two areas of study into a career focused on political relations affecting China and Chinese culture.

“I know that China has a massive issue in international relations and politics and that knowing the language and the issues related to the relationship between the United States and China would be [advantageous] for my future,” Rafshoon said.

Rafshoon took advantage of the opportunity to gain a deeper appreciation and a more thorough understanding of Chinese culture by studying abroad at Donghua University in Shanghai. There, Rafshoon developed proficiency in Mandarin and  a deeper understanding of the Chinese economy and culture. This experience solidified Rafshoon’s desire to work in an immersive Chinese environment after graduation.

Outside of the classroom, Rafshoon has contributed to the Old Gold & Black as a staff writer for over a year. He enjoyed conducting interviews and highlighting campus life. Rafshoon also held the position of political cohort for Wake the Vote, where he worked to educate young voters and work on local political campaigns.

Although Rafshoon enjoyed his extracurricular ventures outside of the classroom, he especially loved his academic experiences. He fondly recalled some of his favorite memories.

“The best day was during the first year when we did projects,” Rafshoon said. “I remember me and my best friend filming each other speaking Chinese at the Pit and campus stores and making up silly stories.”

Associate professor of Chinese Andrew Rodekhor, stands out for Rafshoon as an influential person who has been guiding him since the beginning of his time at Wake Forest. Rafshoon admires Rodekhor’s dedication to Chinese language & culture and is appreciative of his unique perspective.

Passionate is an understatement when describing Rafshoon’s attitude towards his studies. His dedication comes from his true love for studying Chinese.

While reflecting on his time at Wake Forest, Rafshoon speaks with only gratitude — he viewed even the hardest days as enjoyable because of his dedication to the language. Rafshoon’s commitment to his studies stems from his decision to pursue a field of study that was both interesting and enjoyable. He advised underclassmen to do the same.

“People should take and choose a major that they would enjoy, not what would be most profitable. I have had a lot more fun that way,” Rafshoon said. “That was what the Chinese language & culture was for me. There are six majors and we all got to know each other by the end of [our time at Wake Forest].”

Rafshoon is excited for the future and hopes to enter a career that combines Chinese language & culture with politics and international affairs.