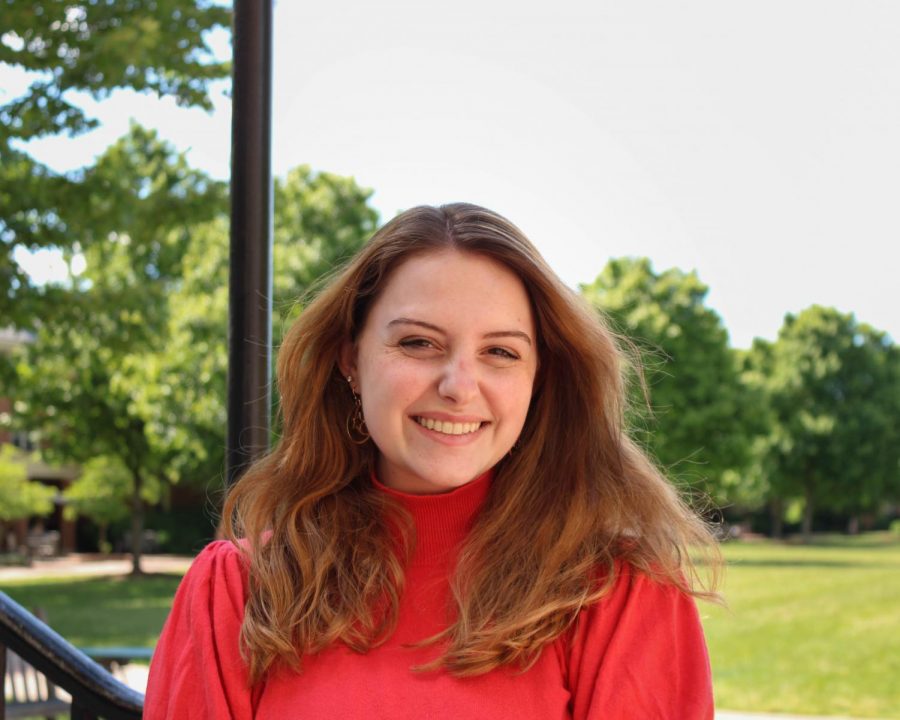 For Kelli Frangoulis, the classical languages of Greek and Latin appealed to her more than any modern language possibly could.

“I’ve been learning Latin since I was a freshman in high school. And I really, really loved it,” Frangoulis said. “I got to go to Rome in the summer between my junior and senior year of high school. There’s something in me that was just really drawn to it. And when it came to college, I thought, ‘no, pal, you have to do something more practical. And so I decided to switch my language to French.”

French, however, did not work out.

“It took me about a semester of French to realize that I didn’t like French and that I should take more Latin,” Frangoulis said. “So, immediately after taking a semester of French, I switched back over, started taking Latin again and realized that I just liked it too much to have to give it up again anytime soon. So, I decided to declare a major.”

Frangoulis said that Professor T.H.M. Gellar-Goad persuaded her to take on a classical languages major, rather than just a Latin major.

Gellar-Goad, for his part, had high praise for Frangoulis.

“Few students take on the double challenge of studying both Latin and Ancient Greek at the college level. Even fewer do so with grace, aplomb, good humor, dedication and great success,” Gellar-Goad said. “[Frangoulis] took the challenge on with gusto and impressed everyone in the department with her results. We’re delighted about her upcoming graduate studies at [the University of] Maryland, and can’t wait to see her bright future unfold ahead of her,” Gellar-Goad added.

Frangoulis combined her classical studies major with a double major in history.

“I just have a lot of interests, and that really plays out in those two majors,” Frangoulis said. “I’ve actually never taken an ancient history class in the history department just because I felt like I got so much of that in classics that I really wanted to explore something else when it came to history.”

Frangoulis continued, “But I did do the honors track for history. And my thesis is about Mediterranean women. I think, even if the time period hasn’t really carried between them, the general area has. I’ve been trying to gear myself more towards the Mediterranean, and I don’t think I would have done that if I hadn’t done classics alongside history.”

Frangoulis also noted that the support of the classics department got her through some tough times. She especially recalled an interaction with Professor Caitlin Hines, a visiting professor who left Wake Forest last year.

“There was this semester junior year where I was really struggling. I really, really overloaded myself. And I was feeling the effects of it,” Frangoulis said. “She was really the first person to sit me down and [ask me], ‘Kelly, do you have any free time? Are you happy at all? You don’t need to be doing this.’ And no one had really sat me down and said that to me before. It really meant a lot that she cared a lot about me and could tell that I was struggling and wanted to say something about it, rather than just giving me more work in the class.”