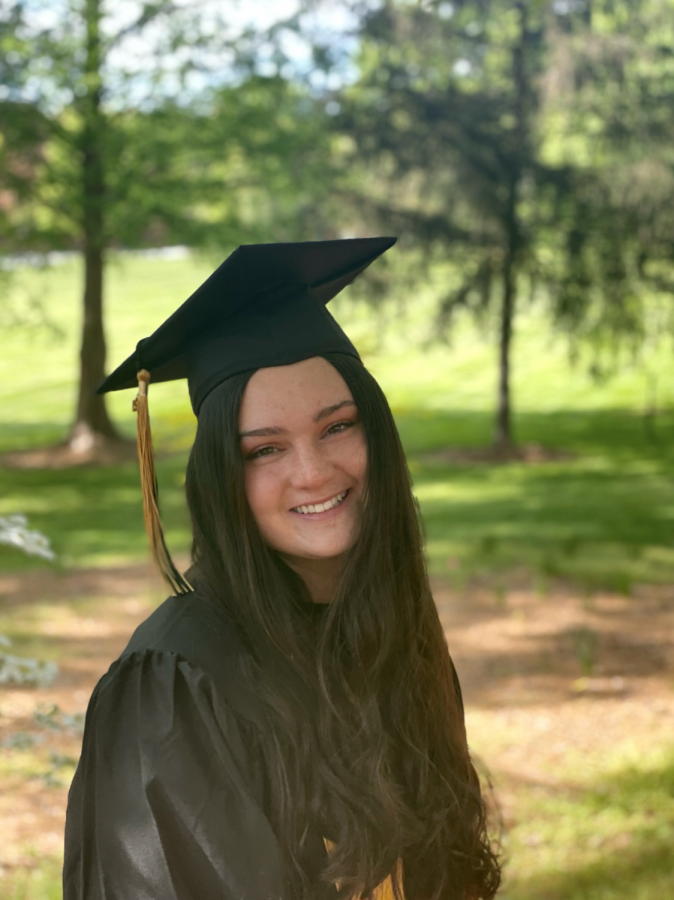 As an older sister with a passion for service, Maggie Kuhn was well-versed in community involvement long before she ever stepped foot on Wake Forest’s campus. And after four years here in Winston-Salem, she will leave campus with an even bigger heart and an even deeper understanding of the world around her.

While Kuhn noted that she took away valuable lessons from all (okay, most) of her coursework at Wake Forest, she made certain to adamantly explain that her relationship with the Department of Women’s, Gender & Sexuality Studies (WGSS) was the most meaningful one she cultivated here.

Kuhn was nominated to be highlighted in this issue of the Old Gold & Black because of the extensive work she has done promoting equality and safety for women both in and beyond the classroom.

“[Kuhn] has done critically important work to address sexual violence at Wake Forest by curating the ‘End the Silence Wake Forest’ blog for the past several years,” WGSS Professor Dr. Kristina Gupta said. “By combining feminist inquiry with social justice activism, Maggie exemplifies the values of WGSS as a department and a field.”

Kuhn’s relationship with the WGSS department began during her freshman year in her First Year Seminar. The class was called I’m Not a Feminist and was taught by Dr. Tanisha Ramachandran. According to Kuhn, it shaped her entire academic career.

“In the class, we just went over basic feminist ideals, but we applied them to things that were around us all the time,” Kuhn said. “I honestly wanted all freshmen to take that as a seminar class, because it really changed my perspective of everything.”

Kuhn estimated that, including herself, there were 13 total girls in the class.

“It was really powerful, just kind of sharing experiences with Dr. Ramachandran,” Kuhn reflected. “And she was validating these experiences and thoughts every time we would talk about them, which is what made it so powerful.”

This was the first truly personal experience Kuhn underwent in college. And, as she found out, it would be far from her last.

“I started studying Women, Gender and Sexuality Studies and had a minor before I even knew it because I loved the classes so much,” Kuhn explained, optimism echoing in her voice. “I signed up for [WGSS classes] without even knowing that I was following a path or an academic course. That’s how I knew that I should keep with it.”

Kuhn said that one of the most interesting WGSS classes she took was a class about men, masculinity and power. Before this class, Kuhn admitted that she did not know much about masculinity studies. Afterward, she walked away feeling educated.

“It was really cool being in class with guys and seeing them open up about things that were personal to them, because that’s the whole point [of the class]. Before this, I had only been in those types of classes with women.”

Outside the classroom, Kuhn has spent the past four years at Wake volunteering at the Office of Civic and Community Engagement, serving as a SPARC leader and coordinator, working at the Women’s Center and running and curating End the Silence Wake Forest, a blog and social media movement where sexual assault survivors can anonymously post their stories for closure.

Kuhn hopes to go to grad school in the future.

“I would want to go to grad school to get the tools to change policies or work on the interpersonal and cultural sides of operations and businesses,” Kuhn said.

Kuhn made a point to thank the WGSS department for all of the support and knowledge they extended to her throughout her time at Wake Forest.

“While pursuing the WGSS major, I think the biggest thing that I’ve learned is how to ask questions and not just accept what people tell you as fact to actually be fact,” Kuhn said. “I’ve learned about how there are systems that make people believe things that they don’t have to believe in the simplest terms. That opened up a whole lot for me.”