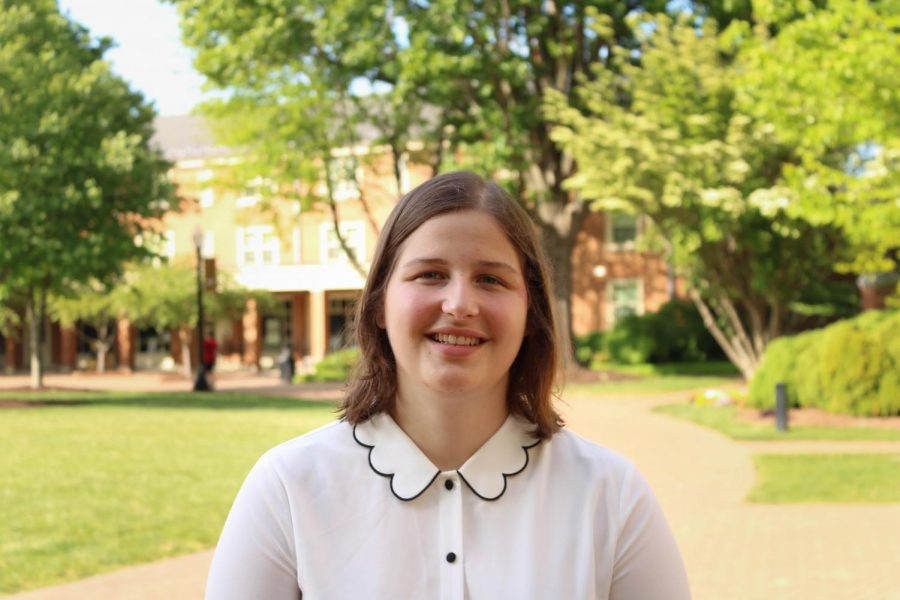 Hailing from Vicenza, Italy, Kiki Sibilla traveled across the Atlantic pond and found her home at Wake Forest University. Similar to most incoming first-years, Sibilla’s career did not start with a definitive trajectory.

Although Sibilla did not enter Wake Forest intending to major in Russian, she admits that the decision is “the coolest thing I’ve done at Wake.” She is now a double major in politics & international affairs and Russian.

In all of her four years at Wake Forest, Sibilla mentioned that History of Slavic Language with Dr. Hamilton of the German & Russian department was her favorite class. Along with Dr. Hamilton, she also credits Dr. Clark for piquing her interest in Russian.

“Both Dr. Clark and Dr. Hamilton of the Russian department are the coolest people I’ve ever met,” Sibilla said. “Dr. Hamilton is the guy who sits in a lawn chair outside of Greene, smoking a pipe, and has also played with Jerry Garcia in a bluegrass band. And Dr. Clark is super awesome because she really cares about teaching and has also helped me career-wise, as I figured out what to do. Both make the Russian language and culture so exciting. They’re my two favorite professors at Wake.”

“I admire her willingness to put herself out there and try different things. She’s always full of a delightful and refreshing enthusiasm for learning for the sake of learning,” Dr. Clark said. “As I worked with her more, I came to appreciate her quirky humor, her warm and empathetic treatment of others, and the look on her face when she would have a sudden insight and fascinating observations that she would offer up to the rest of the class with her characteristic humility and good nature.”

“When I was a kid, my favorite toy was a sort of rounded human doll that you could punch, and no matter how hard or in what direction I would punch, she or he would immediately return to standing position. Guess who that reminds me of?” Dr. Hamilton said.

Besides from her experiences living in Northern Italy for quite some time, Sibilla has been on a couple of study-abroad trips during her time at Wake Forest.

“The summer of my freshman year, I went to Bishkek, Kyrgyzstan. I would recommend anyone to visit there. The food there is chef’s kiss! The spring semester of my sophomore year, I went to St. Petersburg, Russia. I spent some lovely time in both places studying Russian.”

Outside of the classroom, Kiki Sibilla is a resident advisor (my RA, specifically) and an ROTC cadet. For four days every week, her early mornings are filled with training and sheer determination, a significant and courageous commitment on her part.

“Yeah, caffeine has definitely been my friend,” Sibella laughed.

Sibilla describes her time at Wake Forest to be genuinely unforgettable and attributes her success to many of the great relationships she developed with professors.

“In general, all the professors I’ve had have been super personable and willing to discuss my questions, comments or concerns. Professors here make it less intimidating to approach them,” Sibilla said. “For example, you can ask them, ‘can you help me out with this? I’m having trouble finishing this paper. What are your thoughts?’ I feel like in a much larger school, that relationship doesn’t exist. And if it does, it takes a long time to curate.”

After graduation, Sibilla plans to go to Jerusalem, Israel to study Arabic at Hebrew University for the summer or return to Vincenza, Italy, for an internship. Once October rolls around, Sibilla will be going to Fort Lee, Va., for Army training and will join the Army Reserves. Her long-term goal is to become a humanitarian, following Wake Forest’s Pro-Humanitate motto.