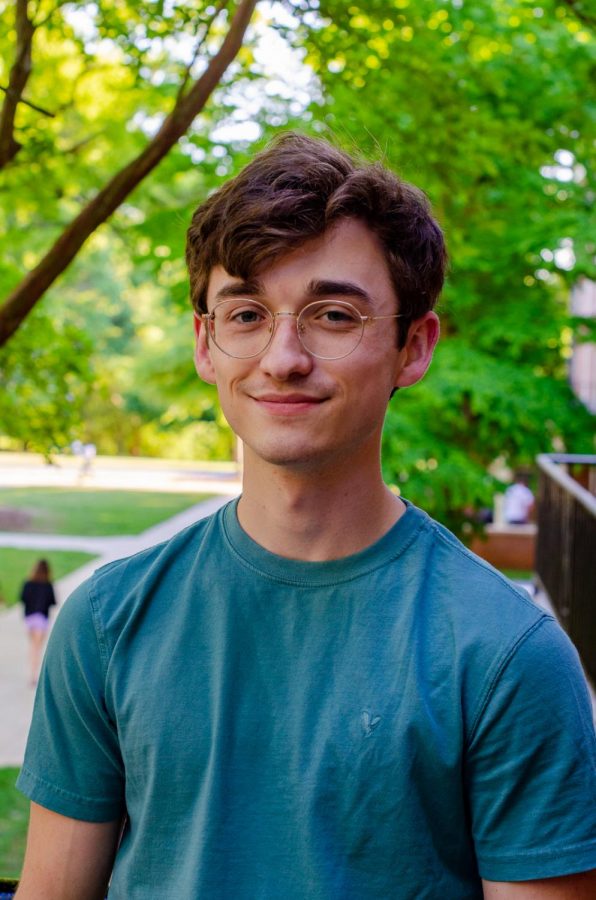 Artistic and analytical, John Farrell’s studies extend beyond the technical and mathematical framework of Computer Science to achieve deeper creative understanding. This yearning was a contributing factor in his decision to study at Wake Forest and to pursue a liberal arts education.

“I am really happy with the computer science department at Wake Forest,” Farrell said, “The professors have been extremely pivotal in fostering my excitement for computer science.”

Professor of computer science David John served as one of these pivotal figures for Farrell, as he was the first professor with whom Farrell worked and collaborated on research. This project was made possible through Farrell’s reception of an Undergraduate Research and Creative Activities Center (URECA) grant.

As someone with a background that is not focused on computer science, Farrell was not entirely confident he could excel in the subject. Professor John was a guiding figure who helped to mitigate these fears and mentor Farrell’s journey throughout his research.

One of the most memorable parts of Farrell’s educational experience at Wake Forest was being able to help other students.Farrell served as a TA for Professor Grey Ballard, assistant professor of computer science — an experience he recalls to be extremely enriching.

Farrell says his most rewarding experiences have centered around being able to help his classmates or other people come to a solution.

“My friend came to me with this problem and his professor did not know what to do,” Farrell said. “I spent an hour with him and it was something very strange, but I was able to help him and I liked that. Helping people to achieve that epiphany, ‘we got it!’ moment.”

Currently, Farrell is working at the Research Triangle Institute (RTI) doing web development full stack, along with web data forensics. Farrell is excited, however, to expand his career into one covering multiple creative fields and “fringe topics,” as he calls them, such as 3D modeling, within the video game and entertainment industries.

“I devoted myself to [computer science] almost blindly. And now, I have skills and a foundation I can use,” Farrell said. “Foundationally, computer science is great, extremely flexible. I want to keep my options open, it’s the reason that I went to a liberal arts college. I hope to be able to use the flexibility of computer science to pivot into the arts and entertainment industry.”

Farrell aspires to pursue further education within the creative industry in the future, with the hopes of someday working as a technical director.

Ranging from painting to archaeology, Farrell’s interests are diverse, yet he is confident that he is seeking to incorporate his multifaceted passions into a field of study that offers the flexibility that Farrell was seeking. Farrell’s journey in computer science is open-ended, and he points out that the unknown fuels his excitement to  learn more.