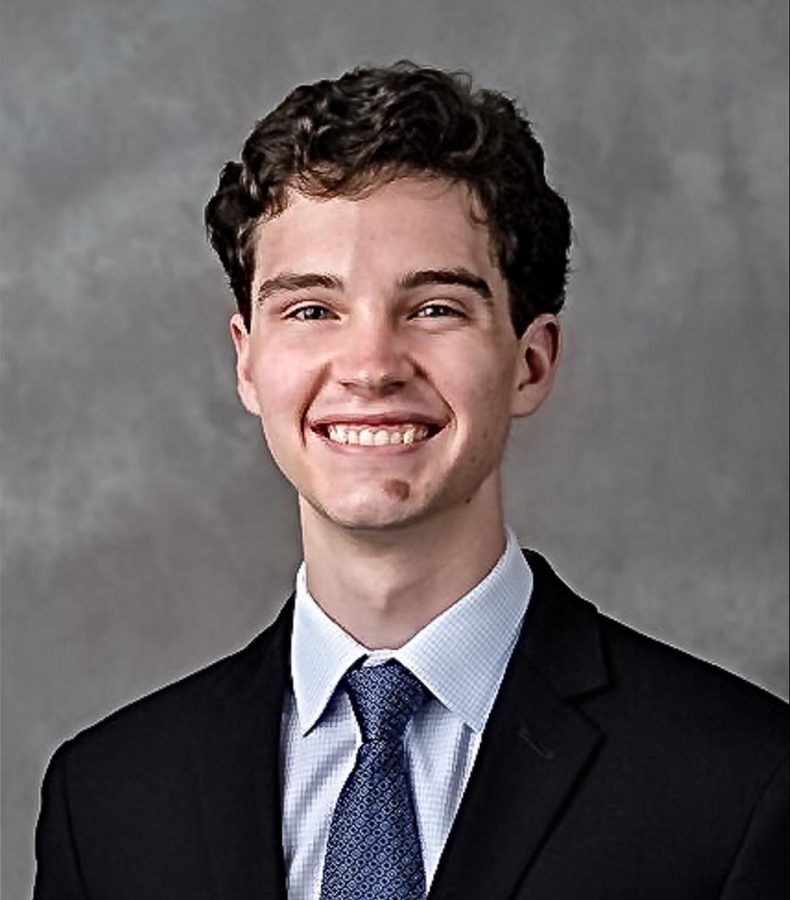 Andrew Logan, a senior from Atlanta, Ga., majoring in mathematical economics, loves to solve problems. His interest in problem-solving spans multiple academic disciplines, which is part of the reason he chose to attend Wake Forest to begin with.

“When I came to Wake Forest, I thought I’d study political science or philosophy or maybe economics,” Logan said. “I think that’s what’s so great about Wake Forest — you get to take a variety of classes and see what really clicks.”

For Logan, Intermediate Mathematical Macroeconomics with Professor John Dalton was the class that made everything click for him.

“That class was the reason I’m a mathematical economics major,” Logan said. “Professor Dalton is really good at eliciting student interest and engagement in the subject. It was really awesome and kind of a jumping-off point for my intellectual interests.”

“I think it’s a really interesting way to think about public policy problems,” Logan said. “It gives you a strong analytical toolkit through the econometrics curriculum that lets you evaluate competing policy proposals and their effects. As someone who is interested in public policy and government service, the mathematical economics major combines my love for rigorous thinking with my other interests.”

Some of Logan’s other interests were addressed by his International Finance class with Dr. Sandeep Mazumder.

“That class was really cool because it taught me how to think about the relationship between international trade and financial flows and how those affect domestic economic performance,” Logan said. “There were a lot of interesting connections between the economic growth and the mathematical macroeconomics class, which is stuff I’ll want to know for later in my life or career.”

Logan’s dedication to his interests was widely noticed by his teachers in both departments.

“The most remarkable student of my career. That is how I will remember Andrew Logan,” Dalton said. “His combination of intellectual ability, work ethic and humility, all fueled by his natural wonder and curiosity about economic problems, have made Andrew the ideal mathematical economics student. Whether from his presence in the classroom, his participation in the Federal Reserve Challenge Team, or his work as a research assistant and co-author of economics research, Andrew has made Wake Forest a much better place for the life of the mind.”

As noted by Dalton, Logan was a pivotal member on Wake Forest’s College Fed Challenge Team, an academic competition team that consisted of five to six members who modeled the Federal Open Market Committee’s deliberations. The team presented a recommendation for the U.S. Federal Reserve’s monetary policy and engaged in a question-and-answer session with the judges. The team is coached by Professor Sandeep Mazumder, who also has taught Logan.

“Andrew is a fantastic student who is genuinely interested in understanding how the economy works and what real-world policy can do to improve the outcomes we expect,” Mazumder said. “His passion for economics is one of the strongest I’ve seen among all students I’ve taught in my time at Wake Forest.”

Although Logan is now widely regarded as an excellent mathematical economics student, it wasn’t always that way.

“As a freshman coming into Wake Forest, I wasn’t thinking I was going to be a mathematical economics major, because I didn’t really like math in high school,” Logan said. “I would encourage freshmen to take a wide variety of classes. Be flexible and open about what you want to study, because for instance, you may really love your math divisional.”

Although much of Logan’s Wake Forest career was altered by the COVID-19 pandemic, it was still an overwhelmingly positive one.

“I’ll always remember storming the court after we beat Duke in basketball,” Logan said. “I don’t think I’ll ever forget those memories.”