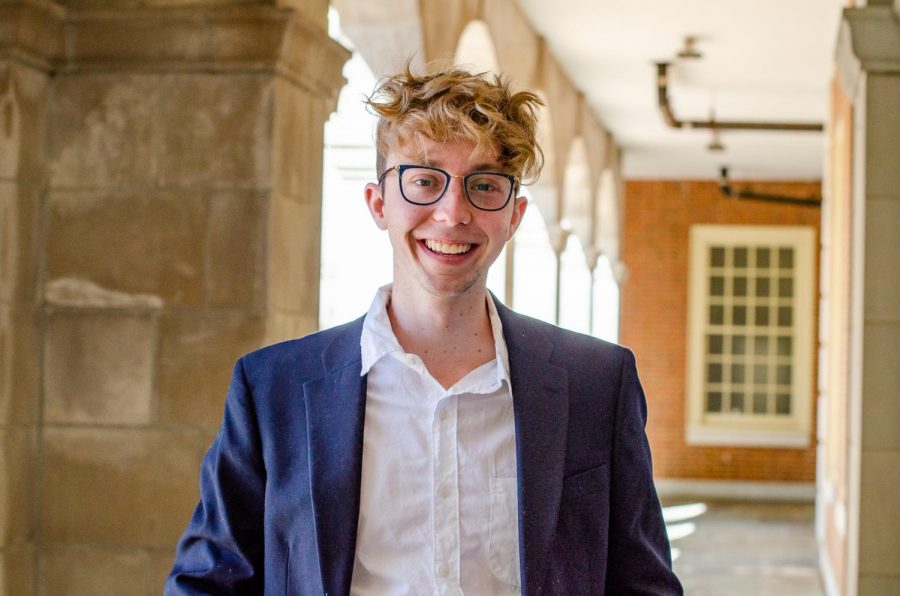 You may have seen senior Jack Lloyd toiling away at the Campus Garden or hanging out in the Office of Sustainability throughout his time at Wake — and it would make sense, Lloyd is a biology major with a minor in environmental studies. However, while he was studying genetics and cell structure, Lloyd was also fine-tuning his grammar and accent through the French major.

In fact, Lloyd’s love for  the French language and culture has landed him the opportunity to teach English at secondary schools in Marseilles, France after graduation.

“If you are learning a language, first, it is really important that you learn to actually communicate with it, but it is also really important to appreciate the tonal sounds of it and really understand the aesthetics of the language,” Lloyd explained.

Having studied French in high school, Lloyd knew that it was something he was interested in pursuing once he got to college. Now, after four years at Wake Forest, he has been able to not only to follow his linguistic passions, but also study abroad in Dijon, France.

“By rolling up his sleeves and working in our Campus Garden, and later in the Office of Sustainability, Jack has embodied the ideal of a hands-on, engaged liberal arts education,” shared French professor Veronique McNelly, who traveled with Lloyd to Dijon. “This guiding sense of purpose followed him to France. While studying abroad in Dijon, Jack and a classmate investigated the problem of inhumane farming practices in the European Union. Through his studies and sometimes in the practice of everyday life, Jack has shown how much can be achieved when members of a community with a shared sense of purpose are willing to teach by example, to invest time and effort, to roll up their sleeves and demonstrate commitment through hard work.”

While in Dijon, Lloyd took a class taught by a charismatic French-Italian man which explored different movements and periods within the country’s art history. Courses such as this one, which focus more so on culture than just the language itself, have been among the favorites of Lloyd during his time as a French major.

“It was really amazing to live with a host family. That provided me with a great opportunity to practice my colloquial French,” Lloyd explained. “Being able to be immersed in France was just an amazing experience.”

This interest in French culture was the nexus for his senior Honors Thesis, which is a textual analysis of two gay publications from the 80s and 90s, at the height of the AIDs epidemic. It explores the role of the state in regards to the domain of health. According to Lloyd, the French department and the opportunities it presented only solidified his decision to come to Wake Forest.

“I love how close knit [the department] is, like some of my best friends at Wake are also French majors or minors,” Lloyd shared. “The professors are honestly incredible. They are so accommodating, they really want you to succeed and become the best student that you can be. It is really just a great environment to learn in.”

When asked about his favorite memory from his time at Wake Forest, Lloyd recalled a moment from his time living in the Sustainability House sophomore year.

“Right before finals week the winter of my sophomore year, there was a massive blizzard. So, I was living in the Sustainability Theme House on Polo Road and the first day, when all the snow was down, none of the roads had been cleared,” he said. “All 11 of us marched down to the Pit and it felt like we were trekking through Antarctica or something. We all just had an early lunch before we went off and studied and that was such a fun memory.”

When asked what advice he had for incoming freshmen, Lloyd highlighted just how much opportunity Wake Forest provides and how important it is for students to take advantage of all its resources.

“Cherish your time here,” he said. “Really try to live and experience every moment, look for all of the opportunities that you can, and try to take advantage of them.”