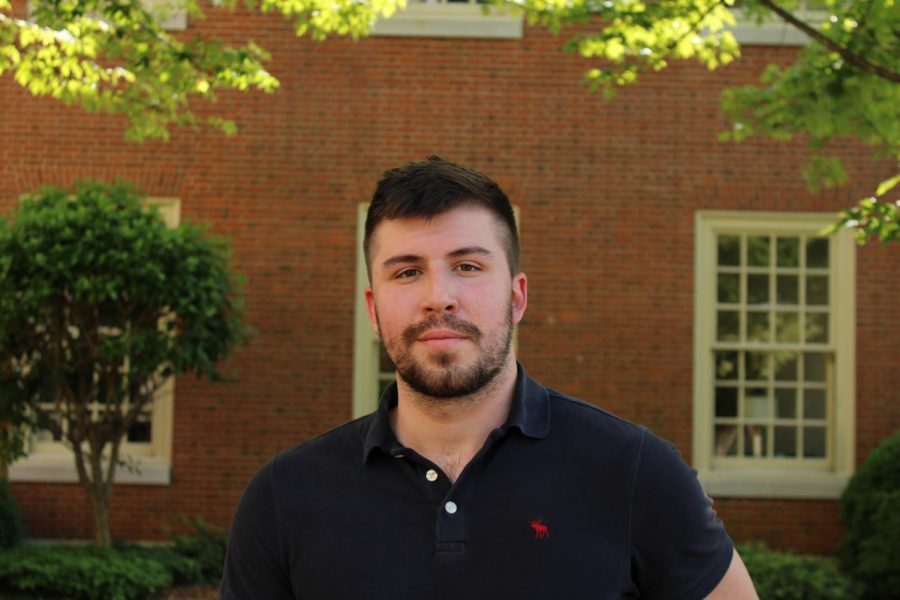 Entering Wake Forest, Ed Morgan did not intend to pursue an academic career in German studies, but after a couple of classes, he soon discovered a passion for the discipline. Combined with a major in business management, Morgan was able to merge his interest in the two worlds into a business management degree with a concentration in German studies.

At the start of Morgan’s academic career in German studies, Professor Rebecca Thomas served as an influential figure who cemented his desire to continue down the path. Morgan has worked with Professor Thomas and attributes his passion for German studies to her influence.

“I taught him in both elementary language and upper-level culture courses,” Thomas said. “Ed is an exceptionally enthusiastic student who brings a sincere interest and curiosity to the discipline. His eagerness for the subject matter was contagious to his classmates.”

Morgan was also able to immerse himself in the language by conversing with native speakers. That proved to be an invaluable experience that deepened Morgan’s understanding of the culture and language all while exemplifying his passion for the subject.

“When a friend of mine who had German parents came to visit, because of my experience and education in my classes, I was able to speak to them,” Morgan said. It was clear to me that they were appreciative of meeting someone who spoke the language.”

Being able to immerse himself in the culture beyond the language was always one of Morgan’s desires, which is why he took the initiative to go outside of the classroom and learn about German culture.

“It has been so much fun to watch him expand his love of German studies beyond the classroom, to take every opportunity to immerse himself in the culture, and to bring those experiences back to the formal learning environment,” Thomas said. “His perspective adds so much to class discussion, and his positive attitude, genuine interest and effort are much appreciated. As a German professor, there is nothing more gratifying than teaching a student who truly falls for the language and culture as hard as I have.”

Outside of German studies, Morgan excels in lacrosse, as he serves as co-president of men’s club lacrosse. His hobbies include video games, lacrosse and literature. Once Morgan picks up a fantasy or historical fiction novel, he can’t put it down.

Morgan’s assiduity towards German studies — along with a genuine interest in the subject drove his desire to further education on German culture, and the experience was made possible through Wake Forest.

“Without a doubt, Wake Forest has changed my life path. I never would have considered a career that incorporated German studies and culture as I do now,” Morgan said.

Morgan will be continuing his education at Wake Forest next year as he pursues a master’s in business analytics. He will be completing this program while working at the headquarters of Lowes Foods in the app and website development division. In the graduate program, Morgan will be expanding his background in business management into software development — hoping to take this knowledge into German game development.