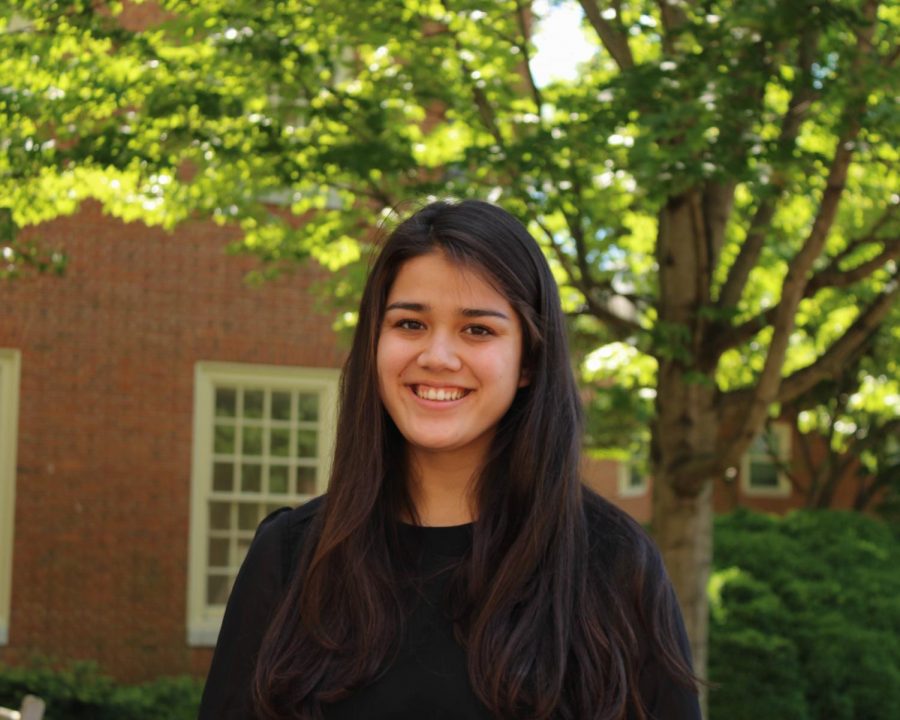 Nadia Bokhari grew up and attended high school in a small New Jersey town by the name of Greenburgh. As a result, Wake Forest wasn’t initially on her radar. When the college selection process rolled around, she took the advice of her guidance counselor and applied to Wake Forest despite her lack of familiarity with the school. In the end, her visit to the Reynolda campus won her over.

“I really loved it here [on my first tour],” she said. “Academically, it seemed like a good fit.”

Bokhari found her niche within the psychology department through the pre-med track, which allowed her to take some psychology classes early in her career that paved the way for the remainder of her time at Wake Forest. The bonds she formed with faculty along with compelling subject matter kept her coming back for more.

“I meshed a lot with a bunch of different professors,” she noted. “I just continued taking psychology courses … I could pair that very well with my pre-med courses. It just seemed like a good fit.”

Of all the psychology courses she’s taken during her four years at Wake Forest, a few have stood out among the rest. She’s also continuously leaned on a few professors for guidance as she made her way through the required courses for the major.

“I really liked Biological Psychology and Cognitive Psychology,” she said. “And my honors thesis advisor, Dr. Anthony Sali, is one of my favorites, along with Dr. Best … both [are] amazing and they have both been really good mentors for me over the past three years.”

The aforementioned thesis was constructed through a rigorous process that involved cycling through various potential topics before selecting one to research and examine in depth. The end result was an impressive study on the topic of emotion-induced blindness, which, according to Bokhari, plays a significant role in how humans think and act.

“In the short term, if you see an emotional stimulus, you’re likely to miss information that follows because of your attention being drawn towards it and the distraction which results,” she explained.

While the aforementioned thesis represented the culmination of her achievements in the classroom, the mark she left on Wake Forest’s campus had an even wider scope. She is the Vice President of the Psychology Honors Society, Vice President of the pre-med Honors society, and a four-year member of Health Occupation Students of America. She also gives back to the community by doing volunteer work at an Alzheimer’s center and a science museum, both of which are located in Winston-Salem.

“I would suggest reaching out to your professors with any concerns, questions or ideas that you want to pursue,” she said. “Letting them know where you’re at, I think, is really beneficial.”

As the sun begins to set on her time at Wake Forest, Bokhari has taken time to reflect on her experience as a Demon Deacon, noting how grateful she is that all the puzzle pieces of her college career have finally snapped into place.

“I’m starting to get really nostalgic,” she said. “It’s a weird feeling to look back and realize that every little step along the way kind of contributed to me being at this place.”

When I asked her if she could recall any particularly memorable moments from her college career, she paused and thought before answering.

“I don’t know if I can list just a few,” she admitted. “I’ve had a really great experience.”

Bokhari is set to begin her career on an exciting note; she’s accepted a job offer as a research coordinator at Tufts Medical Center in Boston, Mass. and she’s thrilled about what’s to come.