Following an outpouring of opposition, university administrators announced that the hall formerly known as Wingate will be re-named once more 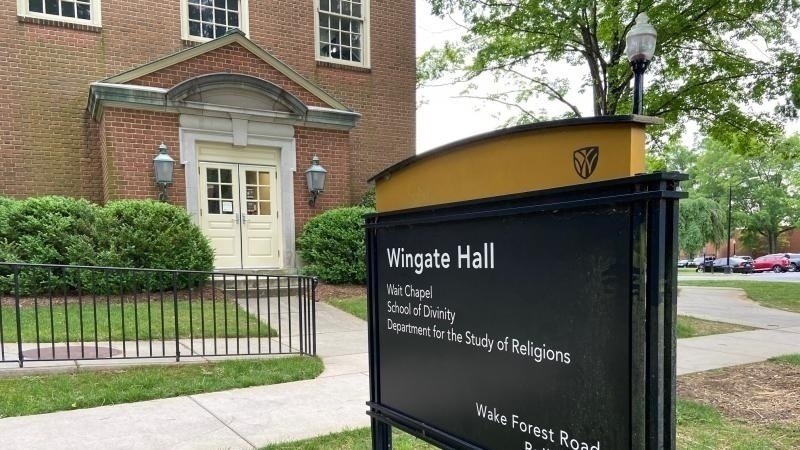 The hall formerly known as Wingate is set to undergo another name change.

“By renaming the building that houses the School of Divinity to ‘May 7, 1860 Hall,’ and reframing Wait Chapel with a lasting memorial to narrate this tragic history, we take an intentional and essential step,” Dean of Divinity Jonathan Lee Walton wrote in a statement.

At the time, Walton acknowledged that the move could come with controversy.

“To be sure, there will invariably be those who believe these actions are too extreme. Others will assert that these actions are insufficient,” Walton wrote. “This tension is what it means to live in an increasingly diverse learning community like Wake Forest University. Such varying views contribute to the vibrancy of our intellectual life together, as we all try to expand our conception of Pro Humanitate.”

Backlash was not exactly swift as most students were in the midst of final exams when the news broke. However, once dissent arose within the student body, it spread like wildfire. A Change.org petition started by senior Chloe Baker garnered almost 2,000 signatures from outraged students, parents and alumni.

“I oppose the renaming because it is memorializing the exact reason they took his name down,” Baker said. “Putting that date on the building brings up racial trauma for Black students, as if being Black at Wake Forest isn’t already hard enough. The absolute least the administration can do for us is listen. Other students are outraged, and the general feeling I’ve gotten is that this was an extremely tone-deaf decision that accomplished nothing good.”

The re-renaming will be overseen by a panel chaired by Vice President for Diversity and Inclusion Jose Villalba and Donna Edwards, an alumna and former congresswoman who serves on the Board of Trustees.

The membership of the panel has not yet been selected, but according to an email from outgoing University President Nathan Hatch, the committee’s work is expected to wrap up on June 30. Villalba told the Old Gold & Black, however, that he is willing to take his time on this.

“The end of June is a goal, but effectively listening to a wide and diverse set of constituents is essential,” Villalba said. “We intend to engage people who care deeply about this issue in a variety of ways. Although many are not currently on campus, we know that students and university colleagues are accustomed to Zoom, online surveys, electronic ‘open mics,’ and a wide range of tools to meet people where they are. We will take advantage of technology to facilitate this listening process. And, the committee will take the time required to get it right.”