RLH will not move students off-campus

Residence Life and Housing has secured enough agreements from students to move off-campus to say they will not forcibly move students. 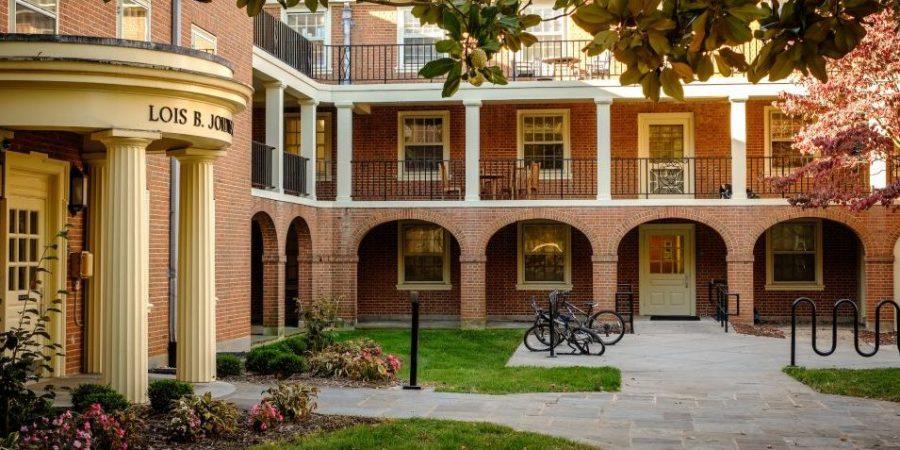 After a long period of will-they, won’t-they surrounding the department of Residence Life and Housing (RLH)’s requests for students to move from on-campus housing to off-campus sites like Deacon Station and the Crowne Oaks apartment complex, the Old Gold & Black has confirmed that RLH will not be forcibly moving students off-campus.

How we got here:

Dean of RLH Matthew Clifford explained that RLH began to notice an abnormal amount of vacancies in Deacon Station and Crowne Oaks almost immediately after the housing portal went live, but waited to see how the rest of junior and senior housing played out before making any formal decisions.

“We had to really let that second day of junior selection kind of play out as it were,” Clifford said. “And at the end of that day, we had a deeper understanding that there were more vacancies at Deacon Station and Crowne Oaks than we had anticipated. And so, after that process was completed, we took some time to sort of take a larger look and see where our gaps were.”

Clifford stressed that the issue is not related to a lack of beds; any student who wants university housing should be able to get it. The main issue with having those vacancies at this stage of housing selection, per Clifford, is that a small number of rising sophomores would have had to fill those vacancies, isolating them from campus after what was an already-isolating first year experience at Wake Forest.

“Experience shows that those first two years are really, really important for students who are still developing those peer relationships and navigating the experience of college [to be close] to the core of campus,” Clifford said.

Although housing demand and housing spread were mostly on par with expectations according to Clifford, two issues compounded RLH’s distribution problem. For one, more students elected to stay stateside during the coming fall semester in lieu of studying abroad.

“We have more continuing students staying on campus than we would typically expect during the fall,” Clifford said.

Another issue, per Clifford, was that Luter, a large freshman residence hall, is offline this year due to renovations. As such, some freshman students will be assigned space in the Hearn Plaza dorms, rooms which are typically occupied by sophomores and upperclassmen. Clifford did note that the amount of freshmen living in Quad dorms will be nowhere near the volume of freshmen who lived there last year due to COVID-19.

On Friday, July 9, RLH sent a targeted email to juniors and seniors asking them to reconsider the choice of living in either Deacon Station or Crowne Oaks. RLH offered students who took the offer a price reduction to a double rate ($5,072 per semester compared to the normal $6,216 for those spaces) and “priority access to an on-campus parking pass.”

“The thought, perhaps, was that some incentives might help our juniors and seniors look more closely and consider [living off-campus] as a viable option,” Clifford explained.

Senior Kenzey Tracy and her friends decided not to take the opportunity to move.

“We decided to stay on campus and enjoy our senior year,” Tracy said. “If Wake Forest had paid the extra cost of moving off-campus, we may have considered it.”

When asked about the incentives RLH offered, Tracy said “At that point, it’s just begging on their part. I think they should have figured out their housing situation a long time ago.”

Sophomore Marina Velasco and her friends took RLH up on their offer.

“I was looking for a nice place where my friends and I could all have single rooms and share a nice space together,” Velasco said. “So when we got the email, it seemed like a nice opportunity.”

Velasco and her friends are not alone. According to Clifford, the reception to the incentives has been warm enough that RLH does not predict having to relocate students, an option which had previously been floated. Also, Clifford noted that after finalizing quarantine plans, more spaces on-campus became available.

“The outcome is that we did not have to move anyone to create enough spaces for the sophomores participating in the second round,” Clifford told the OGB.