At NC Zoo and beyond, programs incentivize vaccinations 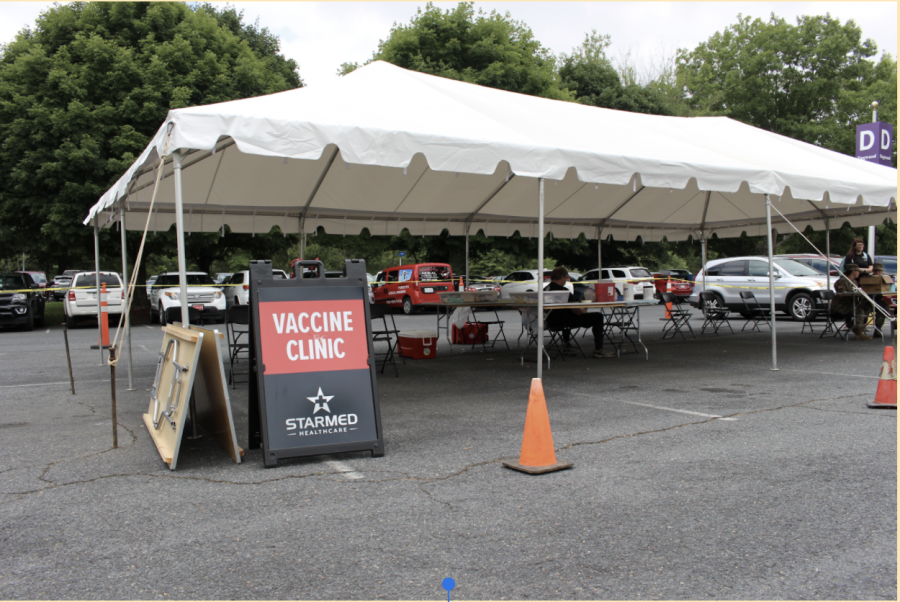 At the North Carolina State Zoo in Asheboro, NC, where thousands of tourists flocked to see the exhibits amidst recently loosened state COVID-19 restrictions, a small tent advertised a different kind of attraction.

The tent was home to the zoo’s vaccine clinic, run by StarMed Healthcare, and the patients who received their shot there were given a free zoo ticket, along with their band-aid. That program is part of the North Carolina Department of Health and Human Services’s (NCDHHS) Bring Back Summer initiative.

NCDHHS describes Bring Back Summer on their website as “a fun, flexible, community-centered approach to help every organization and individual stop the spread of COVID-19 by urging friends and neighbors to get vaccinated.”

On June 13, the several patients who came through the tent received either the Pfizer or Johnson & Johnson vaccines.

While the free ticket of admission was a nice touch, others, such as the Asheboro native Nancy Hughes decided to get her vaccine at the zoo because doing so was convenient.

“I’ve seen people who have COVID-19, and I feel better getting the shot,” she said. “It wasn’t just to get a free ticket.”

Hughes was one among only a handful of individuals who took advantage of the program that morning; for much of the day, the vaccine site was mostly empty. StarMed employees and three members of the National Guard set up shop at a folding table, but spent most of their time keeping stock of the associated paperwork and their box of tickets, rather than administering vaccines.

According to a StarMed employee who was not allowed to speak on the record, most people who did receive their vaccinations came from Randolph County, where Asheboro is located. Many of these individuals turned out after Governor Roy Cooper visited on May 21 to promote the Bring Back Summer initiative.

Specialist Murdock, a member of the National Guard assisting with the vaccine program, said reports surfacing in April that the Johnson & Johnson vaccine caused blood clots depressed turnout at the vaccine sites she had been stationed at, including the zoo.

“The bad news about [The Johnson & Johnson vaccine], whenever that got out, [was that] it hurt the numbers for a while,” Murdock said. “It seemed that everyone who was on the fence made their choice after that.”

Those on the fence about the Johnson & Johnson vaccine included Hughes. When she was presented with the opportunity to choose which vaccine she would prefer, she went with the Pfizer one.

“I’m more comfortable getting Pfizer,” she said. “One reason was because of the recall [of the Johnson & Johnson vaccine].”

With the recent approval of the Pfizer vaccine for children aged 12 and over, National Guard member Specialist Rice noted that more teenagers were getting vaccinated.

Noreen Dorsey took her 12-year-old son, James, to get vaccinated at the zoo clinic.

“I already got my vaccine,” Dorsey said. “I just want to be part of getting this virus under control.”

“Getting the vaccine is going to be awesome,” James added.

As for the incentive program itself, the employees couldn’t quantify how well it was working. Specialist Rice said that, in her experience, many people did not know about the incentives before getting the shot.

Select sites in Guilford, Mecklenburg, Rowan, and Rockingham counties offered $25 gift cards to those who received the vaccines or drove others to the vaccine sites. That initiative was also a part of Bring Back Summer, and ran from late March through much of June.

The StarMed employee said that the zoo’s vaccine site, and its incentive program, would be extended through the weekend of June 18. Across the state, vaccine incentive programs are gaining momentum, but North Carolina currently has only 52.5% of people aged 18 and older fully vaccinated, which falls well below the national average of 59.3%.

The zoo’s program was just one version of what expanded incentive programs across the state might look like. Starting on June 23, North Carolina also announced a vaccine lottery in which vaccinated individuals can enter to win $1 million or $125,000 for a post-secondary scholarship. Two winners have been announced, and two more winners will be announced on July 21 and Aug. 4.

Meanwhile, local governments are still engaging in their own incentive programs. For example, the Forsyth County Department of Public Health gave free movie passes and popcorn with vaccination on Saturday, July 17.

As for the zoo’s clinic, Governor Roy Cooper, who visited to promote the program on May 21, has remained a vocal proponent of this incentive program and the others across the state.