A “pho sure” hangover cure in Winston

The best place in Winston-Salem to go after a bender might be unexpected, but it works. 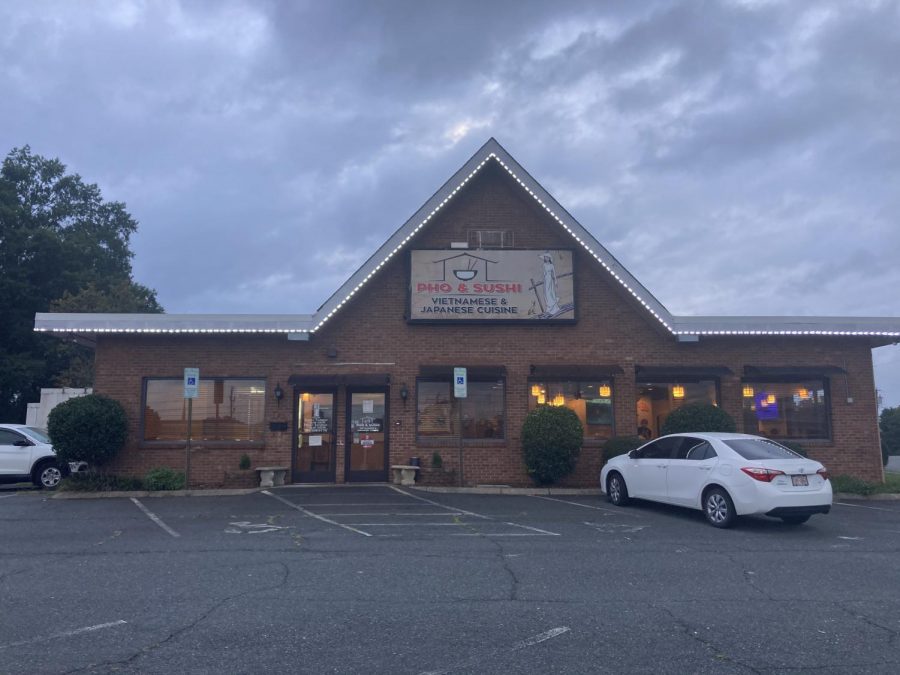 While many would not consider Vietnamese pho to be the ideal hangover cure, the noodle soup at Pho and Sushi in Winston-Salem certainly is a silver bullet after a bender.

There are some things in life that just go together. Peanut butter and jelly, peas and carrots, spaghetti and meatballs, hamburgers and fries, macaroni and cheese. Did I miss any? One that you might not have considered is the following: Vietnamese pho and a hangover.

Picture this hypothetical: you wake up after a long night out on the town, and your head feels as though a train has run through it. Your vision is blurry, and your left hand has a slight tremor. The idea of vomiting sounds horrific yet wonderful. Water is not doing the job and Advil has been rendered completely useless.

You are in trouble. You are in pain. You need a hero.

And that hero is pho. The steaming, hot broth combined with a healthy serving of rice noodles and your choice of protein — typically beef, shrimp or chicken — pairs perfectly with the mountain of sprouts, basil, mint, jalapeño and lime. The soup and the vegetables often come out separately so that the user may add what they desire and the additions do not lose their vital crispness. You may add sriracha hot sauce and a dark, soy-based sauce called hoisin, which adds a degree of salty sweetness that is delectable.

You will find that the large portion of broth and noodles soaks up any toxins in your body. The saltiness also replenishes any saline deficiencies and the vegetables also provide valuable nutrients that are certain to lift you out of your depleted state.

While the pho dish itself has its own benefits, there are a couple of side items that are not completely essential but will provide extra bolstering in case the morning has brought a particularly trying set of conditions upon your body. By ordering a side of spring rolls, one is given another vegetable aide. What really sets this dish apart is the peanut sauce that comes on the side. Instead of a room-temperature condiment as you might imagine it to be, a good Vietnamese peanut sauce will come out cold from the fridge. Similar to the rejuvenating benefits of a cool slushie, this sauce certainly helps get you back on track if ordered as a starter.

The final piece of my self-titled Vietnamese hangover cure is the unique iced coffee that can be acquired at any Vietnamese restaurant. Just ask for an iced coffee and you’ll see what I mean. The coffee beans come out in an interesting contraption that steeps them directly into your glass filled with ice, thick cream and a sugary sauce that coats the bottom of the glass. I recently heard that once the coffee has finished brewing, it is critical to stir up the mix very firmly so that it reaches a smooth brown consistency. While you watch the coffee slowly brew in front of you, the hangover begins to retreat before the first sip. It knows that it has met its match.

Now you might be asking yourself, “Cap, where can I find such a meal in Winston-Salem?”

Well, after trying most of the pho options in town, I have the ideal spot. Off Stratford Road, there is a place called Pho and Sushi Vietnamese and Japanese Cuisine. I have never had their sushi, so I cannot speak on its behalf. But the pho is by far the best I have had in the area. The beef broth is clear, which is actually the best indication as to the quality of pho as it takes nearly a week of skimming to get it down to that consistency.

You might not think the place is as good as I say upon approaching, as it does have a humble exterior. But, I promise you that the people who run the place are absolutely wonderful and the food is even better.

Everything I described is as I experienced there, and I promise you this place will bring your hangover to the swiftest of conclusions.