Managing your money at Wake Forest 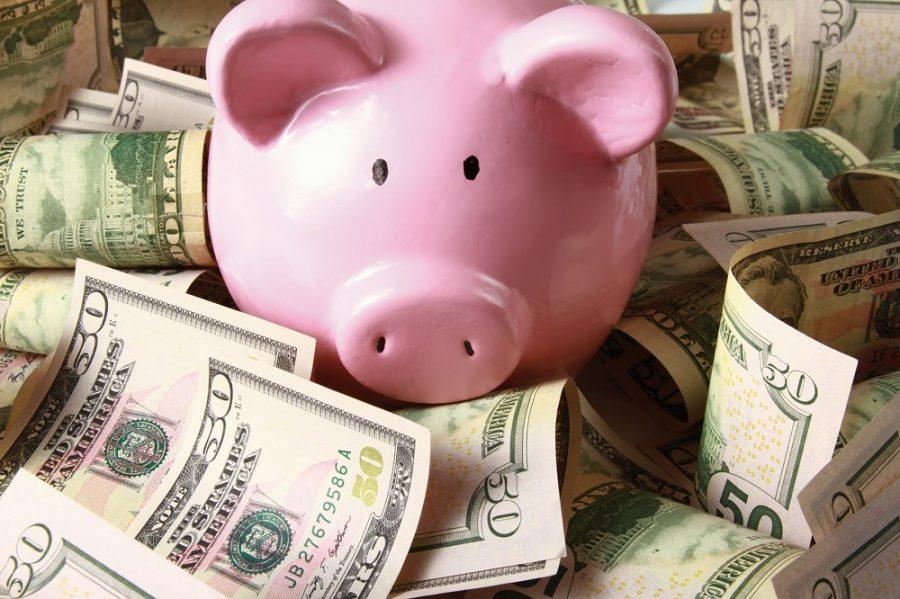 For some, starting college is the first time you have to manage your money (and in some instances, be financially independent). Now as a student, you have some built in cushions — a prepaid meal plan, prepaid housing, etc. These training wheels mean you won’t starve or become homeless just because you spent too much at Target, but it’d still be beneficial for you to pick up some basic personal finance skills in college.

Obviously, everyone’s financial situation is different — from completely depending on your parents to being totally independent, and everything in between. Unfortunately, I can’t cater to everyone’s unique financial needs in 600 words, so I’ll just do my best to provide advice that will be applicable to nearly everyone.

First, some generic basics. Wells Fargo is the only bank with ATMs on campus, and therefore the best bank to have. There’s an ATM outside Benson University Center and one outside Subway. Gentlemen, Dean Shore (the on-campus barber) only takes cash. Cash is also the best way to bribe professors, as most are too primordial to have Venmo. You’ve probably already been tricked into having an upgraded meal plan, but the base level is really fine. I love to eat and I’ve more than managed on the base plan for two years. Just be diligent about using your Pit Swipes and don’t blow through all your Old Golds too early. Third, and this one’s important, never, ever buy textbooks when renting is an option. You may think you’ll want to keep your Medieval Japanese history textbook, but trust me, you won’t. Buy/rent your books sooner rather than later before they run out of used ones. Try your absolute best to avoid parking tickets. Parking & Transportation writes up tickets at a shockingly efficient rate, and they are expensive. It’s basically how the school is funded.

Since I’m a boy, I only really spend money on food. That’s one of the only things I am educated about, and therefore the thing I feel qualified to give advice on.

POD snacks and drinks are way overpriced. Avoid when possible and instead buy things in bulk from Target. It’s nice to have food from Target to snack on at 1 or 2 a.m. so you don’t have to pay $24.95 for some DoorDashed CookOut. Try to limit your off-campus meals and use your food plan as much as possible. Be smart with your Old Golds, don’t use them at Starbucks or Einstein’s. Shorty’s is a pretty bad deal now that they revamped the Old Gold section, but they do have the best alcohol on campus (only for those of age, of course). When you go to Subway, load up your sandwiches if you get an Old Gold. It’s the same price if you get 1 topping or 10, so go crazy. My personal Subway trick (The Subway Sneak, trademark pending) is to ask the first lady for a six-inch ham sandwich. Then ask for an egg and whatever else you want on it. When you get to the register and the second lady asks what you got, you tell them a ham, egg, and cheese. That’s under the breakfast menu and which costs $3.29 as opposed to the standard $4.99. You can then just throw away the egg (it’s really terrible, don’t try to eat it). Do that three times and you just got a free sandwich.

I would also recommend, at some point in your freshman year, to look for a job, on-campus or not. Not only does money coming in help offset money going out, but it’s also good for the resume and expanding your personal network. The university hires lots of students for various tasks. From sitting in the library, to sitting in the gym, to sitting in Benson, you can get paid to sit in a variety of places on campus. Once you have a semester or two under your belt, you can be a TA or tutor, which is a paid job. Off-campus employment is also another option, but it’s not as convenient. And finally, the esteemed and widely beloved Old Gold & Black pays its writers and editors a whopping $15 an article. Not only is it actually a good job, but you get to deal with me during the very complicated process of hiring you as an employee of the school.

You’re going to learn a lot at Wake Forest and learning how to manage your money is one of the most important. Be smart and use those big brains.