What your freshman dorm says about you

Discover the tropes and traits of your randomly assigned housing 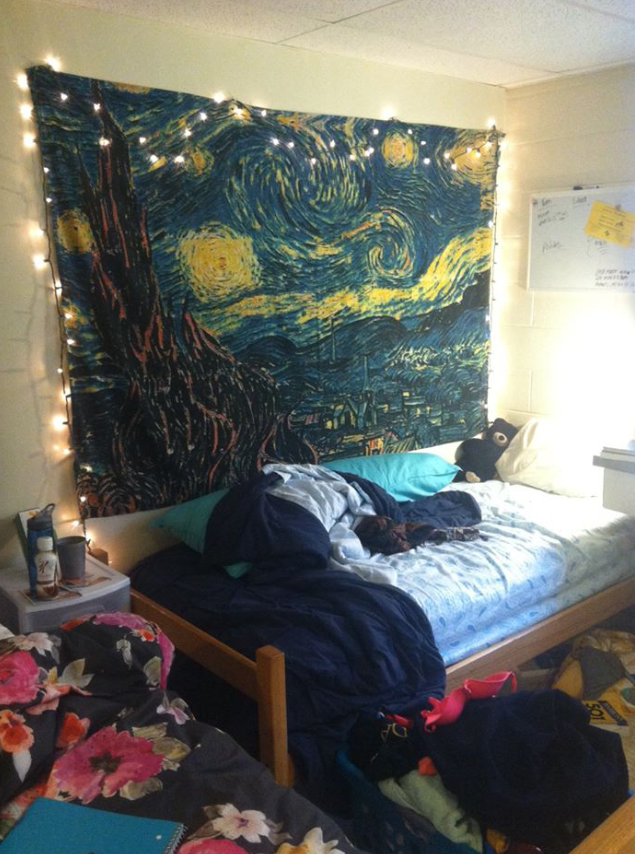 Somewhere along my protracted tour-de-force of small, expensive, private, wooded, southern liberal arts institutions I crafted a rough idea of what sort of musty space I would soon inhabit with a total stranger. Two years of exposure to the life of a first-year college student (gained via following around my older brother and visiting friends) gave me the impression that the dimensions of the room I would inhabit probably resembled those of a walk-in closet — and surely, twin beds and a hall bathroom would accompany my quarters. When I finally moved onto campus, such became the compelling reality for 17-year old me. In spite of my inevitably frustrating living conditions, I was eager to tackle an important life challenge. Everyone has to live in dorms like these, I thought.

When I toured Wake Forest three years ago, I distinctly remember being corralled through the tight hallways of Johnson Residence Hall (the only dormitory I toured) with other prospective students and thinking to myself, this is somewhat similar to the authentic college room that I had imagined for so long. Even though there were luxuries including a free microwave and minifridge that I didn’t expect, all the fixtures that most people dreaded were present. There was even a burgeoning stench that inhabited the basement! The smell was comforting, in a way — and I know that it continues to be for most students that live in Johnson. There’s a certain platonic intimacy that develops between the different floors, one that isn’t exactly available in other dorms. Back then, I was looking forward to enjoying my first year in a place like that because from my perspective, every hall was just like this one.

And yet, I didn’t end up in Johnson, or anything like it. My home was the Maya Angelou Residence Hall (the pièce de résistance of the freshman dormitories), and so it didn’t take long for me to come to an understanding that the freshman dorms were all poles apart in their own way.

You can probably imagine my surprise when I found myself in a pristine, spacious double with a media room and a gargantuan living room on the floor below. It was in those hallowed halls that I learned how much of an effect your freshman dorm can have on you. If you’ve seen or read Harry Potter, you’ll understand what I mean because the freshman dorms are exactly like the houses in Hogwarts. Angelou is Gryffindor. South is Slytherin — they think their building is better when it’s objectively second best — and so on and so forth.

Of course, it’s all random (or at least that’s what they would have us believe). In my case, I shirked the random selection process due to my participation in a Living Learning Community (which is something that I highly recommend) and arrived in a paradise that I didn’t even know existed.

Yes, naturally, where you live your freshman year means something about you. And while you can limit the meaning to just the group of people that you hang out with, it’s much more fun to subscribe to the campus-wide conspiracies. Despite this, whether you spend your first months at Wake Forest in Luter’s labyrinth or climbing to the roof of Babcock, you’re bound to make some of the greatest memories of your undergraduate experience, no matter whose name is etched above the pillars.

Lastly, don’t get me wrong, students in Angelou have it rough, too. If you find yourself there — buckle up, because it’s going to be a rough ride. Everyone else will hate and discriminate against you for something that was never even within your control — being superior. But don’t be discouraged by the haters. Ultimately, they’ll be the ones begging to hang out with you, in your room. It’s not like anyone’s going to want to have a kickback in Collins.