The ACC looks to be strong this year, with the likes of Clemson and North Carolina 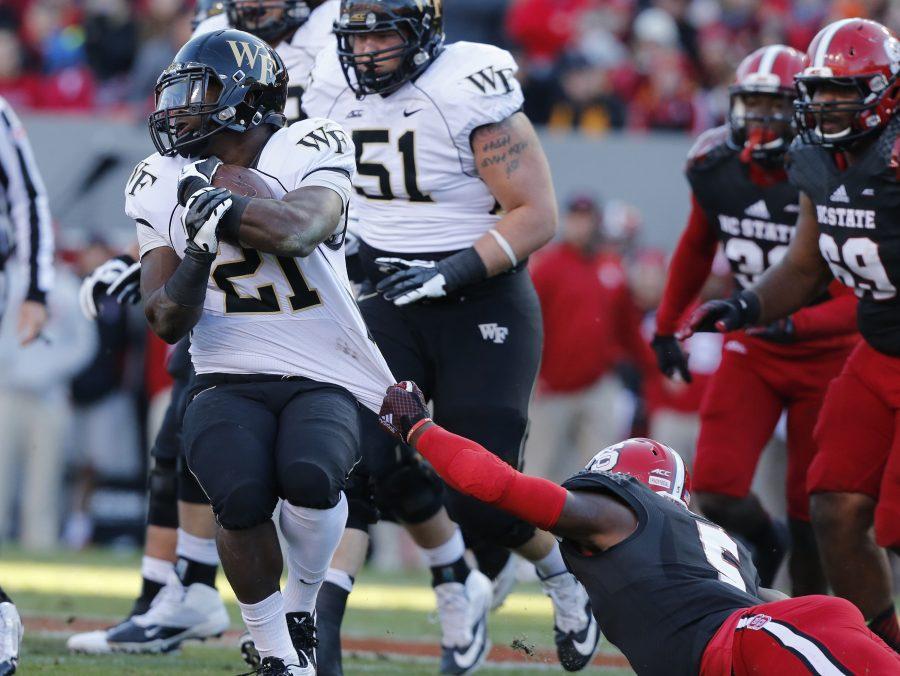 The college football season is almost upon us, and as always, there is much to size up in Wake Forest’s conference: the ACC. For the past few years, the top of the ACC has remained relatively constant, with Clemson practically a perennial College Football Playoff member and the recent resurgence of North Carolina under head coach Mack Brown. But below that, the rest of the conference is up for play.

Below, each team in the conference will be previewed and their records will be predicted. With that, let’s get into it.

Expect nothing less than an undefeated season from the No. 3 ranked Tigers. They lost quarterback Trevor Lawrence to the NFL, but sophomore DJ Uiagalelei is the real deal and should fit right into the Tiger offense. On defense, sophomore defensive tackle Bryan Bresee is expected to build upon a star-studded freshman year.

Looking at the schedule, Clemson’s hardest game should come in their first week matchup against No. 5 Georgia. Other than that, the Tigers’ conference schedule is much easier than it could be, as they avoid No. 10 North Carolina and No. 14 Miami.

Devin Leary is back at quarterback for the Wolfpack after spending last season on the sideline with an injury. The defense could prove to be a weakness, they lost the heart of their team, pass rusher Alim McNeill, to graduation.

The Wolfpack has a rather easy non-conference schedule, except for Mississippi State, which will be a challenge. In conference play, NC State should be able to handle the likes of Wake Forest, Boston College and Louisville. Their three losses should come to No. 3 Clemson, No. 10 North Carolina and No. 14 Miami.

Wake Forest struggled last season, but with the return of nearly their entire offense, there is an opportunity for this team to be a formidable one. Sam Hartman is back at quarterback and could lead the offense to a big year. The Demon Deacons are known around the NCAA as a team that can beat almost anyone, but also can falter against weaker opponents, so this prediction is not easy.

Wake Forest starts the season out with two games they should win — against Old Dominion and Norfolk State — and has two games they should lose — No. 3 Clemson and No. 10 North Carolina. Other than that, almost every other game is a toss-up. I like the Demon Deacons to beat Florida State, Louisville, Syracuse, Army, Duke and Boston College. I see them losing to NC State and Virginia, along with the ranked teams previously listed. If this prediction comes true, the Demon Deacons would start the season 7-1.

Boston College should be a good football team this year, but like Wake Forest, they are hard to predict. Phil Jurkovic solidifies the offense at the quarterback position as one of the best in all of college football. On defense, eight starters are expected back.

The Eagles have a very easy non-conference schedule to start off the season aside from when Missouri comes to their home field. They also have to face No. 3 Clemson, and have some losable games against Wake Forest, NC State and Virginia Tech. All of these, I expect them to drop.

Last season, the offense was Louisville’s strong suit, averaging 444 yards and 30 points per game. Their quarterback, Malik Cunningham, returns, adding stability. The linebacker core on defense has been heavily diminished by graduation, so the Cardinals could be weak up the middle.

Louisville has a tough first matchup against Ole Miss in Atlanta, but after that, I expect them to handle the rest of their early schedule. In-conference, they have two cupcake games against Syracuse and Duke, but also have to face No. 3 Clemson, NC State and Wake Forest.

For Florida State, last year was a struggle, but the transfer of quarterback Mckenzie Milton could provide some pop on the offensive side of the ball, as long as he can stay healthy. On defense, the Seminoles return a very strong linebacker core. I personally think this team will continue to struggle throughout the season, but they could also be the most likely team to prove me wrong and turn the tables.

From top to bottom, Florida State has a really tough schedule, starting in week one against Notre Dame. In conference play, they also have to face all of the top-end teams — No. 3 Clemson, No. 10 North Carolina, No. 14 Miami and NC State. At the end of the season, the return of their annual battle with No. 13 Florida will be must-watch football. The only conference matchup I truly trust the Seminoles to win, against Syracuse.

Last year was not fun for fans of the Orange, with the team only posting one win. The offensive line couldn’t block a beach ball, and the rest of the offense couldn’t do much more to move the chains. Tommy DeVito is back at quarterback, but is at risk of losing his job before the season even begins.

Believe it or not, I think the Orange will start the season on a 3-0 run, but that comes in games against Ohio, Rutgers and Albany. After that, I expect Syracuse to drop the rest of their games, including a matchup with No. 3 Clemson.

Sam Howell is back at quarterback for what was a lethal North Carolina team last year. He is easily one of the top candidates for the Heisman Trophy this season. The offensive line could be a liability protecting Howell in the pocket, though. The defense lost a lot of production to the draft as well.

The Tar Heels have a relatively easy ACC schedule, but they do have to face off against No. 14 Miami and NC State. I expect them to drop a non-conference game in the middle of the season to No. 9 Notre Dame.

D’Eriq King is back at quarterback for the Hurricanes after tearing his ACL in the bowl game. The defensive side of the ball is a big concern for Miami after losing Greg Rousseau to the draft. The linebackers are shaky as well.

Miami kicks off the season against Alabama in what will be a packed house in Atlanta. Luckily, the Hurricanes avoid No. 3 Clemson, but do have to face No. 10 North Carolina, which I have earmarked as a loss. The rest of the schedule isn’t too troublesome, but NC State should be an upset watch.

I like Virginia Tech more than most sports journalists, and most of that has to do with their offense, which returns seven starters. The most important position for the Hokies this year is quarterback. Braxton Burmeister is expected to start after transferring over from Oregon.

Virginia Tech’s first game comes against No. 10 North Carolina, which is a tough way to start off the season. They also have a tough mid-season matchup with No. 9 Notre Dame. Lastly, the end of the season brings some competitive games against Boston College, No. 14 Miami and Virginia.

In years past, Pitt has not been known to be a strong contender in the ACC. Last year, however, they turned it around and put forth a winning record. Luckily for the Panthers, Kenny Pickett returns at quarterback, and the receivers surrounding him are spectacular. The ground game, on the other hand, leaves a lot to be desired.

Pitt’s only remotely tough early-season game comes against Tennessee, and who knows if that even is worth calling a contest. In conference play, the Panthers face strong competition, including the likes of No. 3 Clemson, No. 14 Miami and No. 10 North Carolina, all in the span of four weeks.

Last year, the Cavaliers were plagued by inconsistent play on both sides of the ball. This coming season, I expect much of the same.

There are some tough out-of-conference games against No. 9 Notre Dame and BYU, not to mention playing No. 10 North Carolina and No. 14 Miami in-conference. I do have the Cavaliers taking down Wake Forest, though.

Simply put, the transformation process is still on for the Yellow Jackets, and they are not done yet. They get a courtesy win against Duke, but that’s about it.

Duke has some pretty easy out-of-conference games, the toughest being a home game against Kansas. They should win those. The ACC schedule should be a big struggle and lead to a disappointing record.