While some teams have held up to their expectations, others have overperformed 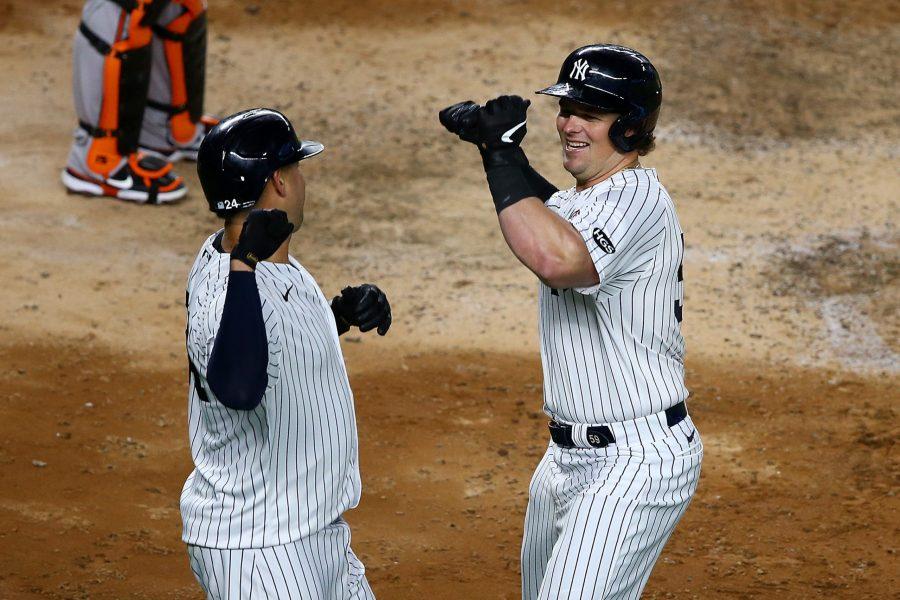 If there is anything this season has shown us, it is that a full MLB season is a marathon, not a sprint. Unlike in last year’s shortened schedule, many teams have felt the wear and tear of a 162-game campaign. Take the San Diego Padres and Boston Red Sox, for instance. Both teams looked like surefire playoff teams and possible championship contenders throughout the first half of the season, but have seen their postseason hopes take a serious hit in recent weeks. The New York Mets, who led their division for 90 consecutive days have all but collapsed and given way to the red-hot Braves in the NL East.

At the beginning of the season, I carefully laid out my predictions for the 2021 season. While I’ve done respectably thus far, you can never predict in March what’s going to happen at the trade deadline in July. This year, baseball fans witnessed one of the crazier deadlines in recent memory. Several trades completely turned the tide, for better or worse, for several contending teams.

The Yankees, who looked dead to rights in the early goings, received a burst of energy from newly acquired sluggers Anthony Rizzo and Joey Gallo. The San Francisco Giants have maintained their lead in the competitive NL West with help from former MVP Kris Bryant. However, the biggest news of the deadline was the Dodgers’ acquisition of three-time Cy Young winner Max Scherzer and star shortstop Trea Turner. While some front offices provided a much-needed boost to their teams, others such as the Padres, Mets and Red Sox fell short and suffered the consequences.

I don’t like going back and changing my predictions this late into the season, so I will try to remain as consistent as possible. Things didn’t look great early on, but it appears as if I will be correct in picking Atlanta to win the NL East. The Mets and Phillies spent a lot of money over the past couple of years trying to overtake the Braves, who seemingly win the division every year. Yet, once again, they will fail to do so.

While I like my original predictions from top to bottom in the East, I cannot say the same about the NL Central. The Brewers — carried by good pitching and the resurgence of Willy Adames — have been great all year and will run away with the division title. The Reds have also come on as of late and will punch their ticket to the postseason due to a hot stretch from Joey Votto. The Cardinals fell way short of my expectations due to some injuries and mediocre play throughout the season.

I thought I was being generous giving the Giants 74 wins this year in the NL West, but they came out of the gate fast and haven’t looked back. Veterans Buster Posey and Brandon Crawford have rejuvenated their careers and the Giants look like a threat to bring another ring home to the Bay Area. However, I still believe the Dodgers will win this division. It seems like they have been chasing their rivals all year, but their mid-season acquisitions should push them over the hump.

Fernando Tatis Jr. continued his incredible season for the Padres, but San Diego has crumbled down the stretch. I was worried about how they would handle expectations in my March predictions, and it doesn’t help that their front office made a cardinal sin and traded with the Rays. Blake Snell has pitched poorly all season, and the Padres will ultimately miss the playoffs.

In the AL East, I originally picked the Yankees to take home the division title, but little ol’ Tampa continues to play good baseball and looks to be the No.1  seed come playoff time. The Red Sox not only failed to get Anthony Rizzo, but watched him go to their hated rivals in New York who will end up hosting the Wild Card game. Boston and Toronto have a lot of talent but are a few more pieces away from becoming true playoff contenders.

To no surprise, the White Sox separated themselves from the pack early on in the AL Central and will win their first division title in over a decade. Cleveland is the only other competitive team in the division, but they’ll miss the postseason for just the second time in six years.

The AL West has been a two-team battle for the majority of the season. I’m going to take a shot and stick with my original prediction of the A’s coming through and Houston settling for the Wild Card berth. Seattle has been much better than expected, but they’re not ready to hang with the big boys just yet.

Back in March, I took the Braves to beat the Yankees in the World Series. While both teams did well at the deadline and will be in the postseason, I would now take the Rays to avenge last year’s loss and beat the Brewers in the Fall Classic.