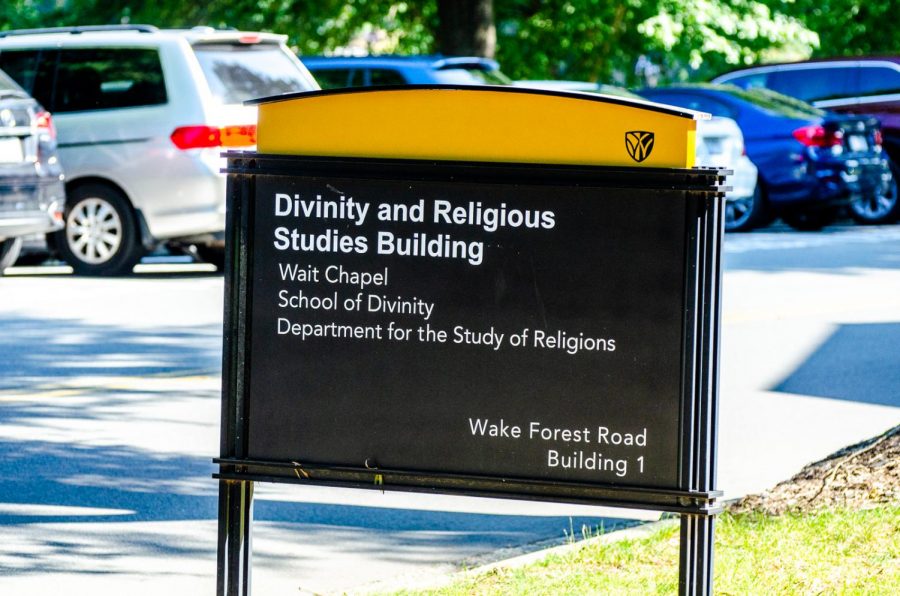 After the committee missed its June 30 deadline to come up with a new name for the religion building, a placeholder name was chosen.

Nearly four months ago, former Wake Forest President Nathan O. Hatch announced the renaming of what was then Wingate Hall to “May 7, 1860 Hall”. This naming was meant to commemorate and acknowledge the day the University sold 16 enslaved humans at auction.

The renaming was quickly met with widespread backlash from the Wake Forest community. The backlash prompted the creation of a change.org petition titled “Replace May 7, 1860 Renaming of Wingate Hall,” which received over 1,800 signatures. In this petition, students, faculty and alumni demanded a name that would “celebrate Black excellence” rather than one which memorialized a day that human beings were sold. Shortly thereafter, the name change was halted, and a committee was convened to search for yet another new name.

On Aug. 10, the university’s new President, Dr. Susan Wente, shared with the school her plans to address the history of the school and rename the hall. She informed the community that the hall would temporarily be known as the Divinity and Religious Studies Building. Wente explained that this measure would prevent the continued use of the name Wingate Hall, but it would also provide the community time to agree on a more permanent and fitting name. She also announced that she had tasked the Office of Diversity and Inclusion to begin this process of finding a suitable name. All the while, she emphasized the importance of “open dialogue” within the Wake Forest community.

With a focus on discovering “names of individuals, themes, and concepts to inform and inspire future endeavors as a university” her announcement suggests that this process will directly involve many members of the Wake Forest community. It is Wente’s hope that these individuals will continue to speak up regarding their beliefs and opinions, both on this matter and others.

Additionally, Wente’s comments hint at an intention to use names found in this specific renaming process for future projects. In finishing her announcement, she noted the importance of continuing to improve Wake Forest’s “diversity, equity and inclusion” on a community-wide level.

Now that the majority of the community is back on campus and the Divinity and Religious Studies Building is in use hosting in-person classes, many are wondering when the next steps to rename the building will take place.

Since the announcement on Aug. 10, there has been no word regarding the next steps of the naming process.

When asked if there were any updates on the building’s name, Vice President for Diversity and Inclusion Dr. Jose Villalba said that his office has been “laying out these next steps” during the past few weeks and that they are currently “working on the process and method, now that students, staff, and faculty are back in person.”

As of now, this process is centered around assembling a group of stakeholders to assist Dr. Villalba and the office with the next steps in this naming process. Dr. Villalba did not have any further comments at the time, but he did acknowledge that there would be more updates for the community on the renaming decision in the near future.