You’ve never prepared the breakfast favorite like this before 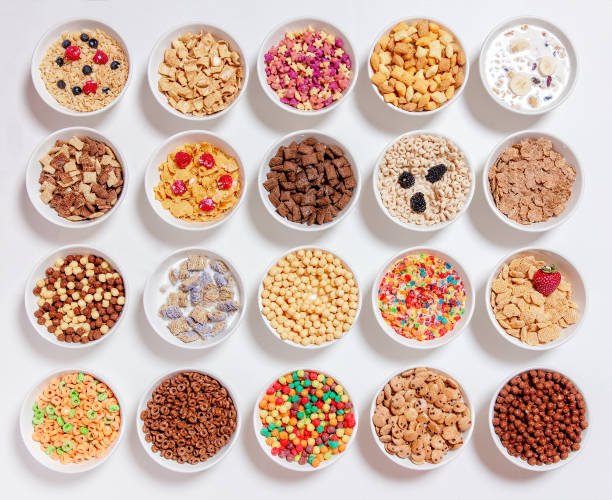 Remember our beloved Life Editor Selinna Tran’s warm cheesecake controversy last year? Yeah, well I have something that is far more absurd and contentious than a rather stale modification to a mediocre dessert.

But, before I reveal my deep, dark, raunchy secret, I would like to provide a preface. Don’t read further if you are sensitive to new ideas, innovation, progressivism and dairy. If any of these offends you, then leave. Triggering thoughts and ideas are incoming. You’ve been warned.

Okay, now that all the soy boys, lactose intolerants and Will Zimmerman have left the chat, it’s time to reveal my absolutely gobsmacking new answer to the age-old question — how should one prepare their cereal in the morning?

Obviously, the traditionalists would answer this trivial question with a definitive and confident demonstration. First, they toss their grain of choice into the bowl. Next, they splash in their favorite milk. However, I would like to propose an opposing methodology — pouring the milk before the cereal can be a breakfast-altering experience. It doesn’t even have to be during breakfast. Try it in the evening. Go nuts.

Before you lose faith in humanity and judge me viciously, let me explain myself. The practice of pouring milk before cereal is merely a question of nature versus nurture.

Personally, I have been using the aforementioned method since I was four years old, and it has been ingrained into my psyche. (And no, my parents didn’t force me into this practice — what some may deem a war crime — I just ended up doing it because it felt comfortable). I strongly believe that this method is better than the traditional boring cereal-before-milk one because of several reasons which I will now share.

If you are like me, acutely fond of different textures and the mouthfeel of foods, then you would agree that soggy food is disgusting. You would obviously want a crispy fry from McDonald’s over those rancid, flaccid, soggy ones. The same logic applies to cereal. The crunchiness of cereal becomes tainted when it sits too long at the bottom of the bowl. Thus, having an immaculate milk-to-crunchy-cereal ratio is absolutely necessary, and the only way to achieve it is by pouring your milk first.

Another way to think about this is through an analogy. A boat cannot be launched without a body of water. The boat is represented by the cereal. The first layer of the boat serves as a sturdy flotation device for the rest of the hull and keeps the ship afloat — are you getting it now, soy boys?

I know what you’re thinking, and I know what emotions are flowing through you: rage, murderous intent. That’s what happened during the Inquisition when the Catholic Church tried Galileo for heliocentric heresy, but if you view me as somewhat of a Galilean, well, I’ll be flattered.

Perhaps only a few thoughts arise from this quandary. Probably, and most notably, “surely thou jest,” or, “who hired a couple of psychopaths to run the Life Section?” But this is where many people fail to inquire deeper, to go further into the depths of the uncharted. An intellectual once said, “to fail at questioning everything is a conscious death.”

Anyways, my days are numbered here at Wake Forest. I regret to inform you that the student body and many faculty members here share a common distaste for my radical views on America’s favorite lazy meal prep, and I fear I am slowly being ousted. I seek a loving and understanding community, yet I get flak for my principles and beliefs. Seldom do I find benevolent souls who take after my ingenuity and appreciate my cereal rituals. When I do come upon one of these individuals, they are welcomed into a dynasty of dreamers and enlightened thinkers.

So, join me on this quest of good-willed dissemination in my pursuit of a revolutionary solution. Explore. Experiment. The oasis of Lucky Charms and Cocoa Puffs awaits you.