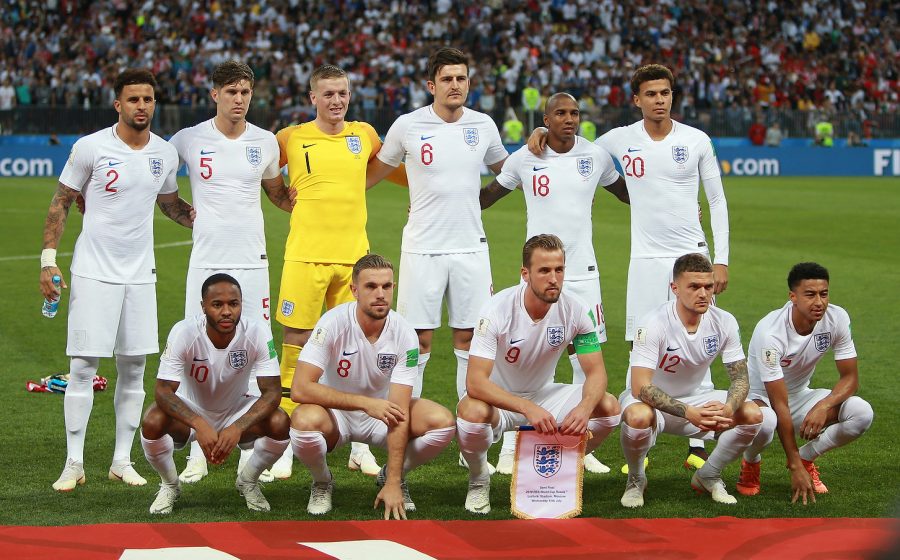 It’s the 70th minute of Germany versus England. The game is tied at 0-0. England star Jack Grealish has just been subbed; off comes the 19-year-old attacker, Bukayo Saka. Wembley roars in excitement at the sight. Four minutes later, the ball is fed into the feet of Raheem Sterling who stands at the German half of the midfield. He turns towards the German defense, the ball in front of him. He dribbles toward the German goal, beats two defenders and passes to England’s talisman, Harry Kane, who waits on the edge of the 18-yard box. Kane, with his back towards goal, passes to Grealish, who supplies the ball to Luke Shaw on his left. Making one of his marauding runs down the left wing, Shaw runs by a defender and fizzes the ball along the ground across the penalty area. There Sterling tucks it away for his third goal of the tournament. Wembley erupts into ecstasy.

Over the summer of 2021, the 2020 European Championships gave the continent, and the soccer world at large, reason to celebrate. The games are normally held in one country, but to mark the 60th anniversary of the tournament, it was decided that these matches should be played all over the continent. England was very lucky in their draw of cities: they were able to play six of their seven games in front of their home crowd.

However, the English fans weren’t confined to their country across the pond. I, around 3,462 miles away from London, am also a firm supporter of the team.

I first became a soccer fan when watching the 2018 World Cup and found myself rooting for a country on the other side of the world. That year, team England tragically lost in extra time to the sweethearts of the tournament, Croatia yet, even still, I fell in love with both the sport and team.

I am pretty non-English. With Italian and Eastern European ancestry and a multi-generational American background, there was very little tying me to the country. Nonetheless, I can’t imagine feeling more connected to a group of players and a nation as a whole, than I did last summer.

England is a team replete with icons. Captain Harry Kane may be the first to come to mind for many, but Marcus Rashford deserves praise as well. During the initial lockdowns in the United Kingdom, Rashford successfully petitioned the government to continue and expand a program of free school meals.

England is a team that is also full of relatable people. From Mason Mount and Declan Rice — two midfielders who have been friends since childhood — to Raheem Sterling — who lost his father when he was two, and who was seen carrying his four-year-old son onto the field after the win against Germany — the team has quite a cast of characters.

After the game against Germany, England went on to crush Ukraine in the quarterfinals by a score of 4-0. Then, in the semifinals, they beat Denmark 2-1 in extra time. After reaching their first tournament final since their 1996 World Cup win, England was set to face the best team in the tournament: Italy.

The game was an emotionally taxing one. England went up 1-0 after only three minutes, but the score was leveled in the second half off a scrappy goal that resulted from a corner kick. England went on to lose the game on penalties — the Italians found the back of the net thrice, England only twice. I was heartbroken.

My sadness quickly developed into anger and disappointment when I heard the news that the three English players who had missed their penalties — Rashford, Saka and Jaden Sancho — had been racially abused on social media.

I was sickened, as I’m sure many others were. ‘How could anybody possibly abuse someone in such an ignorant way, especially Rashford, whose compassion during the pandemic allowed many children to not go to bed hungry,’ I wondered.

At the same time, I was heartened by the number of people I saw reaching out to the players, offering their support and their love. I was heartened, too, by the quick support offered by other English players, Kane in particular. To the public, he said: “If you’re abusing anyone on social media, you’re not an England fan and we don’t want you.”

Watching the European Championships was an amazing experience, and I recommend everyone tune into the 2022 World Cup when we can (hopefully) cheer on the American national team. There are not a lot of American sporting events that can match the passion and intensity that comes with international football, which is one of the reasons I have come to love the sport. I am and always will be incredibly proud of this England team, not only because of how far they went, but because of the example they set along the way.