In many ways, the past 48 hours have been a reckoning for Wake Forest’s campus 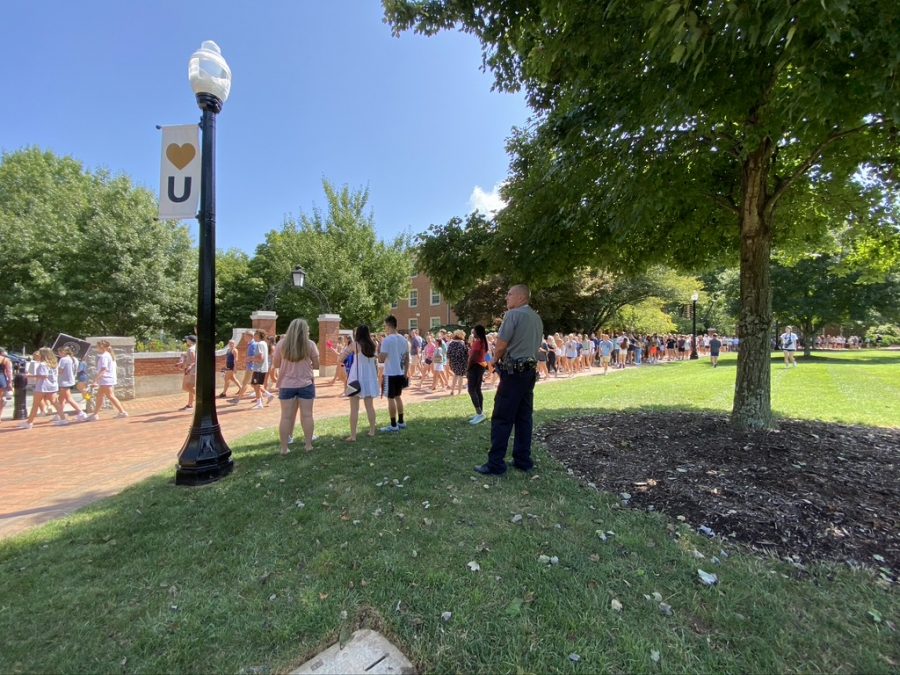 Protesters walk to the quad to continue the protest.

In many ways, the past 48 hours have been a reckoning for Wake Forest’s campus. In light of all that has occurred, there are now many unpleasant truths with which the student body, administrators and the entire campus community must contend.

One such truth, which some have learned from Saturday’s protest and others through painful personal experiences, is that Wake Forest’s systems surrounding sexual violence are failing survivors. Yet, at the same time, we would be remiss not to mention that the recent protest against sexual assault on campus unearthed another story entirely.

Over the past 24 hours, Yik Yak — the social media platform on which Saturday’s protest was organized — has been filled with reported sightings of the student who was readmitted. The Old Gold & Black has learned and can confirm that a number of these posts referred to other Black male students on campus, guilty of nothing more than simply walking across the quad.

We do not excuse the conduct of any student who perpetuates sexual violence. With this being said, we also recognize that the history of violence against Black men who have not participated in such perpetration is well documented, especially in the South. All students at this school must be mindful of that history.

As such, this racial profiling must stop immediately.

The culture surrounding sexual violence on campus must also be eradicated immediately.

The Old Gold & Black stands vehemently against interpersonal violence and is dedicated to reporting in a manner that is fair, transparent and accurate. To this end, the Old Gold & Black extends the offer of a platform to any victims of racial or sexual violence who want and need to be heard after the events of this weekend.

In addition, there is much more that can be said, will be said and has been said about the current movement surrounding sexual assault on campus. Survivors of color have also been failed by the university, and their voices need to be heard as well.

When Black survivors spoke out last spring in a speak out called To Whom Do We Cry?, the response and turnout were inadequate — as a community, we failed.

A part of the blame for that falls on our shoulders at the Old Gold & Black, as we did not effectively cover that speak out. There was a mistake regarding scheduling and staffing, and we take full responsibility for failing to get comments from the organizers and failing to cover this important issue.

While we cannot change the mistakes we made in regards to this lack of coverage, we can commit to doing better today.

In the coming days and weeks, the Old Gold & Black will continue reporting on sexual violence here at Wake Forest with the widest lens we can muster. We will continue to share the stories of those who have not been heard. We will continue to amplify those voices in need of amplification. Our investigations and reporting will be wide-ranging and irrespective of race, socioeconomic status, Greek involvement or any other factors.

The Wake Forest community deserves nothing less from its student newspaper.