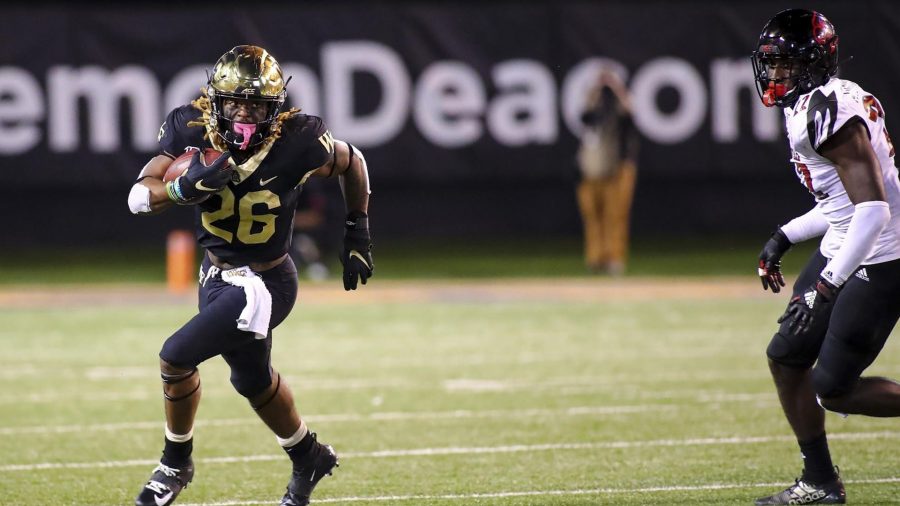 On Friday, the 2021 football season will finally begin for Wake Forest with the Demon Deacons set to face off against the Old Dominion Monarchs under the bright lights of Truist Field. There are high expectations for Wake Forest this season, and that begins with the Demon Deacons securing a comfortable win to start the season. Below is a preview of the upcoming matchup.

Out of all the teams Wake Forest is scheduled to play this season, the Monarchs might just be the hardest team to preview. Last season, Old Dominion did not play a single game due to COVID-19.

To find the last Monarchs game, one would have to go all the way back to Nov. 30, 2019, when they lost to Charlotte. The most recent Old Dominion win came on Aug. 31, 2019, against Norfolk State, another one of Wake Forest’s 2021 opponents. This all goes to say that, come Friday night, the Monarchs will suit up for their first game in 640 days.

Two seasons ago, in their last full season, Old Dominion wasn’t a strong team. After beating Norfolk State in their first game, they didn’t win another all season. Their 11 consecutive losses came against the likes of Virginia Tech, Virginia and all of their in-conference opponents in Conference USA.

This season, Old Dominion has a different appearance, starting with their head coach. Ricky Rhane, a former offensive coordinator at Penn State, is now at the helm. At Penn State, Rhane was a large proponent of utilizing a rushing quarterback, demonstrated by Trace McSorely, who finished the 2018 season with the second-most rushing attempts on the team. In 2019, quarterback Sean Clifford also finished second in rushing attempts.

With that in mind, it is expected that Darriel Mack Jr, a transfer from UCF, will get the nod to start at quarterback against the Demon Deacons. Mack finished his career in Orlando with 838 passing yards, 7 passing touchdowns, 516 rushing yards and 9 rushing touchdowns in 17 games. He provides a big upgrade for the Monarchs, a team that had only five passing touchdowns in 2019. Expect a run-heavy offensive scheme, and that starts with Mack.

On defense, many of Old Dominion’s strongest players left Norfolk in the transfer portal. Leading tackler Lawrence Gardner, a 2nd team All-Conference USA linebacker, left the team after the cancellation of the 2020 season. Defensive end Keion White transferred to Georgia Tech. Lastly, cornerback Kaleb Ford-Dement, another 2nd team All-Conference USA player, left for Michigan State. Losing their three best players on defense does not bode well for the Monarchs this season. Expect Wake Forest to attack the front seven in the run game, which should equate to a lot of yards for running back Christian Beal-Smith.

There is no question that Wake Forest should win this game. Wake Forest is a Power Five school, and Old Dominion is a team that recently moved to the FBS and did not play a single game last season. ESPN currently favors the Demon Deacons by 31 points.

While the expectation is for Wake Forest to win comfortably, I do not think they will cover the 31 point spread given by ESPN. In 2019, Old Dominion played two ACC teams — Virginia Tech and Virginia — and played them closely. The Monarchs lost to the Hokies by 14 and the Cavaliers by 11.

Also, there is no reason that starters should be going deep into this game. Quarterback Sam Hartman, Beal-Smith and many others should be out of the game by halftime. When the starters leave the field, I don’t expect the Demon Deacons to continue to pile on points. If this game somehow stays close, then the starters will certainly have to stay in the game and fight off an upset.