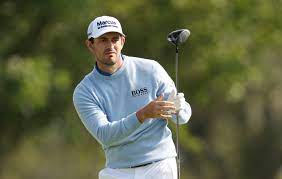 On a sunny Sunday afternoon, Patrick Cantlay was the last man standing after an intense, sudden-death duel with rival Bryson Dechambeau.

As the last day of the competition approached, Cantlay and DeChambeau were firmly ahead of the pack through 54 holes, with Sungjae close behind in the third-place position. From the beginning of the BMW Open, spectators and analysts alike knew that this dynamic pairing would provide the entertaining clash that golf fans had been clamoring for in the sport’s return to the public.

The vacuum of personality and stardom left by the end of the Tiger Woods era is now to be replaced by the brawn and confidence of DeChambeau and the sly smile and giggles of his crafty counterpart Cantlay. The BMW Open was the quintessential duel between a revolutionary, risky style and an imaginative yet traditional skillset.

For Cantlay, it was the culmination of a textbook methodology — with the added bonus of an immaculate short game. While DeChambeau outmuscled Cantlay by driving an additional 20 yards further every fairway, Cantlay used his opponent’s style to his own advantage, hitting before DeChambeau and building pressure that would pay off in the playoff round.

There was no lack of drama at Caves Valley as crowds bore witness to one of the more exciting battles of this year’s PGA Tour season. DeChambeau brought out the fist pump after sinking a birdie putt on the 16th hole and tipped his cap to the gallery as he walked to the 18th hole.

In response, Cantlay calmly sunk an 8-foot putt on the 16th and a clutch 22-foot birdie putt on the final hole of regulation to preserve his chances of winning the BMW Open Championship.

But DeChambeau’s prior flair wasn’t at all unprompted. Earlier in the day, as he stood over his ball and crafted his approach to the 14th hole, DeChambeau was disturbed when Cantlay walked up the fairway. DeChambeau proceeded to back off his approach and sternly ask his opponent to “stop walking.”

Cantlay later recalled his motivation behind the incident as an effort to speed up the game and please officials. He referred to DeChambeau’s comment saying that it was “no big deal.” For his part, DeChambeau refused to speak to most of the media, except those reporters that had PGA partnerships.

DeChambeau was also perturbed by Cantlay’s efforts to analyze 2-foot putts on the front nine holes, rolling his eyes in frustration.

Besides missing earlier chances to put away Dechambeau in regulation, Cantlay relied on an almost perfect short game to outlast his competitor. Errors on the 16th hole were corrected by a par-saving putt. A tee shot sent into the water was remedied by a bogey.

All the while, fans of Cantlay sprouted up from the sidelines, shouting his nickname: “Patty Ice.”

Later, DeChambeau matched Cantlay hole-for-hole in the sudden-death playoff, and both made their fair share of mistakes and masterful shots. Ultimately, DeChambeau’s struggles with putting throughout the competition were too much to overcome. His failure to close out Cantlay in the final hole of regulation with a birdie putt only added to the mounting stress and put the match out of reach.

On the fifth hole of the playoff round, Dechambeau hit a wedge shot within six feet of the hole. He seemed destined to take home the trophy — just as he had in the 2020 U.S. Open — until Cantlay dropped right inside DeChambeau’s ball to a two-foot length from the pin. The result drew a roar from the crowd at Caves Valley. Both players made their birdies.

It was the sixth and final hole of the competition that sealed Cantlay’s fifth overall PGA Tour victory. Cantlay drilled a 17-foot birdie putt, and DeChambeau’s 9-footer plunged below the hole.

The BMW Open bore a remarkable scorecard for most of the contenders. DeChambeau posted a 261 and didn’t take home a trophy. He finished in second place with a score of 23-under, followed by Rory McIlroy who posted 22-under.

Cantlay’s incredible start to the season was capped off by an automatic bid to the U.S. Ryder Cup team. He now has three victories to lead the PGA Tour this season, and holds a two-stroke lead ahead of Tony Finau as they head into the Tour Championship. If he remains ahead of Finau, Cantlay would win the FedEx Cup and its $15 million purse.