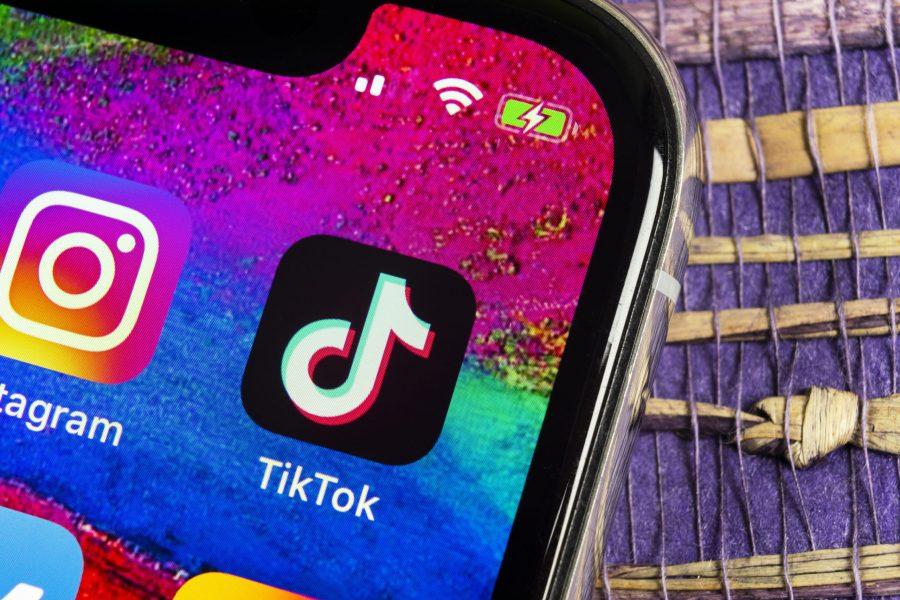 Everyone and their mothers have heard of TikTok. With its fun dancing videos, cute dog clips, musical masterpieces and more, the popular social media app has created a new kind of fame. Before TikTok, social media influencers gained popularity through other social media platforms like YouTube, Vine and Instagram. Now, influencers can make a short 30-second video (or a longer 60-second if they’re feeling ambitious) in an attempt to get on the “For You” page and gain attention from viewers all over the world.

For those who use the app somewhat frequently, you have probably heard of “drivers license” by the 18-year-old Olivia Rodrigo. Rodrigo’s single blew up on TikTok due to her amazing vocals — a sound and vibe similar to that of Lorde’s “Green Light” — and her powerful lyrics about heartbreak. Rodrigo rose to stardom through her role of Nina on Disney’s “High School Musical: The Musical: The Series” — the TV series located and based on the movie, “High School Musical”. After a tragic breakup with her co-star, Joshua Bassett, Rodrigo released “Drivers License” as a subtle jab at him and his new girlfriend Sabrina Carpenter. The song skyrocketed to the top of the charts due to the song’s inherent drama and TikTok’s “For You” Page. Hundreds of accounts began using the song as a sound for their short clips — and her original post accrued thousands of views in only one night.

This young artist became a teenage idol overnight … but she wasn’t done just yet. Rodrigo continued to release singles off of her upcoming album like “Deja Vu” and “good 4 u”, each of which referenced the same drama and energy found in “drivers license.” Instantly, TikTok users and creators alike were absolutely hooked. With every single released, more and more videos were created on TikTok, further boosting Rodrigo’s fame.

On May 21, Olivia Rodrigo finally released her long-awaited debut album, “Sour”, which included her hit singles. Since its release, “Sour” has been number one on the Billboard 200 chart for four weeks on three separate occasions and has become a staple of TikTok success.

However, in the past month or so, these concerns have been resolved and largely silenced. The app was recently split between Chinese territory and U.S. territory. Non-Chinese users are guaranteed privacy while using the app in the United States.

Of course, users should still be careful when sharing personal information on any social media platform because — as your mother always told you —once it’s on the Internet, it’s out there forever. In the end, users must be cognizant of the fact that anything they post is free for the rest of the world to see.

TikTok tries its best to remove inappropriate and hurtful content in an attempt to make the app a safe place for all people. There will always be haters, but at least TikTok tries to make their app peaceful.

All social media outlets have their pros and cons, but for many small artists, TikTok has provided an opportunity for additional exposure and career successes. Along with Olivia Rodrigo, artists like Megan Thee Stallion, The Kid Laroi, Conan Gray, FINNEAS, Doja Cat and many more have gained thousands of fans from TikTok videos of people dancing, singing or playing their songs.

Personally, I enjoy listening to Peter McPoland, Sitting On Stacy, Clinton Kane, Caity Baser, OSTON and so many other small artists. Some musicians like Peter McPoland and Sitting On Stacy were lucky enough to sign record deals and go on tour as a result of their newfound TikTok fame. So, next time you’re scrolling through your “For You” Page, check out the singers who appear. You never know who could be the next Olivia Rodrigo.