Activists must listen to and believe survivors 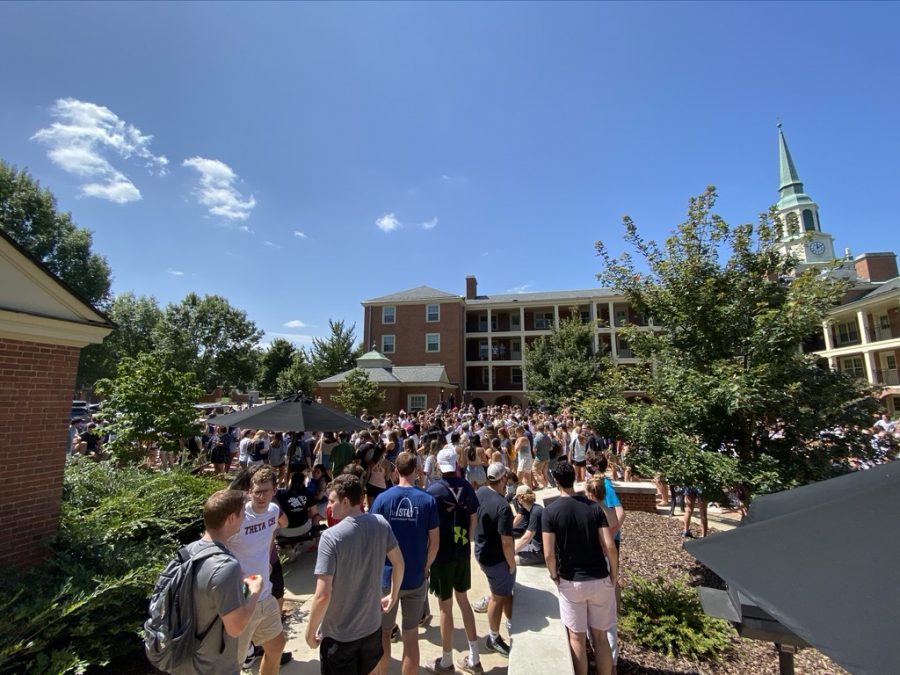 “Do better, Wake!” This phrase crowded my Instagram feed all day Saturday. As a survivor of sexual assault, it is tiring to be reminded all day of my recent trauma. What does ‘do better’ mean? How does ‘do better’ help people? Accountability is great, but I’m exhausted.

Don’t get me wrong. The student movement demeaning justice for survivors of sexual violence is a valiant one. Still, it could use some improvement in terms of the way it considers survivors. This is not a new trend — a movement for a specific group being taken from that specific group.

In May 2020, there was a large discussion surrounding performative activism from white folk with the best of intentions around racial justice, and this is an issue in the same vein. It’s not about the non-survivors, it’s not about your allyship. This movement is ultimately about the people it’s for — the survivors of sexual assault on this campus. If you do not identify as a survivor of sexual assault, please consider how performative your actions were this weekend; you must be working to educate yourself on these issues.

I thought I was a great ally until I was raped. Then I realized how little I knew about sexual trauma and violence. There is a lot that goes unspoken, and even more that is just not believed.

I’ve found that there’s a lack of education surrounding language and trauma. While being careful not to speak for an entire group of people whom I do not represent, I am still willing to say that seeing the word ‘rape’ plastered around social media all day is insanely hard to cope with. When you say rape or rapist, when you Sharpie it onto a sign to post on Instagram, the real damage is done.

Again, I think the student effort to enact change on campus is absolutely amazing. At the same time, language is important. Trying to use words softer than ‘rape’ when posting in a public space such as Instagram is important. Of course, there are times when such graphic language is valuable, especially when you’re a survivor claiming a word or label for your trauma that nothing can truly describe. Keeping this in mind, though, it makes sense why something so monumental, such as ‘rape,’ should not be a word that’s thrown around in every other Instagram story, especially those posed by individuals who don’t know what that word really means.

Imagine what Saturday looked like for many survivors — you can’t study because there are people chanting the word ‘rapist’ outside your window and it’s impossible to not begin to think about your own experience. The anger and hatred from the people in your courtyard begin to rub off on you, and you feel cold inside — that sort of coldness that comes with knowing you can’t change anything that happened to you. It’s easier to shut down than it is to participate, and while everyone is talking about what happened, no one is talking about what happens or is happening to you.

Being a survivor of a traumatic event can be the loneliest feeling in the world. There are just no words to describe the feeling of knowing that even your closest confidants couldn’t handle the graphic nature of what happened to you. Many of the people who stood in Poteat courtyard will demand accountability in this specific case, whilst also defending their friend who ‘just made a mistake.’ I think a lot of what bothered me about Saturday was the trendiness of being ‘woke.’

Putting a video of people marching with a caption like ‘do better’ feels empty. Activism is about more than words, it’s about action. Hold your friends accountable, actually support survivors.