The Winston-Salem open took place from Aug. 22-28 and featured many upsets 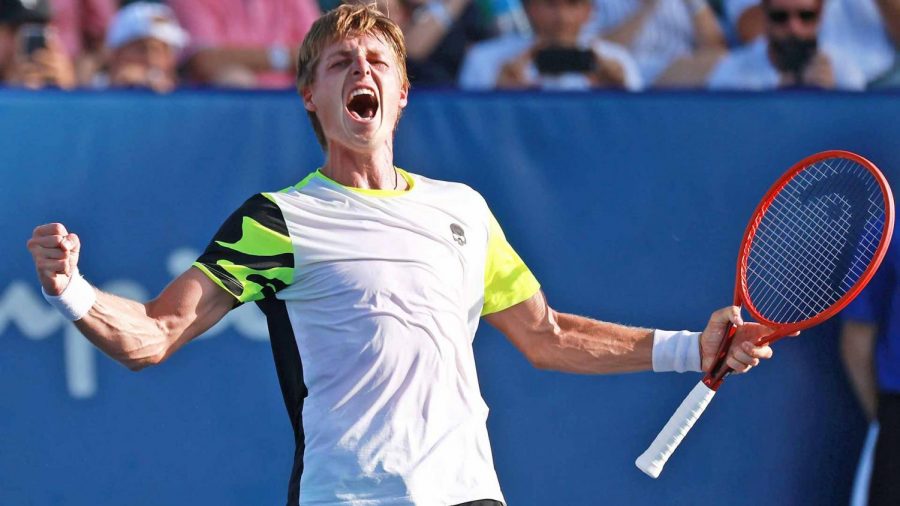 Ilya Ivashka overcame some of the top competitors in the world at the Winston-Salem Open en route to his first career ATP Title.

For the 10th consecutive year, Winston-Salem and Wake Forest University hosted an ATP tour event that featured some of the top competitors in the world. The Winston-Salem Open has been a staple in the community since 2011 and is the last men’s tournament on the U.S. open series prior to the U.S. Open. Wake Forest University provides the tennis courts, and players travel from across the world to vie for the title. This year, 64 single players and 16 doubles teams looked to take home the massive $717,955 sum.

In a true year of upsets, it was only fitting that the ATP tour singles title would find itself a new victor. Ilya Ivashka — ranked 63rd in the world — became the first player from Belarus to win in nearly two decades. He is just the sixth player this year outside the top-50 to take home a title, making the biggest upset in Winston-Salem open history.

The victory was not a surprise to the Belarus star, however, who lost just one set through six tournament matches. The domination continued when the 27-year-old won the final in straight sets — 6-0 and 6-2 — while taking down the No.1 seed, Pablo Carreno Busta, in the quarterfinals. He also took down Andreas Seppi, Marin Cilic, Jan-Lennard Struff, Emil Russuvuori and Michael Ymer on his title run. The victories were against four top-100 caliber opponents with Cilic at No. 36, Struff at No. 52, Russuvori at No. 66 and Seppi at No. 89.

As a result of his astonishing finish, Ivashka moved up 10 spots to a career-high No. 53 in the FedEx ATP rankings. He was ranked No. 116 back on Mar. 22 and has been on the rise all summer.

As for the doubles bracket, the unseeded duo of Marcelo Arévalo and Matwé Middelkoop came out on top. The pair has roots in Salvador (Arévalo) and the Netherlands (Middelkoop), and took down the group of Ivan Dodig and Austin Krajicek to claim their first title as a team this season. The match was tight — the sets finished 6-7, 7-5 and 10-7. Despite 10 aces (just two for their opponent), the Croatian (Dodig) and the American (Krajicek) did not pull away.

During the tournament, Arévalo and Middelkoop outmatched the duos of Andrey Golubev and Andreas Mies, Luke Saville and John-Patrick Smith, Oliver Marach and Philipp Oswald before advancing to the final.

Following the Winston-Salem Open, Middelkoop moved his ranking six spots higher to No. 28, while his partner Arévalo rose three spots to No. 36. Runner-up Krajicek climbed four spots to No. 44 and his counterpart Dodig remained at No.12 in the world.

The ATP tour circuit features 64 tournaments in 31 countries and on all seven continents. Novak Djokovic, Daniil Medvedev and Stefanos Tsitsipas currently rank atop the singles leaderboard while Mate Pavic, Nikola Mektic and Nicolas Mahut headline the doubles bracket. The tournament prize money averages a 50% increase at each event — the stakes continue to get higher as does the quality of play.