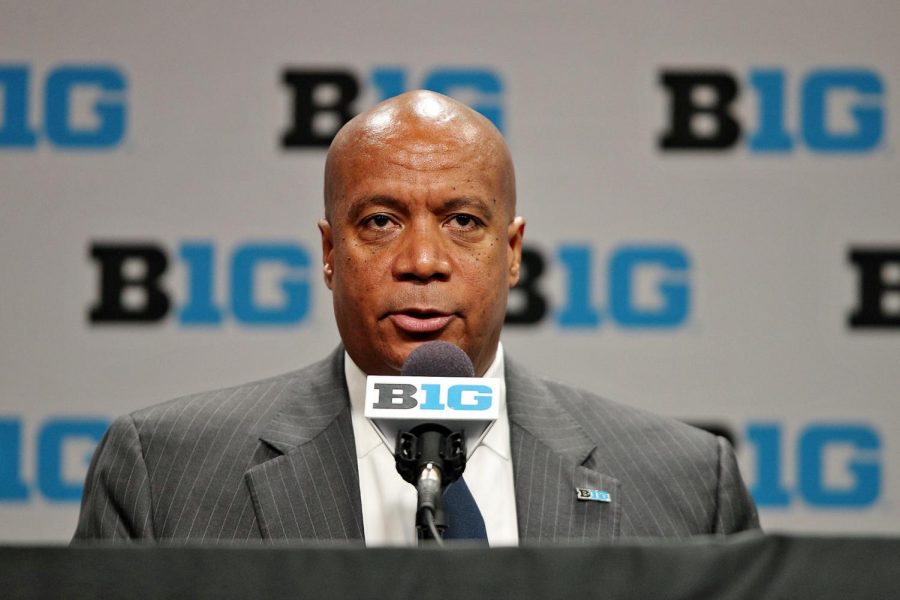 Big Ten Commissioner Kevin Warren is a proponent of the merger announced last week and defended the absence of a signed agreement.

The Southeastern Conference has long been a powerhouse, intimidating any colleges not under its leadership. In order to counter the SEC’s strength, on Aug. 24, three major college conferences (the Atlantic Coastal Conference, Big Ten and Pac-12) formed a coalition.

These three conferences — which include a total of 41 universities — seem to be responding to the big announcements of the University of Oklahoma and the University of Texas. Both institutions declared they would leave the Big-12 Conference and join the SEC by July 1, 2025, bringing the total to a whopping 16 schools.

The alliance will mainly impact basketball and football, and one possible result could be the tripling of the size of the College Football Playoff (from four teams to 12). While there was no official contract signed for the merger, Big Ten Commissioner Kevin Warren expressed hope that the alignment would grant “some much-needed stability in college athletics.”

“The ACC, Big Ten and Pac-12 recognize the unique environment and challenges currently facing intercollegiate athletics, and we are proud and confident in this timely and necessary alliance that brings together like-minded institutions and conferences focused on the overall educational missions of our preeminent institutions,” ACC Commissioner Jim Phillips said.

Phillips continued: “The alliance will ensure that the educational outcomes and experiences for student-athletes participating at the highest level of collegiate athletics will remain the driving factor in all decisions moving forward.”

Proponents of the merger are citing the betterment of the student populations as one main reason behind the decision.

“Through this alliance, we furthered our commitment to our student-athletes by prioritizing our academics and athletics value systems,” Warren said. “We are creating opportunities for student-athletes to have elite competition and are taking the necessary steps to shape and stabilize the future of college athletics.”

A new focus on scheduling has led to the opportunity for new inter-conference games. Beyond just logistics and schedules, other significant topics that the three conferences have committed to reform include academic support, diversity, equity, inclusion, social justice and gender equity.

While further information on how the merger will impact specific organizations or personnel has not yet been released, college sports fans can be assured that the future will hold changes and opportunities for rivalries that had never previously existed. Football fans, in particular, can rest easy, though, as the organizations have expressed a commitment to honoring historic traditions, especially those relating to the most well-known rivalries.

In both women’s and men’s basketball, the ACC, Big Ten and Pac-12 will add early and mid-season games, along with annual events that include games between the three leagues, to each team’s schedule.

Apart from a vague list of values that the three leagues are committed to upholding, not much else has been revealed about the agreement. There is no set date for when any changes will go into effect, or even what those exact changes will be.

Nonetheless, if the coalition is able to achieve better conditions for its student-athletes while still maintaining the integrity and tradition of each college’s program, this move could be monumental.