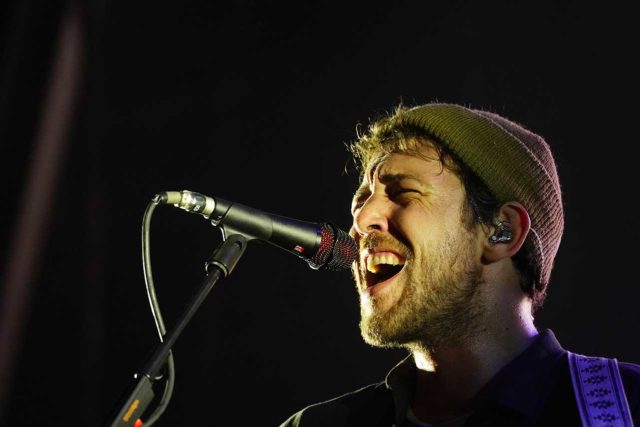 Perhaps I only speak for myself on the last one, but I think fall begets a distinct genre of music. I am referring to the kind of sonic experience that fills one’s mind with the crispness of a damp October morning and the scent of fresh-pressed apple cider. For this reason, I would like to take the opportunity to introduce you to my favorite fall album: “Helplessness Blues”.

Hailing from Seattle, Wa., the Fleet Foxes are an indie-folk band known for their soothing instrumentals and descriptive imagery. From the album cover to the closing song, everything about “Helplessness Blues” exudes autumn. Music critic and renowned melon-head Anthony Fantano described the LP as “the most romantic album of 2011.” It features ambitious and ethereal instrumentals that complement the intricate, emotional storytelling of Robin Pecknold. Each track adds to the album in a cohesive manner, allowing the themes of self-discovery, existentialism, romance, nostalgia and rebirth to build upon each other and form a holistic and comprehensive picture.

While my favorite song on the album is undoubtedly the titular track, “Helplessness Blues” I would suggest to anyone looking to get into the Fleet Foxes to first listen to “Sim Sala Bim” or — if time permits ​​— to listen to the album in its entirety. The juxtaposition between the upbeat drums and floaty atmosphere on “Lorelai” and the despondent lyricism on “Blue Spotted Tail” are indicative of a duality that transcends the entirety of the LP. The tension between growth and decay — along with joy and sadness — mirrors that of fall. The melancholy spectacle of barren trees is balanced out by the beauty of fallen leaves, and the lost warmth of summer is found in the crackle of a fireplace.

Every time I revisit this masterpiece, there is something entirely new to discover. The subtle intricacies are what make the project so great, and they make each listening experience feel fresh and unique. Grounded in a light-academia aesthetic, the album does not shy away from the forlorn, but instead embraces it, putting these sentiments in a positive light. For example, “The Shrine/An Argument” follows an individual experiencing the grief of a failed relationship who ultimately concludes that they can find happiness anywhere and in anything. The message is a profound one: though times may be tough right now, there is always tomorrow.

I think Helplessness Blues is special because it encapsulates all of the emotions that accompany fall and also provides pleasant and soothing sounds that linger in the mind for days to come. It is both powerful and understated, and I think it has something for everyone. So, if you find yourself looking to branch out musically, or if you have been searching for the perfect album to accompany your leisurely stroll through an apple orchard at dusk, I hope you will give “Helplessness Blues” a chance. It may just become the soundtrack to your fall.