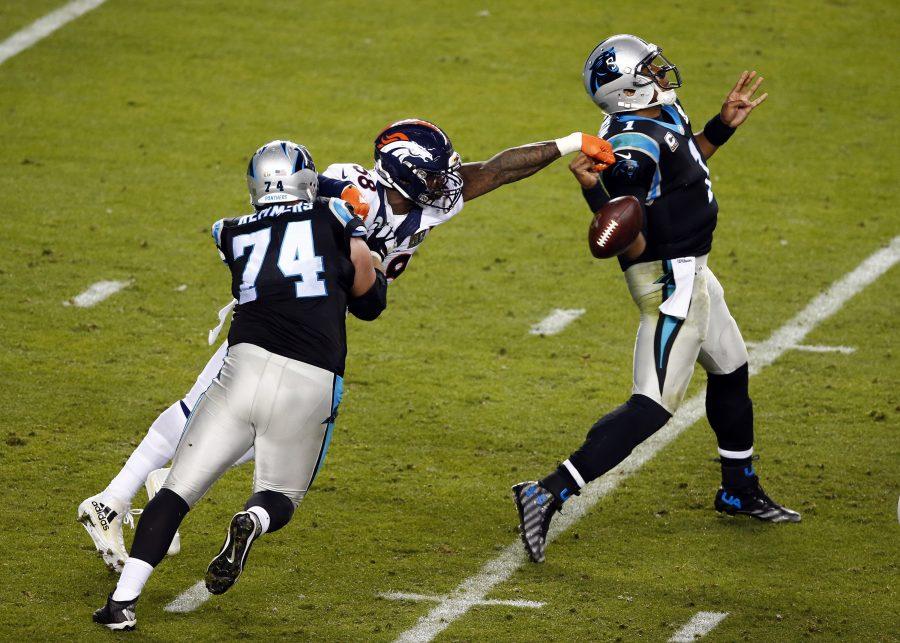 The Panthers, led by MVP Cam Newton, were looking to bring home their first Super Bowl title on just their second trip to the big game in franchise history.

The Broncos, led by veteran Peyton Manning, were looking for their third trophy in team history.

Following Lady Gaga’s rendition of the National Anthem, the game was underway.

The Broncos, and their highly ranked defense, came out firing on all cylinders as they took an early 10-0 lead. Manning, who had a sub-par performance, threw for a total 141 yards on 13 completions and caused two turnovers.

CJ Anderson, Broncos running back, ran for 90 yards on 23 carries with a touchdown.

The Bronco defense was responsible for sacking Cam Newton seven times and causing a total of four turnovers — an unlikely attribute to the Carolina offense.

Miller, himself, was responsible for two of those turnovers as the Panthers fumbled the ball upon impact. Both turnovers caused by Miller led to the only two Bronco touchdowns of the game.

On the other side, the Panthers kept the game within reach until late in the fourth quarter.

Cam Newton was not his usual self. He turned the ball over three times and failed to produce a touchdown for the first time this season.

Jonathan Stewart had the team’s only touchdown and Graham Gano hit one out of two field goals — with the first bouncing off the post.

Ultimately, in a game that had little offense, it came down to which team had the better defense; it was clearly the Denver Broncos.

In an up-and-down season, the Denver Broncos held off the Carolina Panthers and secured their third Super Bowl win in franchise history with a 24-10 victory.

Von Miller, with his incredible defensive performance, was the Super Bowl MVP.

In what may have been the final game of Peyton Manning’s career, the NFL icon leaves the league with his 200th career win and a Super Bowl Champion.