Life Through the Lens – Aine Pierre 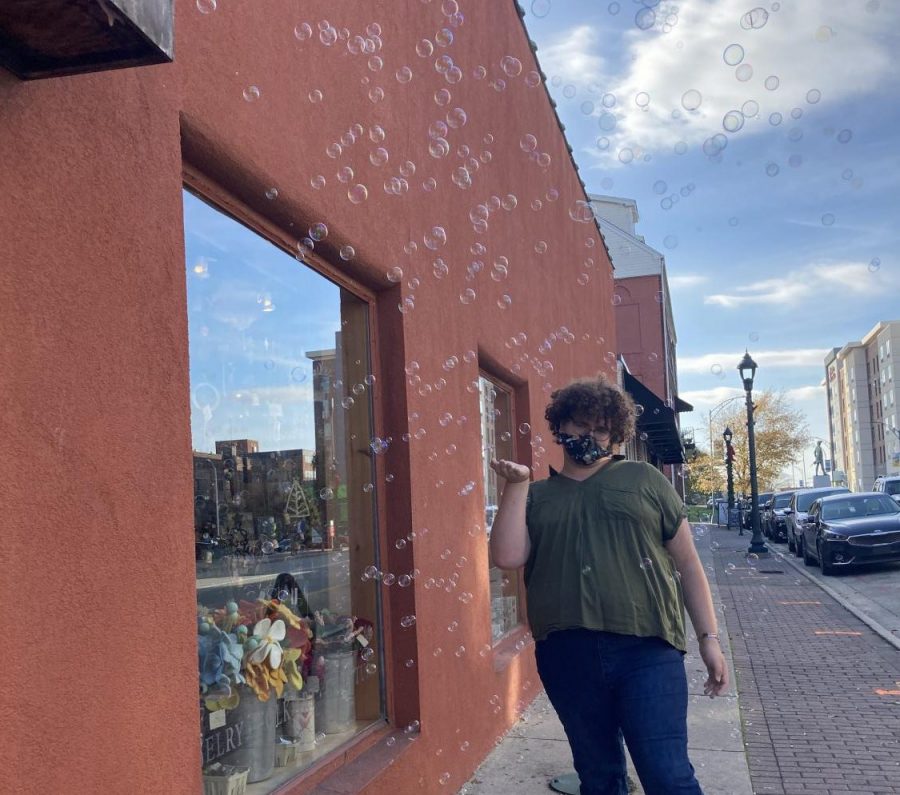 Joe Cho and I are extremely grateful for the support we received on last week’s edition of the Life Through The Lens column. We were hesitant — and honestly, a bit anxious — to publish and introduce the column, however, the support was tremendous and meant a lot to both Joe and me. That there was a genuine presence of empathy and support from students did not go unnoticed.

As such, I hope that this column will continue to be a platform where we can share the stories of individuals like Joe and me. If you are interested in writing for this column, please contact me ([email protected])

In this edition, the column features Aine Pierre. Aine is a sophomore from Cherry Hill, NJ. She is currently majoring in Classical Studies and History. Aine works as the News Editor for the Old Gold & Black, and she also serves as parliamentarian for Student Government.

It’s a peculiar thing to watch your identity come to the fore in real-time.

When I was five years old, I couldn’t pronounce the word “store”, which speaks to the ineptness of my knowledge on the concepts of gender identity and being transgender. But I did know I wanted — more than anything in the world — to be a girl.

Somewhere in the “girls rule, boys drool”, cooties-fearing, princesses and monster trucks world of 2007 pre-kindergarten, I decided which team I was on. Unfortunately, my body had other ideas, but that did not stop my curiosity nor my imagination.

In our nightly pre-bedtime talks, I would interrogate my mother about all aspects of traditionally social femininity — makeup, dresses, etc. — and at night, I would dream about putting on a red dress and mascara and taking the town by storm.

Then, I made the mistake of telling my grandmother. My grandmother was raised by Polish immigrants in the 1940s, and her entire family is comprised of strict social conservatives. So, when I told her I wanted to be like one of the female characters from “We Sing in the Marvelous Musical Mansion,” it did not go well.

It was almost a decade before I brought up my fantasies of being a girl again. In the intervening years, the U.S. Supreme Court ruled that gay marriage was a right, North Carolina passed — and repealed — one of the most restrictive “bathroom bills” in the United States, I became a Jewish adult, my cousins on my mother’s side made numerous transphobic jokes and Donald Trump was elected president of the United States.

It was in a conversation with one of my friends that had already come out as transgender that I realized I identified with a lot of their experiences. I had pushed down the femininity in me in favor of the toxically masculine. I am still — three years on — trying to unlearn some of the things I did to mask my femininity.

Step one after realizing I was transgender was to decide on a new name: Aine Violet Pierre. My full name is actually a pun, which I think is a pretty accurate representation of myself. “Aine” means splendorous. Violet is obviously a purple hue. Pierre is the French word for stone. So together, my name is a play on Amythest, which was also on my shortlist.

I had this eureka moment in a Chemistry class.

Two months after choosing my name, I went to a pride parade with one of my best friends, Nadia. After a day of being gendered correctly and called by the correct name, I never wanted to go back. On the train ride home from Philadelphia, I queued up an Instagram post and revealed my transness to the world.

Three years later, and I am still navigating this new world I entered three-and-change years ago. I still get misgendered a lot, and it stings. I also sometimes have to use my deadname — the name I used before I came out — although I have to do that less often now that I’ve changed my legal name.

In many ways, I have been extraordinarily lucky. Both of my parents are supportive, and I have never been abandoned for my transness (that I know of). I have had isolated encounters with transphobia, but those have almost solely come from lay jerks hurling slurs. I can brush those off.

What I cannot brush off is the wave of anti-trans legislation that has swept the United States. My heart hurts for trans people in Tennessee, Texas and Florida. Especially the children.

When you have a marginalized identity (or multiple), you realize that a lot of people are just going to hate you for who you are. You learn about the atrocities committed on your ancestors, and you pray that the world has changed, but also that you can do even more to change it. My identities are complicated, though; neither is always obvious.

You may be able to tell I’m Jewish by my curly hair or my affinity for humming Jewish prayers, but if you have no reference point, you might pass me by. If I’m presenting masculine or if I’m passing, you may not realize that I am a woman with a penis.

So, I’m often in a period of limbo, where I don’t know if people are nice — or at least, not hostile — to me because they genuinely accept me or because they do not know who I am in relation to society. As if my social anxiety weren’t bad enough.