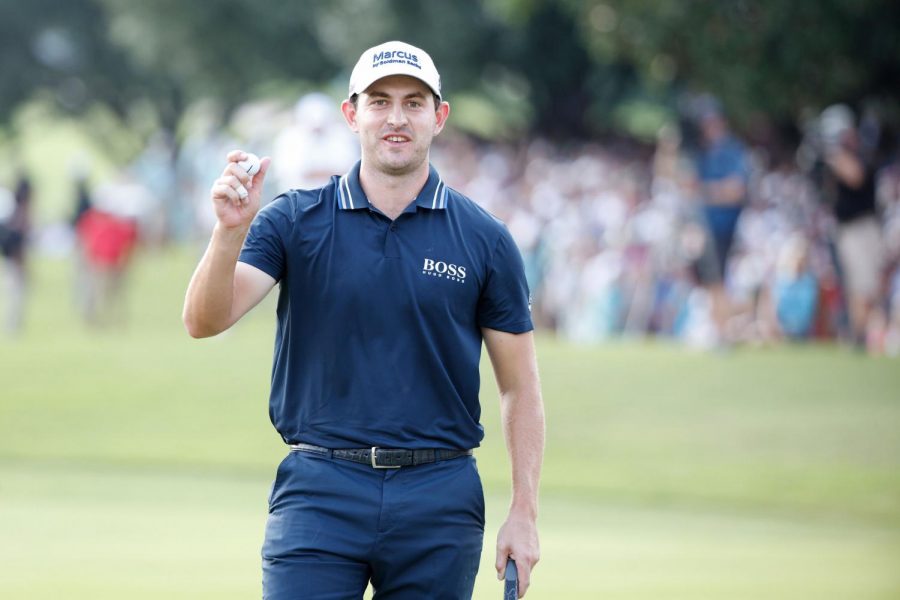 This week, the 2021 PGA Tour season reached its zenith with Patrick Cantlay winning his first FedEx Cup title and bringing home the whopping $15 million prize. Cantlay, who was widely regarded as a household name before this year, had burst onto the scene by winning three tournaments and leading the FedEx Cup standings coming into the week.

Cantlay and runner-up John Rahm, who finished one shot behind, were paired together for the final round, and started the day several shots clear of third place. It was a two-man race for the entire day, with Cantlay trying desperately to fend off the charging Rahm. Rahm was steady, carding a bogey-free 68, but it was not enough to catch Cantlay, who started the day with a two-shot lead.

Despite the cushion, the match came down to the final hole, a par five at the historic East Lake Golf Club in Atlanta, which has yielded many fantastic finishes over the years. This one was just as electrifying.

Down by one shot on the 72nd hole, Rahm gave it everything he had, nearly holing a 231 yard 5-iron, which would have almost definitely won him the tournament. With Rahm looking at a birdie that would move him into a tie for the lead, Cantlay knew he would have to answer with a shot of his own.

With $15 million on the line, Cantlay hit a perfect six-iron from 217 yards to 11 feet, all but guaranteeing himself the victory. Rahm’s chip from the fringe missed barely to the left, after which he hung his head, knowing what would come next. An easy two-putt from Cantlay and the trophy was his. After a grueling 72 holes under some of the most intense pressure in golf, Cantlay prevailed, but not without some help from the relatively new format in place at the Tour Championship.

More points than usual were up for grabs, and the winner of the championship often finished with the most points for the season, earning them the FedEx Cup. After Tiger Woods won the Tour Championship in 2018, but failed to earn the most points (Justin Rose would win the FedEx cup), the tour switched formats.

Now, players who come into the week with the most points have a head start, beginning the tournament already several strokes under par, depending on how many points they have. While this does prevent situations like 2018 from arising, the format feels strange to many fans.

Cantlay started the tournament at 10 under par and with a four-shot lead over Rahm, which would prove to be the deciding factor that led to his victory. Both Rahm and another golfer, Kevin Na, had the lowest four-day totals without the head starts awarded based on points.

The quest for the FedEx Cup wasn’t the only competition which captured fans’ attention over the weekend. Following Brooks Koepka’s withdrawal due to a wrist injury, the field was left with an odd number of players.

Because players usually go out in groups of two on the weekend, Joaquin Niemann, who started his Sunday last in the field, teed off alone to start the final round. With no one in front of him, and 22 shots off the lead to start the day, Niemann was free to play as fast as he liked.

What followed was one hour and 53 minutes of pure entertainment. Niemann raced around the course, literally running in between shots, in an effort to break the record for the fastest round on tour. That record was set at 1 hour and 59 minutes by Kevin Na, whose group was ironically warned for slow play the same day.

The highlight of Niemann’s day came on the difficult par-three 15th hole. After his approach landed safely aboard, he raced up the green and proceeded to pour in a 28 footer for his lone birdie on the day. Lost in this story is Niemann’s caddy, who was responsible for carrying Niemann’s bag for the nearly two-hour round. Bags on the PGA tour can weigh up to 50 pounds, and caddy Gary Mathews was tasked with keeping up pace with the 22-year-old Niemann.

Niemann finished last and won’t be in for much of a payday, but hopefully, he’ll give his caddy a bit more than the customary 10%. He’s certainly earned it.