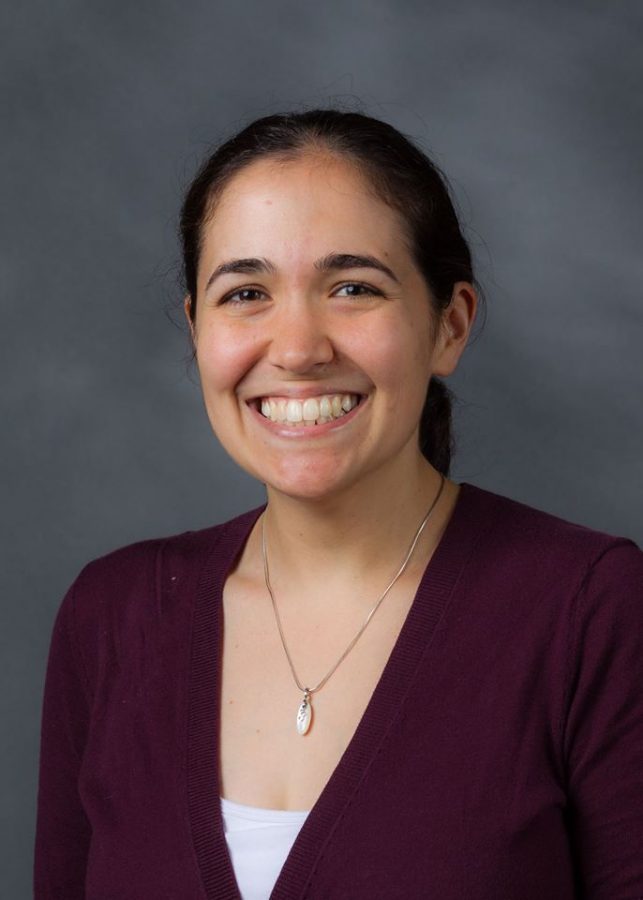 Dr. Kristina Gupta has been a professor in the Women’s, Gender and Sexuality Studies Department since 2014, receiving tenure status in 2020. Gupta recently published a book titled “Medical Entanglements: Rethinking Feminist Debates about Healthcare” and is in the process of writing a book about contemporary asexual identities.

How did you get started in the Women’s, Gender and Sexuality Studies field?

I sort of always considered myself a feminist. I went to Georgetown for undergrad, and although they’re technically not Catholic in a lot of ways — in terms of reproductive health — they’re still very Catholic. So I got involved in a sexual and reproductive health and rights group right away. And then I found out that there was a department of women’s studies — at the time it was just called women’s studies. So I took my first class and I really, really enjoyed it. I was basically hooked from that point on.

What I think it did for me and what I hope it does for students is that it just offered me a whole new lens through which to see the world. It gives you a lens through to start asking questions about power, like, “what’s going on here?”, “how does it come to be?”, “who’s benefiting from it,  and who’s being disadvantaged by it?”; and “what processes are sustaining it?”. It’s empowering to realize that things can seem to be natural or are a certain way, but in fact, they came to be in this way, and they don’t always have to be that way. So that was what was really exciting about women’s studies for me, and what I hope is still exciting about it for students.

You said that your role as an instructor is half scholar, half teacher. What are you working on research-wise?

So, I finished my book, then got tenure on the basis of that book, and then the pandemic hit. So, in that sense, there was this lull in my scholarship. But what I’m working on right now has to do with my dissertation on contemporary asexual identities. I didn’t end up turning my dissertation into a book, which a lot of people do, and so now I’m actually going back to some of that work. I want to expand it into a book that’s focused on asexuality and science, and basically how different scientific research has enforced what we call compulsory sexuality —  or the idea that somebody should have a certain level of sexual desire  — and that being asexual is somehow dysfunctional in some way. So looking at how different scientific research has contributed to the idea of the norms of compulsory sexuality.

Last week you sent out an email in support of students expressing their concerns about sexual abuse but you also harped on the need for intersectionality. What do you think the best course of action is, both short-term and long-term?

It’s really complicated, it’s multi-layered and it’s intensely difficult. We can’t ignore this racist history in regards to sexual violence in the present. That racist history is part of any kind of response to or understanding of sexual violence. So, it’s actually quite difficult to support survivors and — in this case — not reinforce racist ideas about who’s a sexual predator, for example. So it’s quite, quite complicated.

I think in terms of moving forward, it’d be helpful to try to use this as an opportunity to sit and think more systemically about what contributes to rape culture, how can we address that and simultaneously address how institutional racism is present at Wake Forest. Let’s address that.

Women’s gender and sexuality studies is trying to say “okay, let’s see what systems are at play here, and let’s see about how we can alter those systems such that it’s better in the future.” And in terms of sexual violence, can we alter those systems such that we’re preventing it before it happens, and respond to it appropriately when it does happen? What happens is incredibly important because it has a huge impact on people. But can we put more thought and effort into preventing it from happening in the first place?

A lot of what folks have talked about in terms of sexual violence at college campuses, specifically, is in regards to rethinking things like the social scene and the party scene. There’s quite a bit of evidence that how a party is set up can make sexual misconduct more likely. So, what can we change to decrease that risk? Picking people up, driving them to a fraternity house, dropping them off, but not giving them any way to leave, or confiscating their cell phones can contribute to that risk. And those are some of the things that can be changed — not easily — but can be changed and would reduce risk.

So those are some of the practical studies along with the kind of broader societal changes about respecting people’s bodily autonomy, practicing consent — good consent practices — and challenging power imbalances in general.

These are loaded emotional topics. How do you go about talking about this to your classes?

In most classes I teach, there are folks who are either direct survivors of some kind of sexual violence or who know how this has affected somebody they’re close to. Different faculty handle it in different ways — I mean, there’s a whole conversation about trigger warnings. But for me, I made it very clear on my syllabus. When you’re going into this class, we’re going to be talking about these kinds of issues. For my intro class, I do say in my syllabus if you think that this is going to be difficult for you to discuss, you can come talk to me and we’ll figure out what about it might be difficult for you and if there are alternative ways that we can do this.

I find that for me, particularly, reading an academic discussion of survey results is not as difficult as reading a personal narrative in which there’s a graphic depiction of a sexual assault. There is also some material that is just more difficult, and I tend not to assign that in class. It’s important to grapple with that kind of stuff, too, but not in a sort of “everybody has to do it right now in this particular way” kind of manner.