After the first stage of the qualification round, the U.S. sits in the final World Cup spot 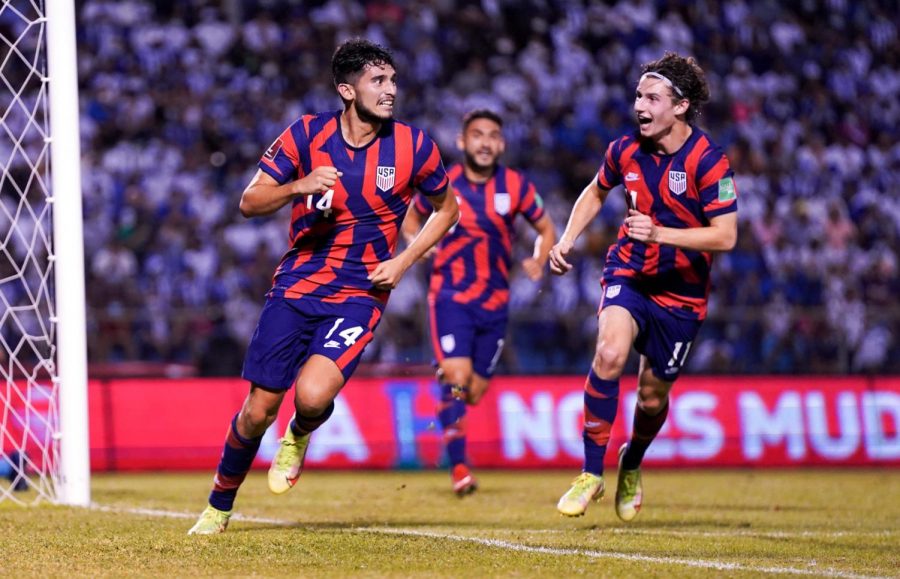 After five frustrating halves of soccer, the U.S. Men’s National Team (USMNT) finally built some momentum in the CONCACAF World Cup qualifying tournament Wednesday night with a four-goal second half that propelled them to a win against Honduras.

The USMNT struggled in its first two games against El Salvador and Canada, with both contests ending in draws. The 0-0 draw against El Salvador wasn’t cause for much concern; it was on the road, and in what was the first World Cup qualifying match ever for many players on the team.

The team created chances, with a 13-7 advantage in shots and a 1.68-0.29 advantage in expected goals (a metric that measures the quality of chances), but just couldn’t finish. The match against Canada, however, was cause for much more concern. The U.S. dominated possession (72%), but were unable to put pressure on the Canadian midfield. Overall, the team looked far too tentative.

These results were all the more disappointing given the recent success of the USMNT. Earlier this year, they won both the inaugural CONCACAF Nations League and the CONCACAF Gold Cup, with the Nations League win featuring a lineup largely similar to the current World Cup Qualifying roster. The U.S. climbed to No. 10 worldwide in the most recent FIFA rankings, creating sky-high expectations for this tournament.

These disappointing results, and the fact that the U.S. was missing three typical starters (Sergino Dest, Gio Reyna and Weston McKennie) created a lot of tension heading into the 3rd match against Honduras, and the first half did little to alleviate it. In front of a lively Honduras home crowd, the U.S. looked as flat and aimless as they did against Canada.

Manager Gregg Berhalter switched to a 3-4-3 formation for this match, and Honduras thrived against it the entire half. The midfielders were forced to cover too much ground, allowing Honduras to move the ball around a lot and put pressure on the U.S. defense. This led to Honduras scoring the match’s first goal, a diving, acrobatic header by Brayan Moya off of a perfectly placed cross from Edwin Rodriguez. The U.S. went into halftime looking completely disjointed, their prospects bleak.

The second half, however, was a completely different story.

Berhalter made three substitutions at the half, taking George Bello, John Brooks and Josh Sargent out for Antonee Robinson, Sebastian Lletget, and Brenden Aaronson. Additionally, he switched back to the 4-3-3 formation that had been used in the first two matches.

These changes immediately paid off, as Robinson quickly scored the equalizer in the 46th minute. Star player Christian Pulisic had to leave the game with an injury in the 58th minute, but the U.S. managed to continue their momentum.

After helping create the USMNT’s first goal, 18-year-old forward Ricardo Pepi, making his senior national team debut, scored in the 75th to give the U.S. their first lead. He further contributed to a superb performance with an assist to Aaronson, making the score 3-1. The U.S. piled it on with a fourth goal in stoppage time by Lletget.

Berhalter’s substitutes completely turned the match around, with all three halftime subs scoring and DeAndre Yedlin, who replaced James Sands in the second half, adding an assist. Overall, the team looked more aggressive and confident in that half than they had this entire qualifying window.

The win gave the U.S. three much-needed points towards World Cup qualification, bringing their total to five (they received one from each draw). This puts them in third place among the eight CONCACAF teams remaining in the final round of competition, behind Mexico and Canada.

In the new CONCACAF qualifying format, the top three teams at the end of the tournament will automatically qualify for the 2022 World Cup in Qatar. The fourth-place team will be sent to the Inter Confederation Playoff, where they will compete with the highest non-qualifying team from three other leagues for the final two spots in the World Cup.

With the win against Honduras, the USMNT is now in a good position to be in that top three, but they’ll have to hope their strong performance from the second half carries over when they resume international play against Jamaica on Oct. 7.